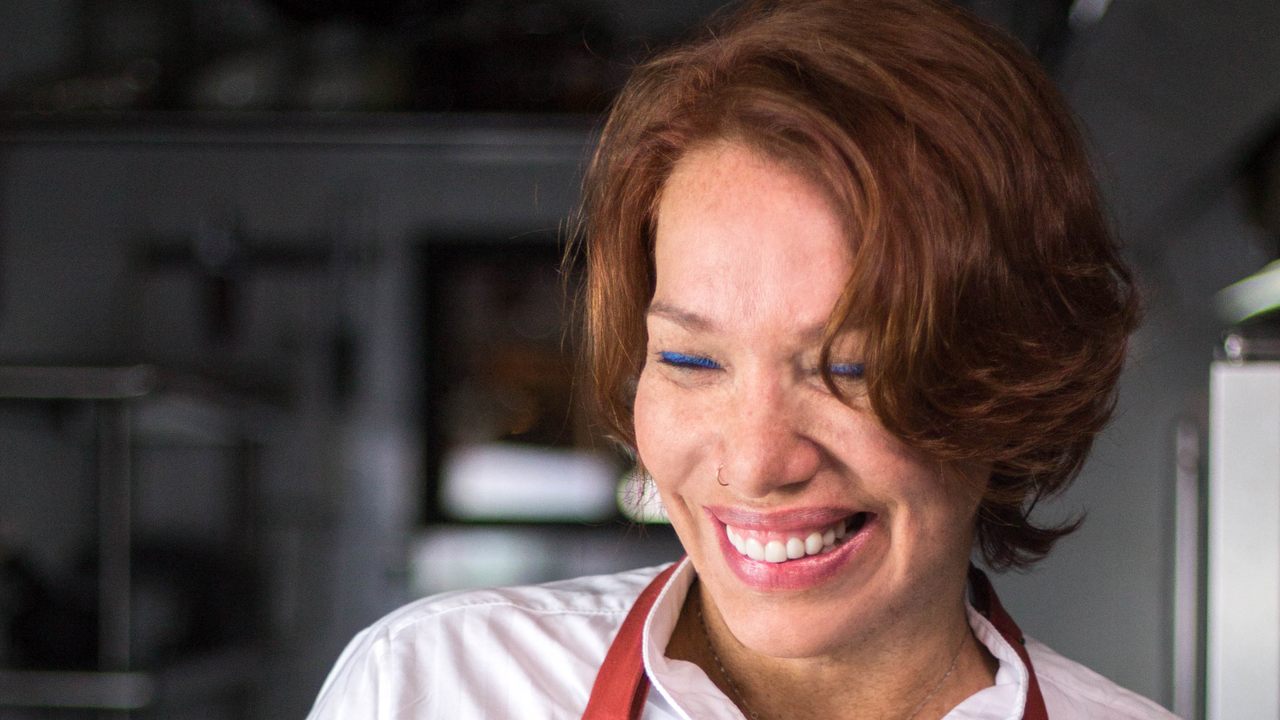 Early morning in the land of coffee, the local food vendors are arriving at Cartagena’s Mercado de Bazurto off the main Avenida Pedro de Heredia. The daily market is a veritable smorgasbord of fresh produce and meat hailing from all corners of the country.

From the coast, freshly caught, pink-streaked snappers, voluptuous coconuts, and paper-thin granadilla are hallmarks of an Afro-Caribbean-inspired cuisine. From the center of the country—where the high-altitude capital of Bogotá sits nestled in the Andes —plump tomatoes, marbled beef, and fresh vegetables speak to an entirely different culinary identity.

World-renowned chef Leonor Espinosa was born in this city and hopes to one day open a restaurant here. Her Bogotá restaurant, Leo (voted Colombia’s best in 2016 by Latin America’s 50 Best Restaurants Academy), serves fare that reflects the country’s breadth of ingredients. “[Leo] is inspired by our local cuisine and biodiversity, which really isn’t known, even by many Colombians,” Espinosa tells Atlas Obscura. “I wanted to show the world Colombia’s culture and biological diversity [through my food].”

Espinosa’s career in cooking had humble origins. Working as a single mother in publicity, she was looking for a way to both make her daughter’s meals more interesting and to express herself artistically (she was taking night courses in fine arts). Recognizing her own potential, she embarked on a career pivot—but not without doing her homework first. Before opening Leo in 2007, she worked with chefs, farmers, and biologists from Colombia’s five natural regions to research her country’s gastronomic history and traditions.

While other Latin American countries have their culinary identifiers—Peru has its ceviche, Mexico its tacos and mole, Argentina its baked empanadas and beef—Colombia is not widely known for having a key ingredient or dish. Espinosa hopes to change that, using local delicacies such as large ants, in her cooking. “Ants come from Santander, a region in the northeast of the country, where [they] have been consumed by natives since pre-colonial times,” she offers as an example.

When asked what dishes travelers visiting Colombia should be sure to try, Espinosa is quick to list traditional fare that is often overlooked by foreigners. Atlas Obscura will give travelers the opportunity to sample Colombia’s cuisine on a trip next year. In a country as geographically and culturally diverse as Colombia, food is an excellent entryway for (delicious) discovery.

From the Andean region, Espinosa recommends ajiaco. The word “ajiaco” is said to come from the word “aji,” a type of hot pepper used by the indigenous Caribbean people, the Taino. In Bogotá, ajiaco is a hearty stew traditionally served with chicken, spiced potatoes, and the Galinsoga parviflora herb (known locally as “guasca”). Soups are a mainstay of Colombian cuisine, though they vary greatly from region-to-region.

Typical of the Cauca Valley, arroz atollado is a classic Colombian rice dish originating in the Pacific region. Several varieties exist, but Espinosa highlights arroz atollado de cangrejo, a sticky rice prepared with coconut milk and crab. Other varieties combine chicken, pork, duck, chorizo, or other types of meat with vegetables and spices into a medley of robust flavors. Frequently served with fried plantains on the side, this dish is often considered a Colombian-style comfort food.

“Patarashca” refers to the preparation of the fish, and can actually be applied to any species cooked with fresh onions, garlic, olive oil, white wine or other seasonings. The cooked fish is served wrapped in a bijao leaf.

Espinosa describes the food of Colombia as “a multicultural and multi-ethnic cuisine,” and sancocho is a perfect example of this. The traditional stew is said to have come to Colombia from the Spanish Canary Islands. Introduced by immigrants, this hearty soup has variations across Ecuador, Colombia, and the Dominican Republic.

In Colombia, sancocho is a stew commonly made with corn on the cob, cassava, plantains, and an array of meats—such as chicken, pork, fish, ox, and hen—that blend together in a savory, free-for-all of flavors. With its generous use of gastronomic odds and ends, sancocho captures the many flavors of its country. Chef Espinosa recommends sancocho de sábalo, a fish stew with tubers, corn, and any number of additional ingredients.

Northern Colombia’s La Guajira desert is home to an indigenous ethnic group known as the Wayuu. With their own distinct traditions, language, and culture, the Wayuu straddle the arid border between Colombia and Venezuela.

A steamed goat stew, friche is common in Wayuu villages because of the availability and ease of breeding goats and the protein the meal offers. Like most traditional fare in Colombia, friche takes what ingredients are accessible and creates a nourishing dish. Friche uses every part of the goat—intestines, organs, meat—and seasons it with garlic, onion, and peppers before serving it with a side of arepas.

Dishes like friche prove that no matter the region or resources, in Colombia, traditional foods almost always tell a story about the people who created them.