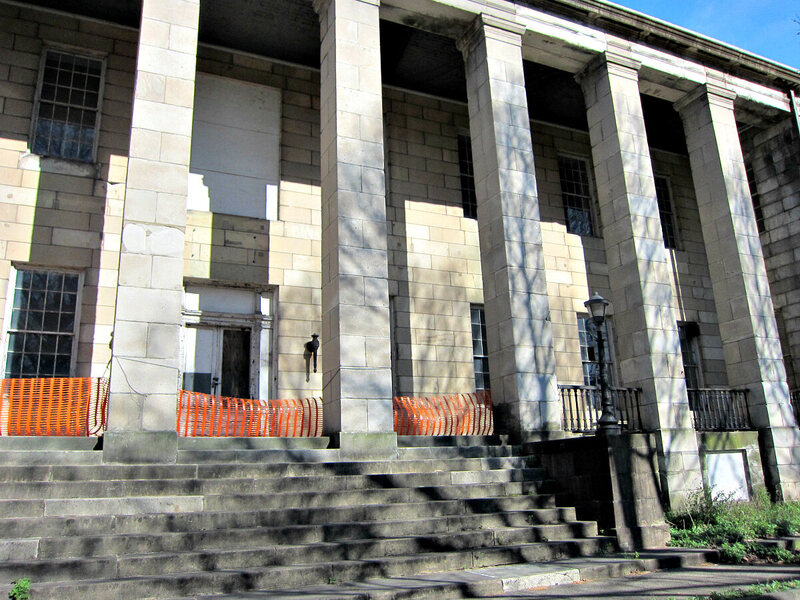 Since it was decommissioned in 1966, the Brooklyn Navy Yard has morphed into a thriving center for independent industry and creative businesses, with many of its old military complexes and ship-building facilities being transformed into offices and studios. However, there are still areas of this massive area that once was a hub of naval ship construction that remain abandoned, and there it’s easiest to descend quickly into the Brooklyn Navy Yard’s history.

I recently visited the Navy Yard with Turnstile Tours, which offers a variety of tours at the Navy Yard, including one on World War II and one for photographers. Our final stop after an extensive exploration through the former military center’s history was one of those still-abandoned places: the Naval Hospital. It’s an imposing building, with stone columns stretching up in a Greek Revival style designed by Martin E. Thompson and completed in 1838. While it was incredibly active from the Civil War to World War II, it was decommissioned in 1948 and has been empty for decades. Now there’s a plan by Steiner Studios, which already has an active lot at the Brooklyn Navy Yard, to turn the 60,000 square feet of the main hospital building into a media campus, which would also incorporate some of the surrounding buildings from the 19th and early 20th centuries. Next to the main Naval Hospital compound is the Surgeon’s Residence, which was built in a French Second Empire style in 1864, and while well-preserved has an eerie haunted house air with its dark windows looking out amidst the overgrowth of trees. Nearby is also the Nurses Quarters, built in 1919, as well as a laboratory. Experimentation at the Naval Hospital was essential to the wider growth of medicine, such as with physical therapy in the war, but the most notable figure in this was definitely Dr. E. R. Squibb. The doctor worked to make an anesthetic ether, having seen the horrors of medicine without anesthesia, and although he lost feeling in most of his fingers, his discoveries were invaluable to the pain numbing techniques we appreciate today. Flagpole base outside the hospital

Not far from the back of the hospital is a grassy area that appears to be an ordinary field, but is actually a cemetery, which operated from 1831 to 1910. While the burials and its headstones were removed in 1926 to Cypress Hills Cemetery, some of the bodies, as often happens in cemetery relocation, stayed behind.

One of the most famous interments somewhere beneath the soil is Fijian chief Veidovi, who was captured in 1840 by the Americans, having admitted to a cannibalistic attack against another ship. He was taken back to the United States, but only was in the country a couple of days before succumbing to tuberculosis. Someone decided a cannibal from Fiji’s head was too valuable to just bury in the dirt, so it was cut off and embalmed and put on display (it’s no longer on public view, although believed to still be in the collections of the Smithsonian). A death mask of Veidovi actually once greeted visitors to the main Naval Hospital building. Memorial at the Naval Hospital “This Monument is Erected by Their Shipmates” View to the Surgeon’s Residence at the Naval Hospital

The plan for the cemetery is to redevelop it into a memorial park that will be open to the public, with the burial site being planted with native flora as a peaceful field, while visitors can walk on raised pathways so as to not disturb the earth where somewhere below skeletons still rest. (You can read more on the plans at the Brooklyn Greenway Initiative.)

The Brooklyn Navy Yard is definitely worth exploring, and Turnstile Tours is a great guide for the sprawling history of the Brooklyn complex that often remains a mystery even to those who live in the borough. Thanks so much to Andrew Gustafson and Rich Garr of Turnstile Tours for the detailed information on the Naval Hospital’s past and future! Below are some photographs of the Naval Hospital in its operating days, courtesy of BLDG 92: 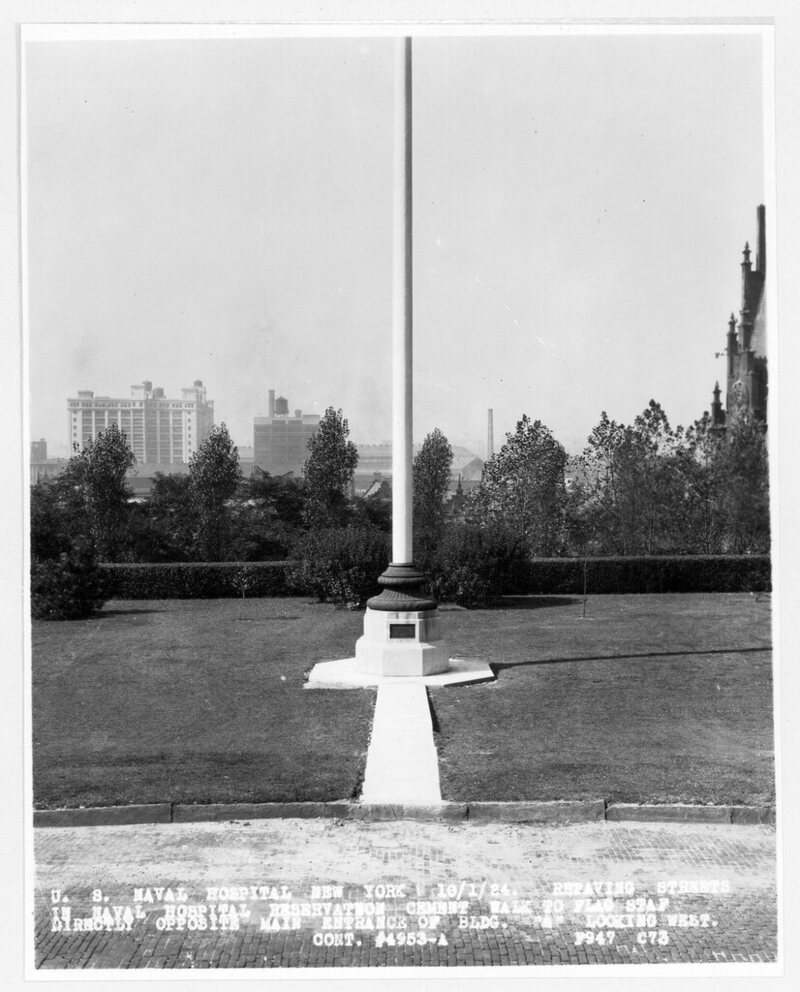 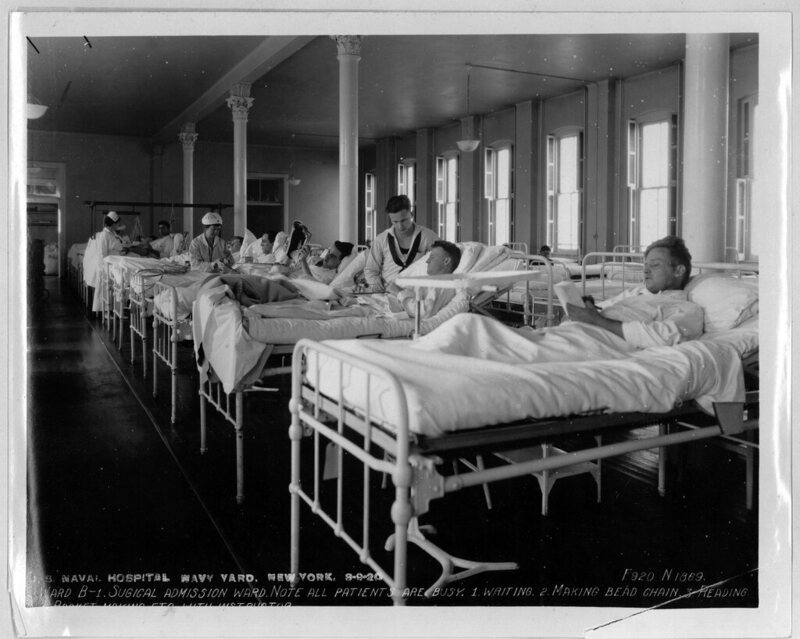 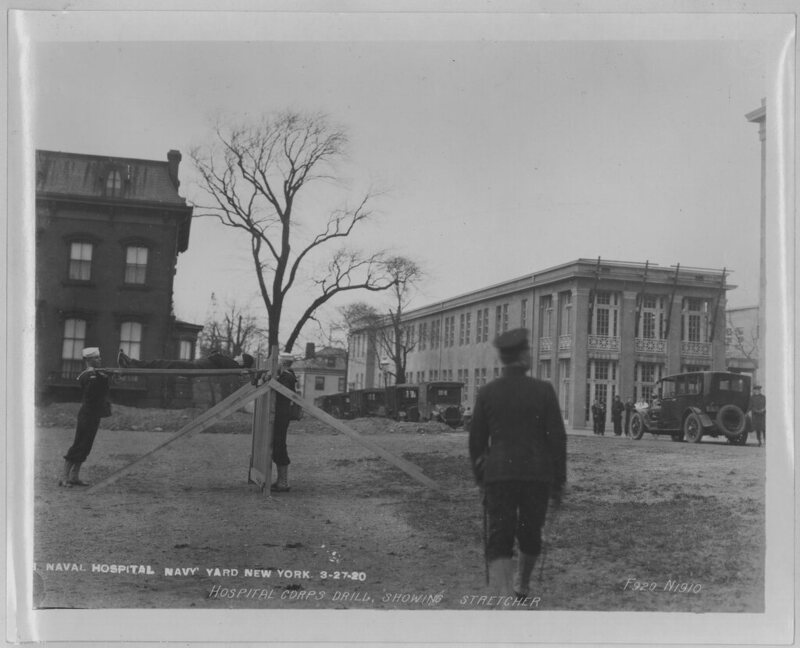 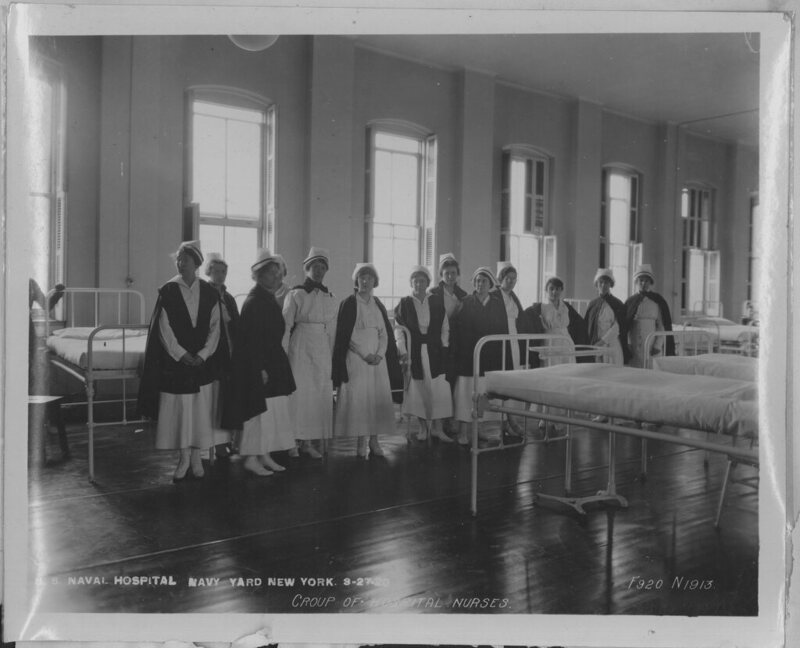 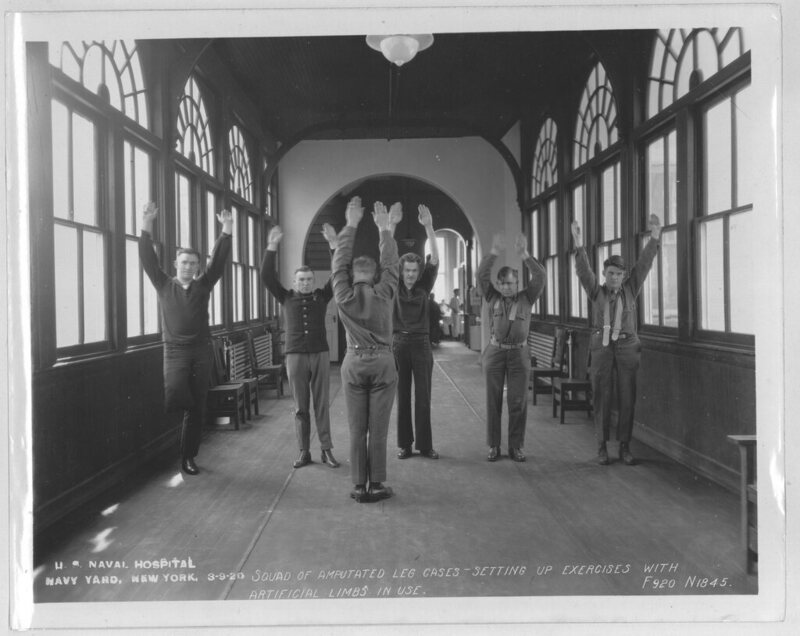 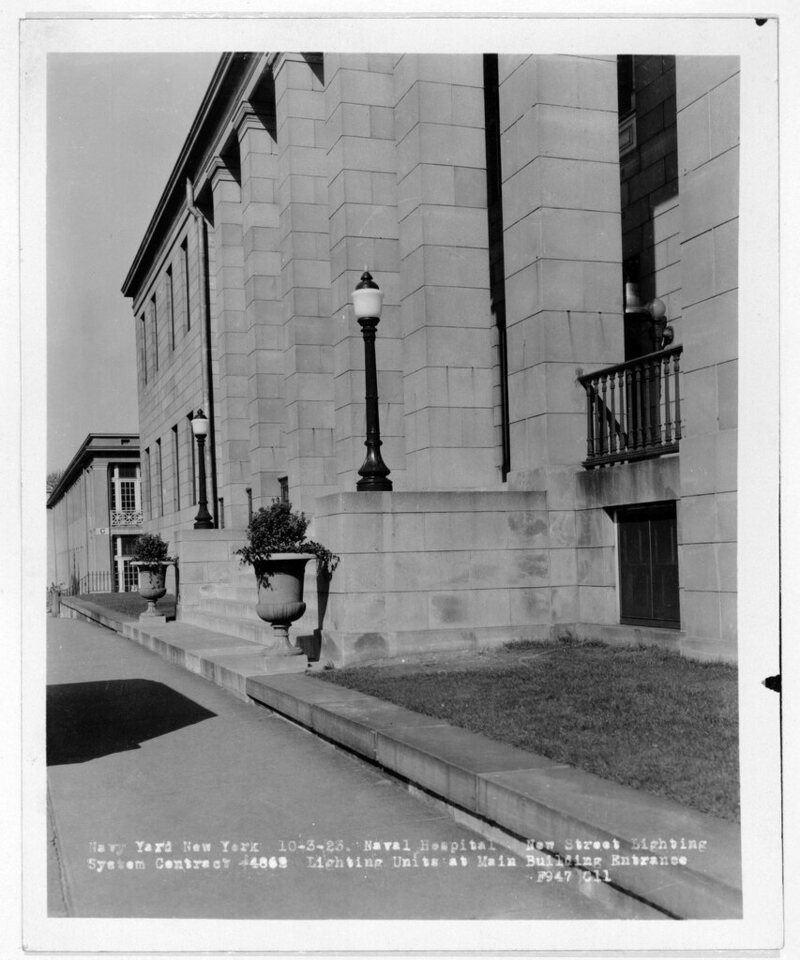 Rusting Hulk of a Ship in Wales Revived with Street Art