Are Mermaids Real? The Long Tail of a Simple Question - Atlas Obscura
Want to see fewer ads? Become a Member. 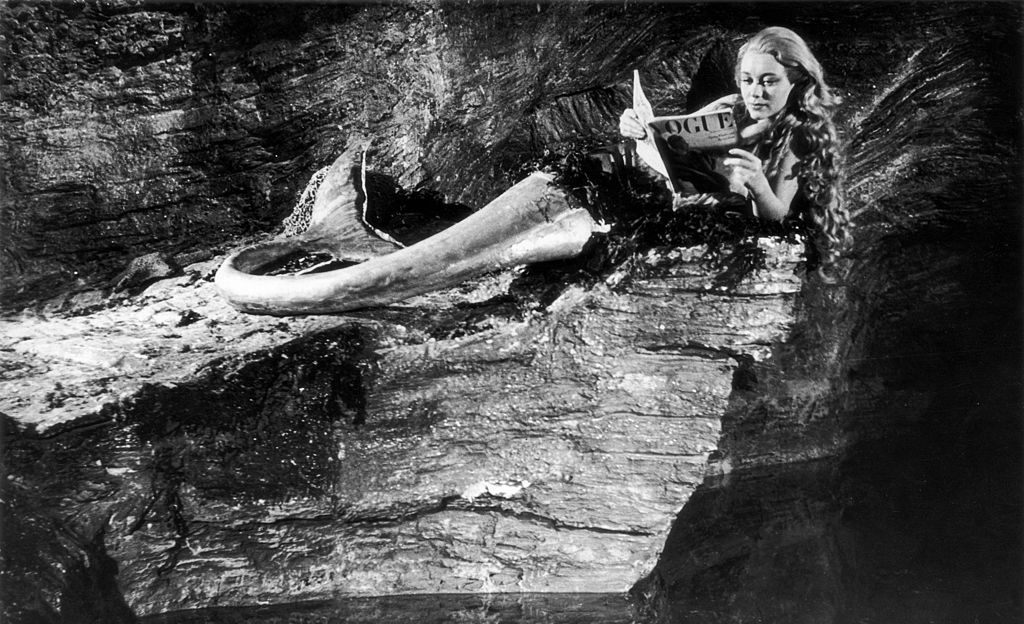 This article was updated on July 7, 2021. Over the past few months, Atlas Obscura has been at the receiving end of many a search query about mermaids. Day after day, it is one of the most enduringly popular search terms on our site. What do these mermaid-curious visitors most want to discover? It’s simple: “are mermaids real”

No question mark. Just a simple plea for answers. There are close follow-ups, which include:

Google searchers, it seems, are more interested in the existential state of mermaids than other fantastic creatures. In the past few years, queries for “are mermaids real” have been more popular than equivalent questions about aliens, vampires, ghosts and unicorns, according to Google Trends. Naturally we wondered, why are people so avidly searching for real mermaids?

Interest in mermaids wasn’t always so high. Before 2013, in fact, Google received about the same level of interest in mermaids as in vampire, aliens, and so on. But something changed in 2013. There was a spike in queries about the existence of mermaids, followed by another, larger spike.

Searches for “are mermaids real” going back to 2004. (Image: Google Trends)

In fact, these spikes are not particularly mysterious. In 2013, Animal Planet aired two “documentaries,” The Body Found and The New Evidence, about the existence of mermaids. They had all the trappings of mediocre TV documentaries, but were fake.

The Body Found follows a team of scientists investigating strange underwater sounds and a body washed up on the beach. The film presents theories about how mermaids learned to fish and could have evolved from “underwater apes.” (The existence of underwater apes is a real scientific theory, but one that’s usually dismissed.) The film includes fake footage of “real mermaids” and also interviews with scientists, who, in reality, were just characters played by actors.

The shows did not broadcast their fiction in any immediate or obvious way; a coy disclaimer in the end credits notes that “certain events in this film are fictional.” The “docudramas” seemed real enough that many people believed them. Millions of people watched those documentaries, and many still weren’t sure what to believe at the end.

So they asked: are mermaids real

Vampires had gone through a similar bump in interest in the late ’00s, presumably for Twilight-related reasons. Vampire curiosity waned, though, back to pre-bump levels. (Google searchers are now more curious about aliens than either vampires or ghosts; unicorns are never quite as popular.)

Interest in mermaids, by contrast, has stayed elevated:

The relative interest in “are mermaids real” (blue) to “are vampires real” (red). (Image: Google Trends)

Part of what’s driving the continued interest in real mermaids may be the long tail of mermaid content. Video aggregators on YouTube are still making videos of found mermaid footage and posting it.

These videos all draw from the same set of mermaid footage. There’s the fuzzy blue man on the faraway rock who waves regally. There’s the even fuzzier footage of something finned jumping from the water. There’s the beautiful, hauntingly humanoid mermaid created for Pirates of the Caribbean, and the nasty, desiccated brown corpse of a mermaid lying face down on the beach—a taxidermied wonder created by a Florida artist.

One of the most popular bits of mermaid content to reuse is the eerie footage from the Animal Planet show, in which the silhouette of a mermaid swims past the camera. Some of these videos have millions of views; there’s an incredible reaction video to the mermaid footage that’s been hugely successful in its own right.

The channels who make these videos are well versed in the art of virality. Some focus on the paranormal, but others post compilations of anything that will reliably attract viewers. Whenever anyone searches “are mermaids real,” the channels are there waiting; they’ll also pop up in a YouTube rotation of idle exploration, so that person who had no interest in mermaids can be drawn into the same loop of alluring and confusing footage.

But can the continued strength of the search term “are mermaids real” be attributed just to canny SEO positioning? Some of mermaid queries are more realistic than others. If—and no judgment here!—you are on the hunt for a sexy mermaid experience, searches like “real life mermaid” can lead you to websites and videos featuring women portraying mermaids. They wear tails and swim in water. They’re flirty.

But it’s clear that attractive human women wearing fake tails are not what all of the mermaid curious are after. They are wondering if, one day, they could be swimming out in the ocean and encounter a dewy half-human, half-fish.

There is a magic about mermaids that makes it tempting to believe they might be out there. There’s the fantasy of being seduced by a fish creature. There’s the very real possibility of undiscovered ocean creatures—in the vast and mostly unexplored oceans, strange creatures turn up all the time. It seems, too, that of all fantastical creatures, mermaids are the most fun to identify with. Vampires might be sexy, but there are some real inconveniences and responsibilities that come with being undead. It’s even more inconvenient and boring to be a ghost.

To be a mermaid, though—life under the sea seems like it could be pleasant, exciting, and free of care. That’s been the allure of mermaids for millennia: the sirens that Odysseus heard sing tempted him to give up his earthly cares and responsibilities to be with them.

Plus, they could be hot.

A Guide to the 58 Crazy Different Terms for 'Water'

Scientists Tracked Truly Enormous Tuna From Way Up in the Air

Drones helped researchers keep up with fish that are longer than a person and as fast as a car.
oceans

Sea burial is a way to save space in a dense city, but runs counter to funeral traditions.
science

Marine biologists are engineering creative new ways to ride along with whales, bob with jellies, and drift with plankton.
computers

To preserve bygone software, files, and more, researchers are working to emulate decades-old technology in the cloud.
Video • AO Docs