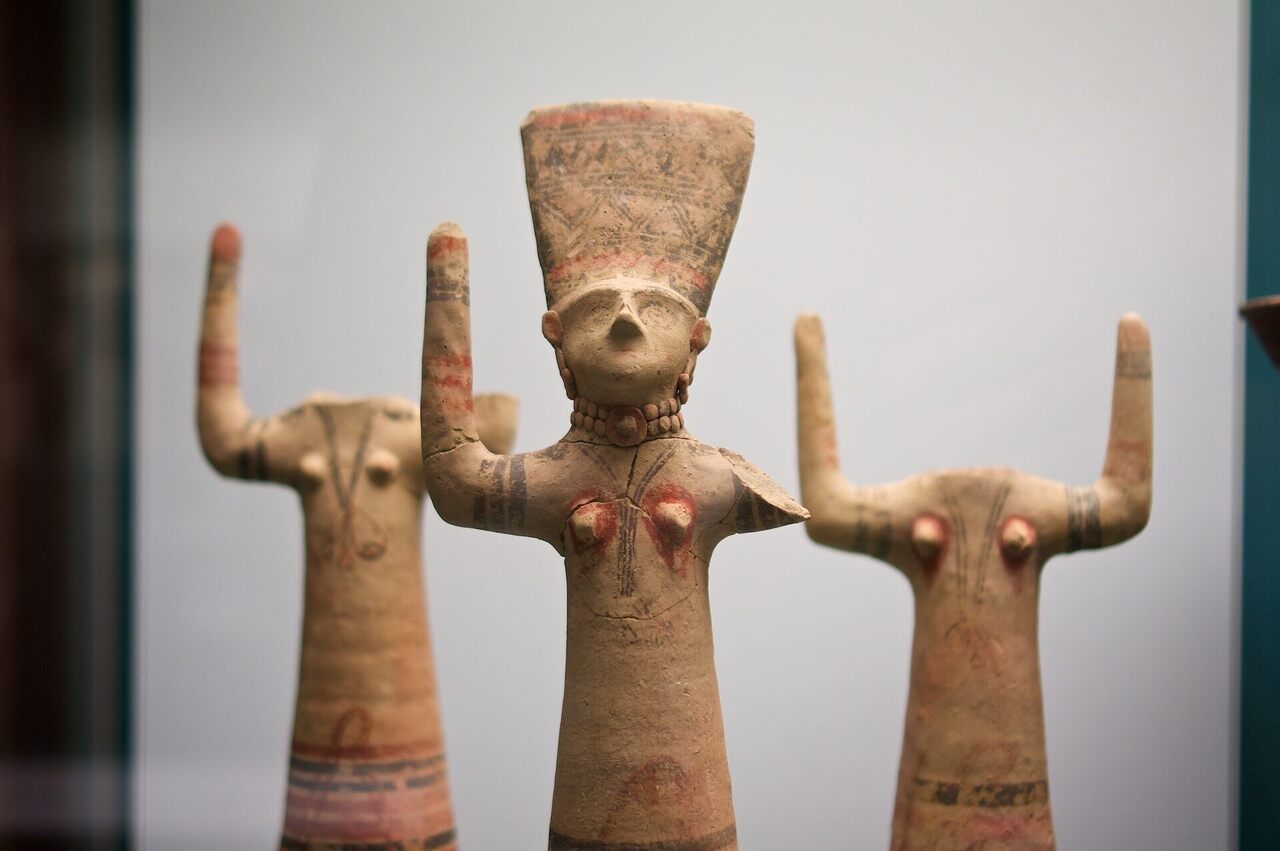 Raise your hands if you belong to the latest museum trove to go digital. Paul Hudson / CC BY-2.0

Over its centuries of domination and expansion, the British Empire collected its fair—make that unfair—share of stuff, much of which now resides in the British Museum. Of course, like most other museums in countries heavily affected by the coronavirus pandemic, the British Museum is presently shuttered. But that doesn’t mean you can’t examine its holdings.

Last week the museum opened up about half of the objects in its collections—meaning an astonishing 1.9 million items—for public perusal online. While it’s in the public domain (as the Smithsonian’s collection is), the British Museum’s trove will operate under a non-commercial CC-BY-4.0 license, which allows the public to view the images and share them with friends.

The breadth and diversity of the items now on view is as far and wide as the British Empire was at its height, from modern campaign buttons to Iron Age figurines. Some of the objects are iconic touchstones of world history, like the Rosetta Stone. Other pieces are less renowned, like a decadent porcelain elephant from 17th-century Japan. What all the stuff has in common is that it pulls you away from the current moment, offering an opportunity to delve into the past.

The world of discovery now accessible at home is limited only by one’s imagination (and, in this case, an understanding of how to use the catalogue’s search function). Whether you’re down the street in Kensington or around the world in Shanghai, the British Museum’s new initiative is a reminder that even when we’re sequestered at home, we’re only as far from other cultures—and the past—as we let ourselves be. And exploration of the unknown is just a search away.

Head over to our forums to share your favorite finds in the British Museum’s massive archive!

The Radical Victorian Lady behind an Essential Collection of Botanical Art

The Delightful Doodles and Hidden Scribbles on the Backs of Artworks

George Eksts has digitized 200,000 works on paper. Several hundred had writings or drawings on the back.
museums

A seed stuck to an old shirt grew into a project that helps bereaved kids heal.
List

There are strange and beautiful creations in the desert and beyond.
Sponsored by TravelNevada
Thanks for sharing!