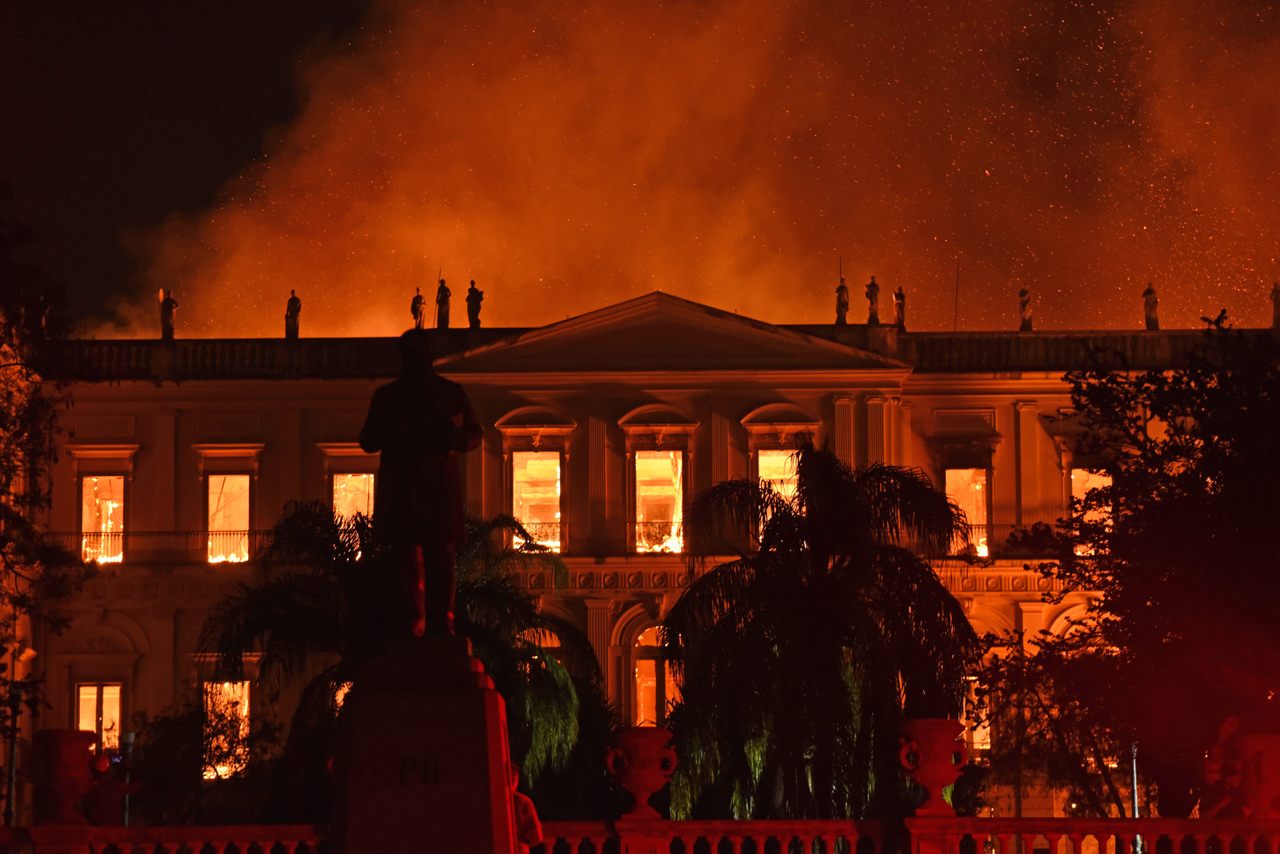 In September 2018, lovers of history and museums around the world mourned the catastrophic fire that claimed Brazil’s National Museum, and the majority of its 20 million artifacts. The 200-year-old building was brimming with rare cultural treasures—from Brazilian funeral urns, to a northern Chilean mummy, to the largest lace bug collection in the world. After a long investigation, it’s been determined that a faulty air conditioning unit was responsible for sparking the blaze. “There were various pieces of evidence that allowed us to conclude that the [air conditioning unit] was the primary cause of the fire,” said electrical expert Marco Antonio Zatta at a news conference in Rio de Janeiro, according to the Associated Press.

Police and fire officials have been working with an ensemble of anthropologists, archaeologists, paleontologists, and more, both to determine how the fire got so out of control, and to recover as much as possible from the rubble. Three cooling systems, it was reported, were getting much stronger electrical currents than were appropriate based on the manufacturer’s recommendations, and they were sharing circuit breakers and grounding devices. Years of budget cuts also played a role. The museum, run by the Federal University of Rio de Janeiro, was in need of a range of safety updates. According to the investigation, performed by federal police and led by chief Ricardo Saadi, funding issues impacted the installation of fire protection devices such as hoses, water sprinklers, alarms, and fire doors. In fact, the Associated Press reports that the museum had only spent $4,000 on safety equipment between 2015 and 2017. This allowed the fire—which reached 1,832 degrees Fahrenheit in the museum’s auditorium—to spread much more rapidly than it otherwise might have.

In the end, most of the world’s largest collection of Latin American historical and cultural artifacts was lost, but about 2,000 objects have been recovered, and people have been trying to memorialize it in various ways. Immediately after the ashes cooled, rescuers recovered skull fragments of “Luzia,” the 11,500-year-old fossilized remains of a woman, some of the oldest known human remains ever found in the Americas. Indigenous Brazilian arrows, an antique Peruvian vase, and the five-ton Bendegó meteorite survived the inferno as well.

Chicago Has Become the Nerve Center of Competitive Pinball

The greatest showman on Earth had a less-than-great run of disasters.
disasters

When Disaster Strikes in Brazil, This Pioneering Veterinarian Jumps Into Action

Carla Sassi is helping to develop new ways to save the country's animals from peril.
disasters

The remnants of Borgund were buried in the dirt for centuries and then sat in museum storage for decades.
Video • Wonder From Home