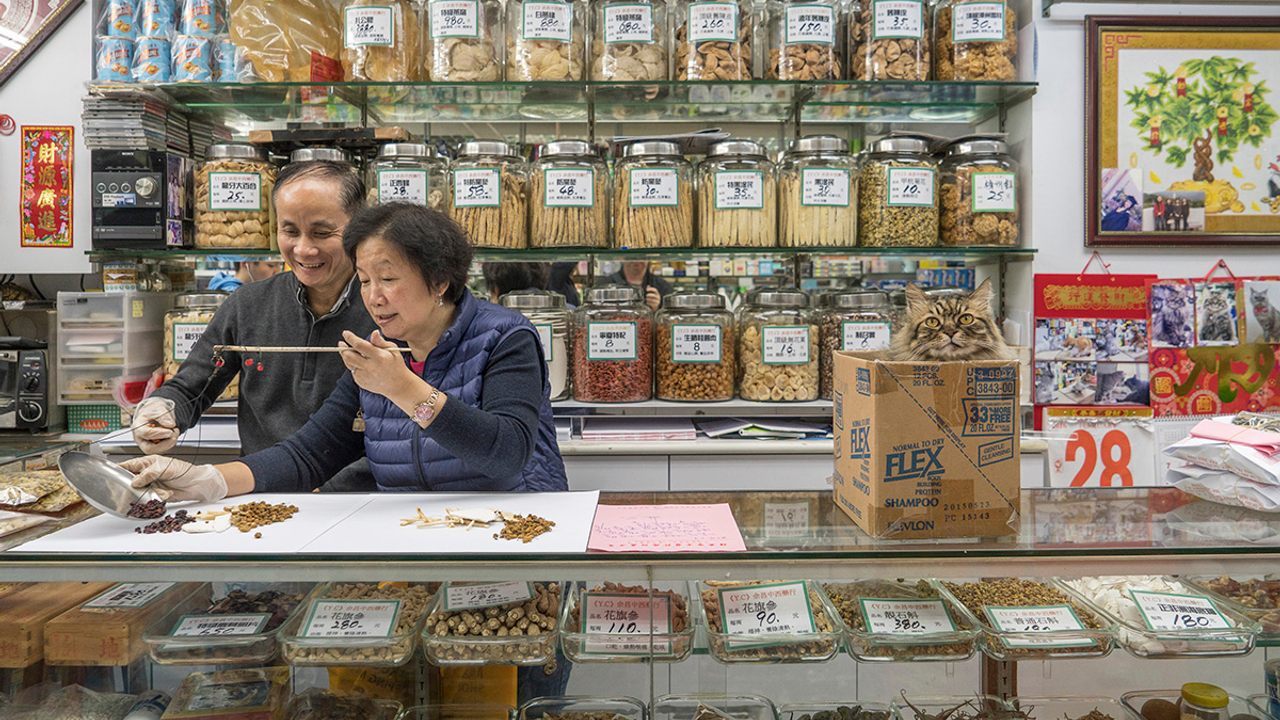 In late 2015, photographer Marcel Heijnen was walking around his new neighborhood of Sai Ying Pun in Hong Kong. Although a long-time resident of the city, he was new to this particular area, and he noticed a cat perched the counter of a small local shop. A year later, his portrait of the cat, whose name is Dau Ding, ended up as the cover to Heijnen’s new book Hong Kong Shop Cats.

Heijnen regards the small stores where the cats lounge and doze as “beautiful photogenic subjects in their own right.” They are places where, says Heijnen, “time seems to have stood still, devoid of branding and all the other modern-day retail trickery we’ve grown accustomed to”.

The Hong Kong cats are regarded as lucky, Heijnen notes in his book, and from his photos, they clearly provide companionship. In one image, a cat sits close to his owner, mirroring him, in a room of textiles. In another, a cat looks sleepily away as his owner dozes behind him.

AO has a selection of Heijnen’s unique portraits of Hong Kong’s shop cats.

Watch a Melodramatic Communist Ballet from 1964

A ballerina weeps over the hammer and sickle in Mao's production of "The Red Detachment of Women."
hong kongcatsstoresvisualphotographyanimals

At least while the lions behave.
animals