Curious Fact of the Week: Giant Crystals of Naica - Atlas Obscura
Want to see fewer ads? Become a Member.
In This Story
Place

Nearly 1,000 feet below the earth is a lattice of towering crystals in a cavern that can only be explored with cooling suits due to the extreme heat. The Giant Crystal Cave below Naica, Mexico has temperatures that can get up to nearly 140 degrees Fahrenheit, which, with its 90 to 99 percent humidity, can make it feel like it’s over 220 degrees. These extreme conditions have resulted in selenite crystals that can stretch up to 39 feet and weigh as much as 55 tons. 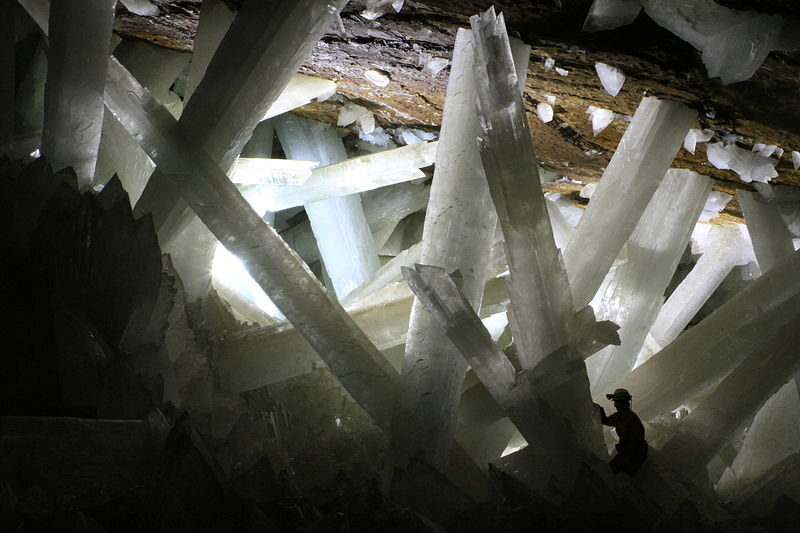 Giant Crystals of Naica (via Wikimedia)

The crystals were accidentally discovered by miners in 2000. A similar cave had been found in 1910 nearer to the surface, but was damaged due to over-exploration and tourism. The crystals are believed to have grown from a magma chamber created by volcanic activity millions of years ago, which cooled and enriched the waters that pooled in the cave. Most incredible is that, given more time, there’s nothing to stop the crystals from growing even larger into even more mammoth crystalline structures hidden deep below the the earth’s surface.

Notes from the Field: The Cemetery of the Dogs