Rusting Hulk of a Ship in Wales Revived with Street Art - Atlas Obscura
Want to see fewer ads? Become a Member.
In This Story
Place 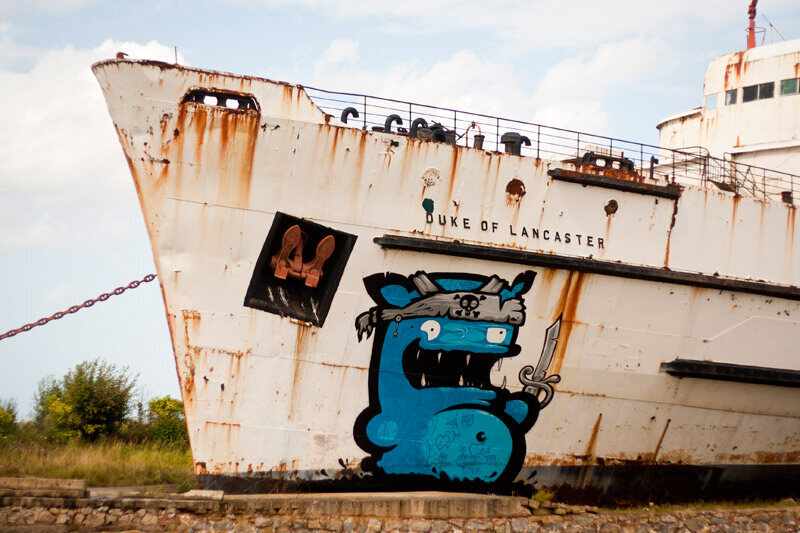 Street art by KIWIE on the Duke of Lancaster (via DuDug)

After rusting for years on a dry dock in the Dee Estuary in northern Wales, the Duke of Lancaster has been revived as an outdoor art gallery. Street artists from around the world started working on its worn hull last fall, and their next phase of murals started this March.

“It’s got the potential to be the biggest open-air art project in the world,” Paul Williams, one of the Duke of Lancaster coordinators, told CNN. “The quality and size of the pieces is spectacular — there aren’t many places in the world that can accommodate artworks 10-meters high.” 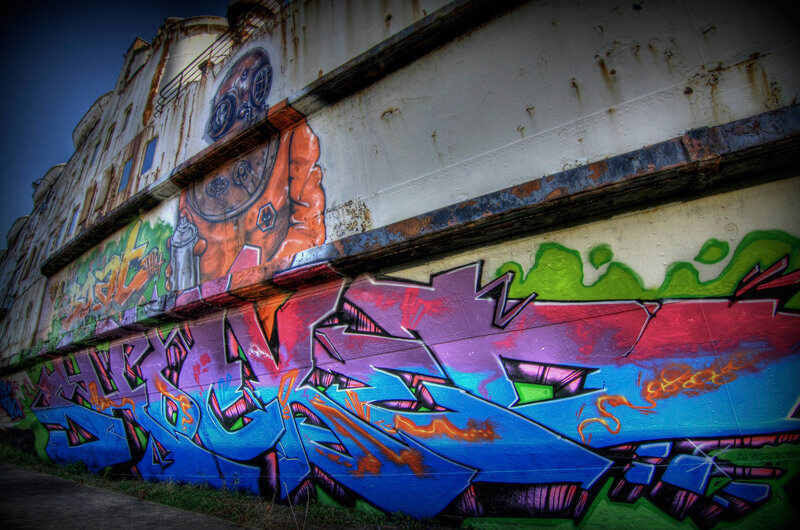 Indeed, one of the most massive pieces is a 60-foot-tall figure in a vintage diving suit with a skeletal facing gazing out from behind the helmet. The first work was done by the DuDug collective, a play on “Black Duke” in Welsh, and although the street artists have been working with permission from the ship owner’s, their mission statement is ”the ship looked like **** so we painted it” (star censoring their’s). Much of the art references the Duke of Lancaster’s nautical past, such as a portrait of the first captain of the ship and a rabbit-like creature dressed as a pirate. 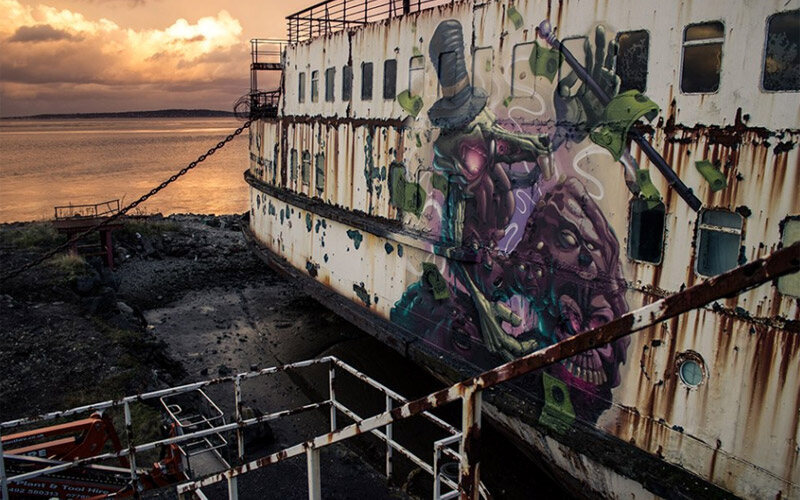 Mural by Fat Heat (via DuDug)

The old passenger ferry, which was first launched in 1956, has actually had a few rebirths before it became a giant canvas. Back in the 1980s it was called “the Funship” and included a nightclub within its hulking body. With the owner’s continued collaboration the street artists are hoping to again reopen the interior to the public, so anyone can come and immerse themselves in this abandoned landlocked ship that has become an art installation. 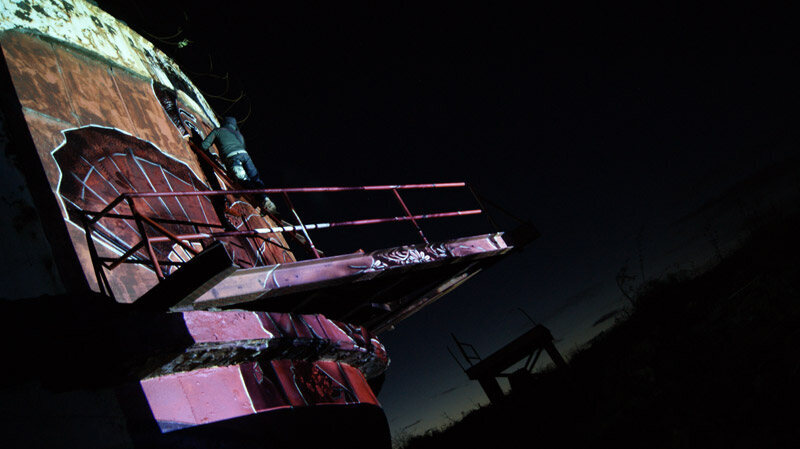 Fin DAC painting on the Duke of Lancaster (via DuDug) 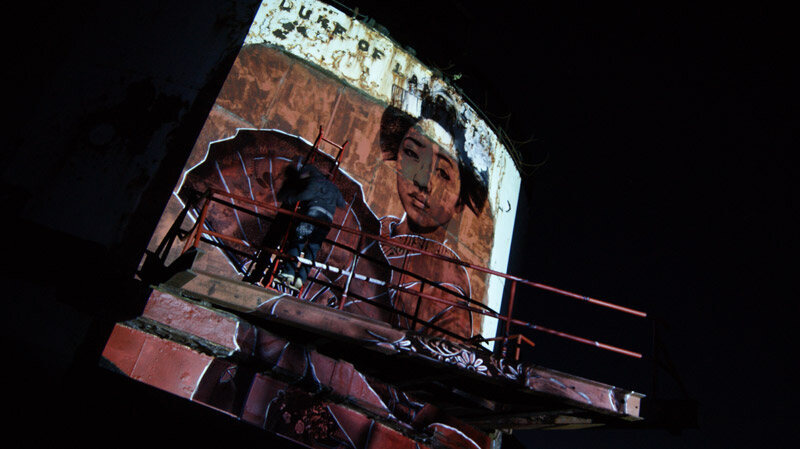