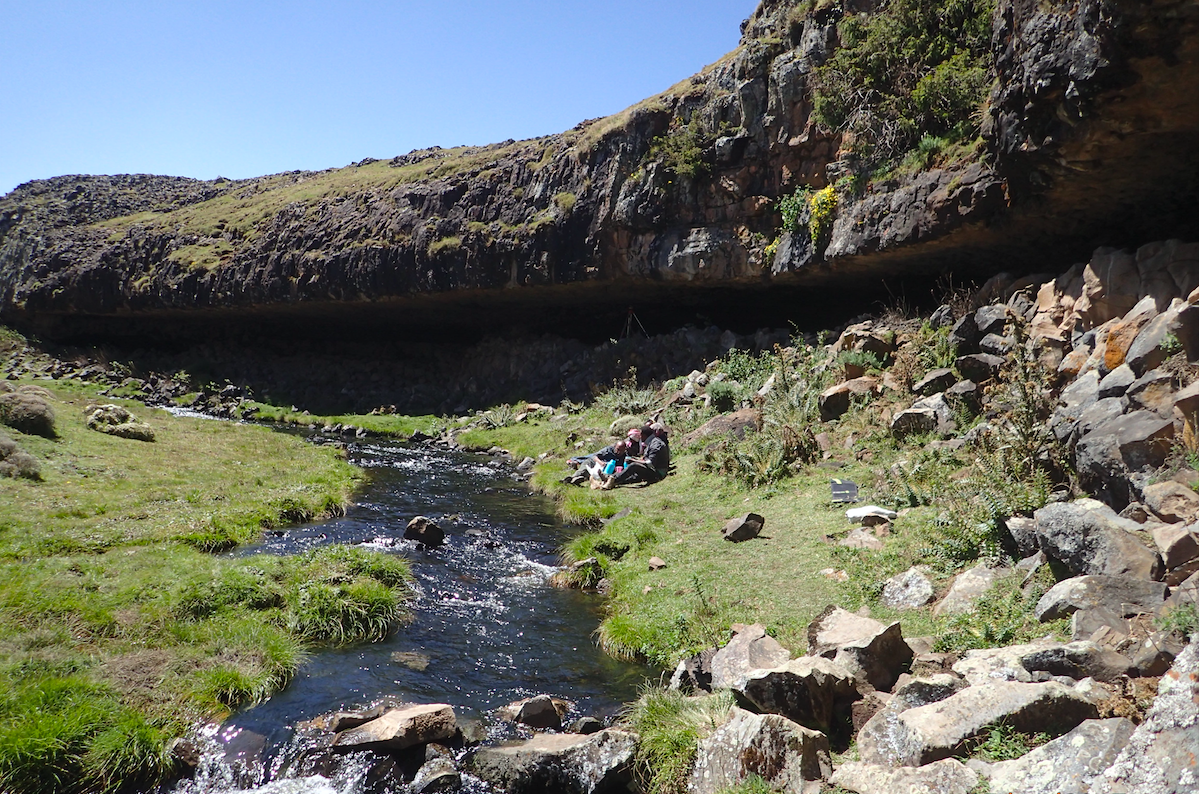 Humans started low and went high. Tens of thousands of years ago, just as Homo sapiens were beginning to move outward from Africa, our species was also adapting to move up from the lowlands. It’s not an easy transition. Land at high altitude can be arid, and oxygen is less abundant there, so living there takes stamina. For this reason, many scientists long believed that the high plateaus in Tibet and Ethiopia were among the last places to be permanently settled. A discovery has now pushed the clock on humanity’s upward migration back by thousands of years.

Tucked in the Bale Mountains of central Ethiopia, the Fincha Habera rock shelter hosted Pleistocene humans between 30,000 and 47,000 years ago, according to a study recently published in the journal Science. That’s like living at the peak of Oregon’s Mount Hood, and at the time the mountain was still covered in glaciers and ice. Based on large deposits of burnt bones on the site, the humans who lived there subsisted primarily on big-headed African mole-rats (Tachyoryctes macrocephalus), oversized rodents with big, bitey incisors.

Götz Ossendorf, an archaeologist at the University of Cologne in Germany and the study’s lead author, says that making the rats a primary food source allowed the ancient humans to “kill two birds with one stone”—they were nutritionally significant and not-so-strenuous to hunt. In some ways, the combination made life at altitude possible.

“Hunting giant mole-rats is a clever solution,” says Ossendorf via email, “because their meat is highly nutritious, hunting them is physically not demanding, they are abundantly available, they live in a restricted habitat, and they are year-round available.” Ossendorf speculates that the humans may have ambushed the rats as they exited their burrows, or perhaps smoked them out. (The mole-rats are now considered endangered due to habitat loss.)

The ancient population at Fincha Habera is the earliest long-term human settlement at such an altitude—the people there slept and hunted and harvested and knapped obsidian to make tools, all higher than 10,000 feet above sea level.

While evidence of early humans at high elevations has been found before—and for the human cousins known as Denisovans, too—the find at Fincha Habera is unique for its time in Africa, where humans originated.

“We know at this time that hominins are expanding all over the world, into high altitudes,” says Steven Kuhn, a paleoanthropologist at the University of Arizona who was not involved in the study. “But it’s really unusual for Africa.”

They're actually scientists. And in Bozeman, they're trying to keep people safe.
food

This was no cozy nook.
science

The Archaeologist Who Collected 4,500 Beer Cans

David Maxwell's hobby has become essential to the field.
graveyards

They were found in the Yanghai Tombs in modern-day Northern China.
Video

1:51
Want to see fewer ads? Become a Member.
From Around the Web
Related

The limestone cliffs harbor hundreds of passages that offer glimpses into the distant past.
Read more
Thanks for sharing!