Found: The Charred Remains of a 170,000-Year-Old Meal in a South African Cave - Gastro Obscura
Want to see fewer ads? Become a Member. 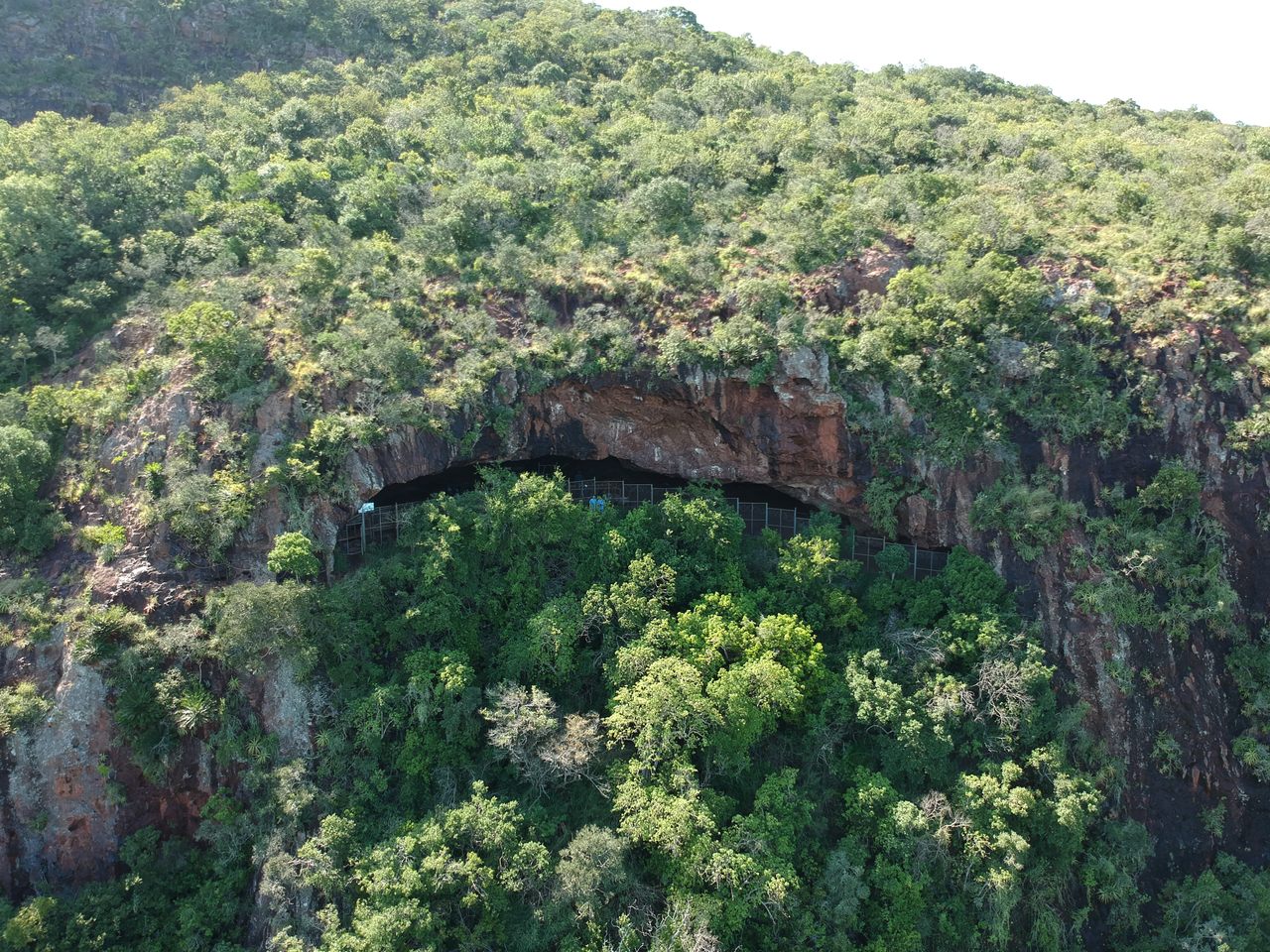 In the recent past, geologically speaking, but long before the innovation of agriculture, a group of early humans sat down for a meal in a cave that today falls on the border of South Africa and Swaziland. The main course was cooked over an open fire, but some of the meal was charred beyond eating, lost in the ashes, and left in place for nearly 200,000 years. Now, researchers have identified what was on the menu.

Previously it was known that starchy foods made for good eating in Middle Stone Age Africa, based on findings of plant matter at the Klasies River Cave to the southwest. The new paper, published in the journal Science, analyzed finds from Border Cave, as it’s known, and was able to identify that a starchy foodstuff was eaten there as well—underground stems called rhizomes, from the genus Hypoxis, a plant group that includes what is known today as yellow star or African potato. This pushes back the date of the earliest cooked starches by some 50,000 years, to about 170,000 years ago.

Border Cave also holds a large collection of wooden digging sticks, leading researchers to hypothesize that they were used to harvest the meal. “It seems likely that wooden digging sticks were used to dig the rhizomes from the ground,” says Lyn Wadley, an archaeologist at the University of the Witwatersrand in South Africa and lead author of the new paper. “The plants are gregarious so quite a few could be harvested from a single place.”

Due to the high fiber content of the rhizomes and their tough exteriors, Wadley says, cooking them would have been essential. “The rhizomes would be placed in the hot ashes and roasted for a short while,” she says. “The cooking is important to allow the release of glucose and the breakdown of fiber.”

Because these rhizomes were found right in the remains of what was a cooking fire, scientists believe that they were meant to be a meal but got lost somewhere in the process. Fire was clearly a key innovation in the human diet, and vastly diversified culinary options and increased the nutritional content of these early human meals.

Besides being a great source of carbohydrates, the plant would also have served a community-building function for the residents of Border Cave. “I consider the sharing process at the cave an important social factor,” Wadley says. “The rhizomes could easily have been cooked and eaten in the field where they were collected, but the gatherers took the trouble to return them to the home base.”

It may seem stereotypically primitive at first—a collection of Stone Age people huddled around a fire in a cave, sharing a meal of roasted rootstock—but there’s a lot to learn about human evolution and diet in that relatively simple tableau.

Found: The Earliest Evidence of Humans Cooking and Eating Starch

We were eating rhizomes and tubers as early as 120,000 years ago.
caves

A South African bar inside a hollowed out 6,000-year-old Baobab.
Condom, France