How to Bring a Pond Back From the Dead - Atlas Obscura
Want to see fewer ads? Become a Member. 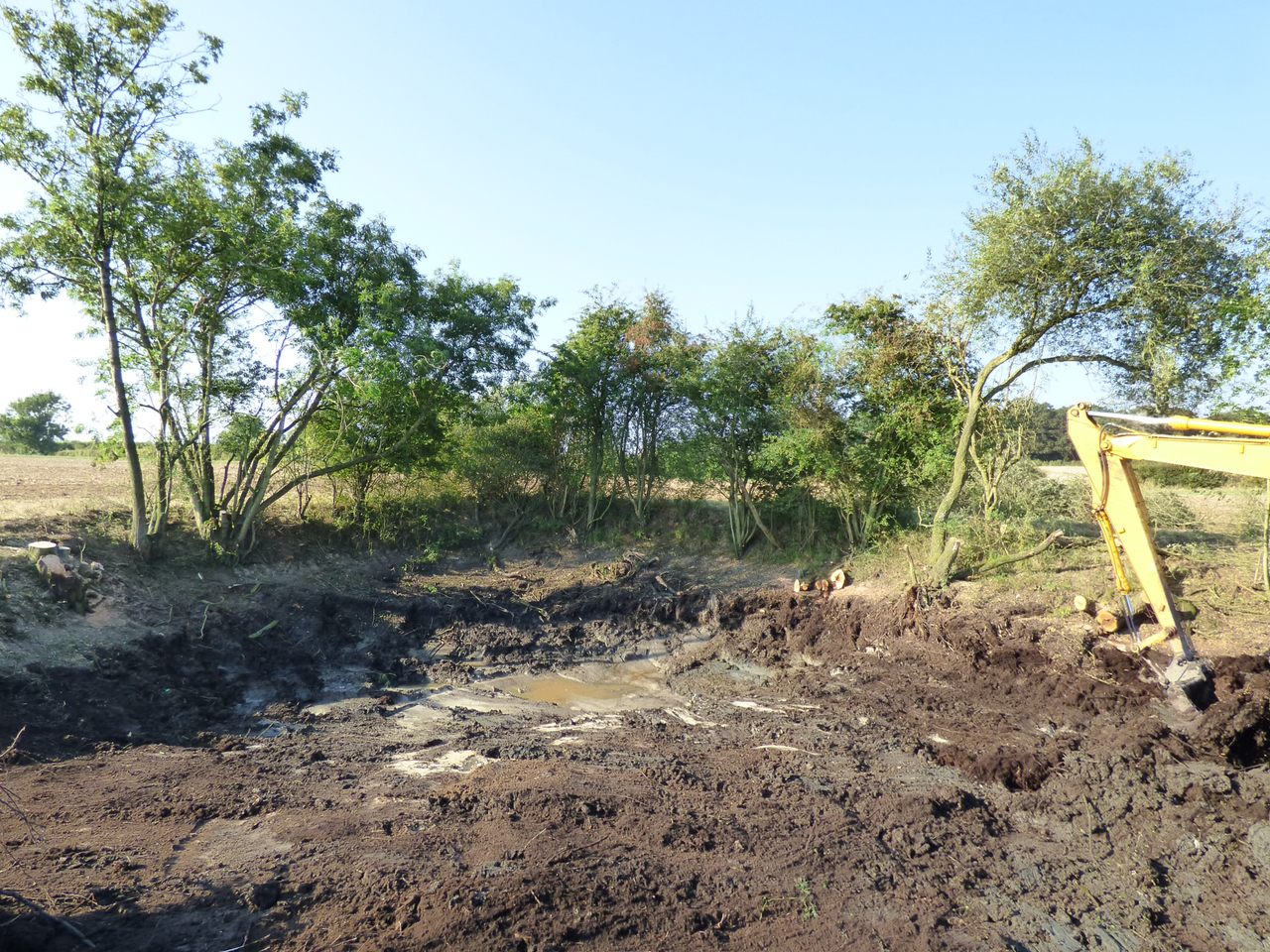 Norfolk is a wet place. And it used to be even wetter. At the beginning of the 20th century, there were nearly one million ponds around England and Wales that housed a wide array of fish, amphibians, birds, and plants, and Norfolk alone hosted more than 30,000. Today, hundreds of thousands of these small habitats, in Norfolk and elsewhere, are gone. They became what are called “ghost ponds.”

These ghost ponds were formed by farmers pushing brush into small wetlands to create more arable land or pasture. And like ghosts, it turns out it is possible to bring these ponds back from the dead. In fact, once you find where they used to be, this act of resurrection isn’t difficult at all.

“At least 8,000 ponds were lost in the county of Norfolk due to this,” says Carl Sayer, a geographer at University College London. “We have been resurrecting these ponds by finding out where the ponds used to be and by digging them out.”

In 2014, Sayer founded the Norfolk Ponds Project with doctoral candidate Helen Greaves, as a way of restoring the area’s natural wetlands and encouraging lost species to return. The project team encourages English farmers to restore the small ponds on their land to benefit the wider region’s biodiversity. The farmers “sometimes need a bit of persuasion,” Sayer says, but generally are on board.

After the researchers clear the surface from vegetation and dig a hole where the pond used to be, nature takes over. Water fills the depressions in the land and buried seeds—even centuries-old ones—begin to germinate, Sayer says. And the water and plants are all it takes to attract amphibians such as newts from nearby wetlands. Waterfowl and other birds then flock back to the ponds to feast, and the researchers give fish, namely the crucian carp, a helping hand.

In some cases, it’s not even tricky to find where the ponds once were. Many of them once bubbled up from aquifers, so even once they are filled in, they leave brown patches and puddles (which means they’re not even good for grazing). This fall, Sayer’s team is embarking on what they call the Big50 campaign, with a goal to to resuscitate 50 ponds in Norfolk and the counties of Lancashire and Gloucester.

To date, the program has resurrected 60 ponds in Norfolk, ranging from glorified puddles to ones as big and deep as swimming pools. Swift Pond, one of the earliest ghost ponds to be revived, went from a clump of shrubs and less than six inches of standing water to a thriving ecosystem of dozens of species.

“You just can’t kill a pond, so ‘ghost pond’ was the right word,” says Sayer. “Even when ponds are filled in they are never quite dead.”

An ambitious wetlands restoration project attempts to balance a return to the area's ecological past and the realities of a changing future.
lakes

The revival of Lake Menindee is the latest chapter in a battle over water management, environmental protection, and indigenous rights.
lakes

How Frothy Waves of Sea Foam Coated the Coast of Chennai

Don't play in the bubbles.
Video