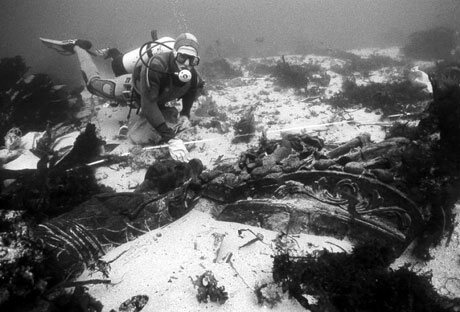 A diver examines stern carvings from the HMS Colossus. (Photo by Kevin Camidge via English Heritage)

Divers have long held exclusive backstage passes to the planet’s other 70 percent. Until recently, though, their experiences exploring underwater marvels have generally been limited to two options: either go it alone and risk overlooking some notable features, or rely on a structured tour, potentially limiting the freedom of exploration.

Recently, English Heritage, an organization that works to preserve historic sites in the UK, has begun offering a third option for curious adventures. The institution is expanding its tourist trails to include several underwater shipwreck sites. These trails include markers and waterproof guidebooks to add structural and historical context to sunken remains.

“I see it as exactly the same as visiting one of our land-based properties or monuments,” Alison James, a marine archaeologist at English Heritage, told The Independent. But of course, it’s not. While a trip to Stonehenge requires little more than a jacket and a sturdy pair of shoes, amassing the necessary skills and and equipment to explore the briny deep is a little more complicated. And while the new tourist trails certainly stand to encourage exploration of English Heritage’s underwater sites, restrictions still remain. Divers will still need to apply for a permit in order to access the sites. Once there, they are prohibited from touching the wreck or removing any artifacts, though they are permitted to take photos.

There are currently 46 English wreck sites protected under the 1973 Protection of Wrecks Act, according to the English Heritage website. Of these wrecks, only two are visible during low tide. The rest remain submerged and beyond the reach of land-bound visitors. Underwater trails now exist at the site of three of these wrecks, though the organization plans to expand its underwater trail to include many more sites by 2018. A fourth site, the wreck of Britain’s first submarine, is slated to open this summer. 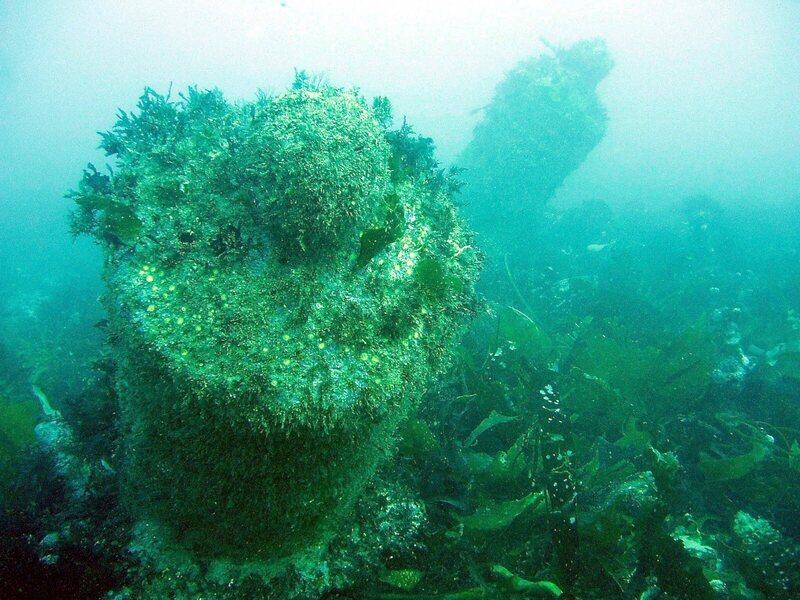 Guns protruding from the wreckage of the HMS Colossus. (Photograph by Todd Stevens, via Skillypedia.co.uk)

English Heritage is not the first to conceive of treating underwater destinations as a tourist trail. Thailand’s Moo Koh Surin National Marine Park, in an effort to engage visitors while limiting their potentially damaging presence at the Andaman coral reef, established a similar underwater nature trail for snorkelers, complete with path markers and guide materials. With dozens more wrecks planned for inclusion, however, English Heritage’s project promises to create some of the longest, most comprehensive underwater trails in the world. 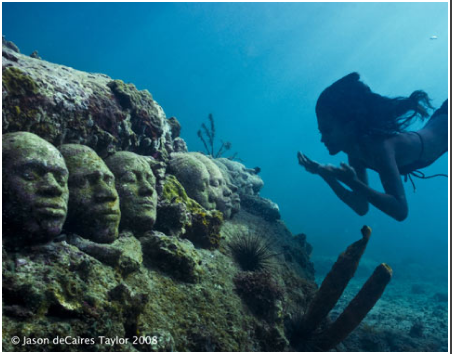 Shipwrecks are, of course, only one example of the wonders lurking beneath the waves. Underwater explorers have access to all manner of natural and man-made wonders, and here at Atlas Obscura we celebrate them all, from submerged hiking trails and luminescent lakes to underwater music festivals and sculpture gardens.

Buzz Aldrin Explains Why We Should Go to Mars