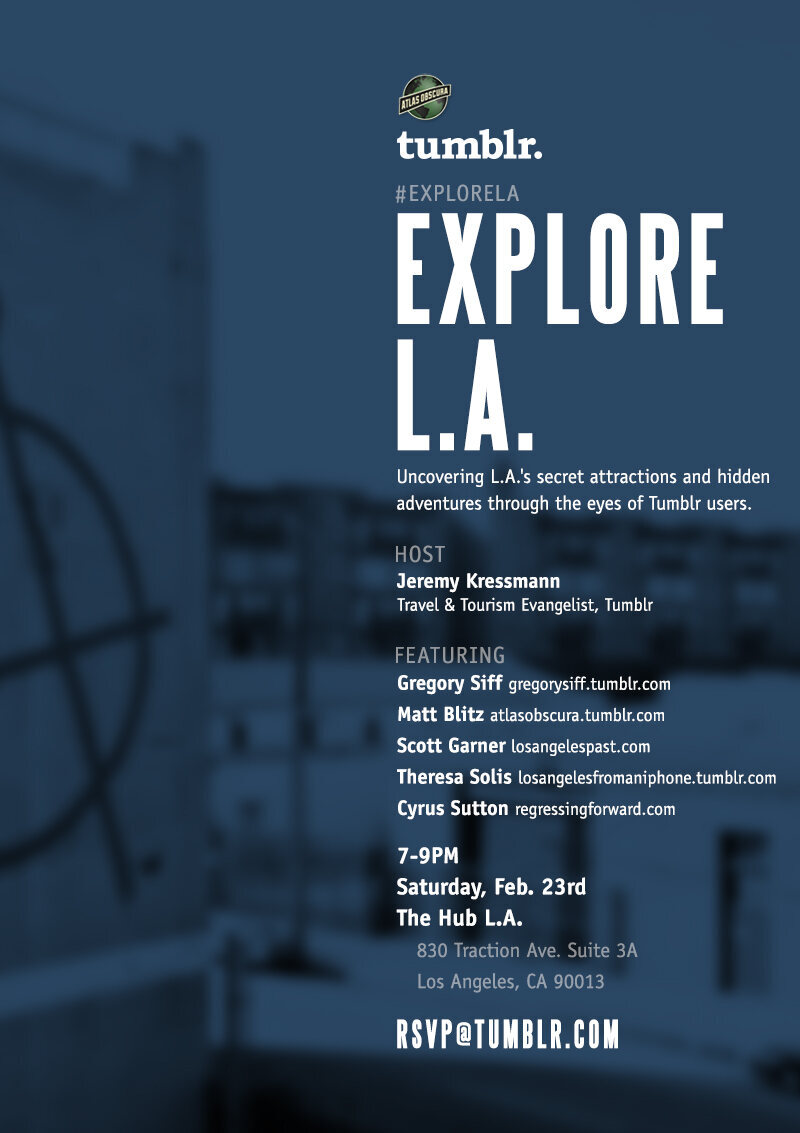 In LA this weekend: Join Obscura Society’s Los Angeles Field Agent Matt Blitz at the Hub LA for an evening panel on the joys of getting out and exploring in the City of Angels.

The evening is hosted by the travel enthusiasts at Tumblr, and we’ll be sharing our experiences and stories of recent expeditions along with a group of fellow travelers and Tumblr users, including Gregory Siff, Scott Garner of Los Angeles Past, Theresa Solis of Los Angeles from an iPhone, and Cyrus Sutton of Regressing Forward.

WE’RE MAKING A WEEKEND OF IT: We’ll be grabbing our cameras and heading out to the Abandoned Zoo in Griffith Park on Sunday from 11-1.