One of Geology’s Great Mysteries May Actually Be Many Smaller Mysteries - Atlas Obscura
Want to see fewer ads? Become a Member. 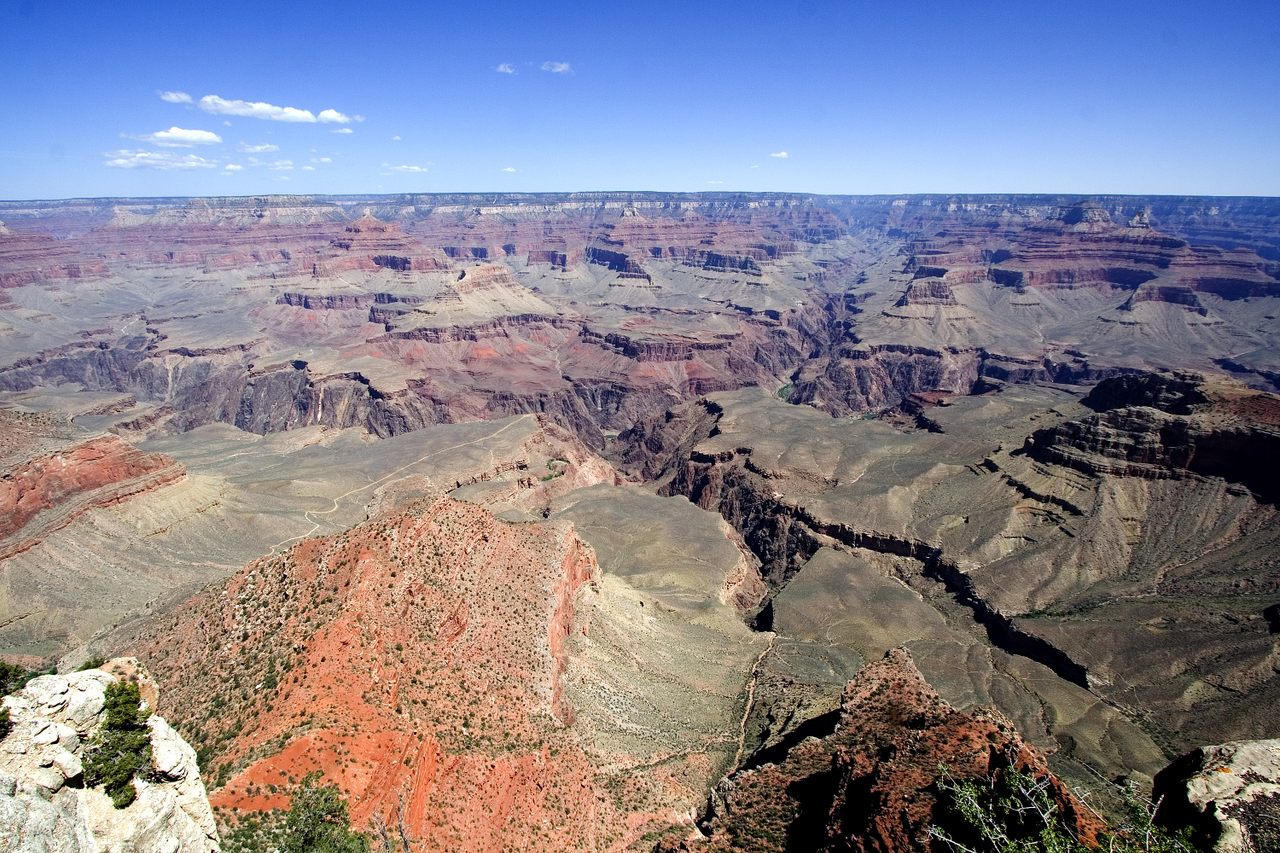 Geology forms the context for many other fields, including archaeology, paleontology, climatology, and more, but that doesn’t stop this bedrock science from throwing a curveball here and there. In some outcrops around the world there’s a gap, a hint of time gone missing, a huge swath of geological data that should be there but isn’t.

It’s called the “Great Unconformity,” and it has long vexed geologists from Nevada to Scotland. Geology is often the study of layers, set one on top of each other for billions of years and compressed into sequences that provide geologists insight into how the Earth has evolved through the eons. Under the best circumstances, that sequence is more or less uninterrupted, but there can be gaps—sometimes big ones, like the Great Unconformity, which can be seen all over, from the Rockies to southern Africa to northern China. This gap spans one of the murkier periods in Earth’s history, before the Cambrian explosion, around 540 million years ago, when the diversity of life on Earth went wild.

Erosion is one natural process that wears layers away from the stack of geological deposits, but how so much was wiped out across such a wide range of places in one go has remained unknown. Even the unconformity isn’t uniform, ranging in scale from over a billion years of missing time to a mere couple hundred million. In the Grand Canyon, the timeframe of the unconformity jumps multiple times along its length.

According to a new paper published in the journal Proceedings of the National Academy of Sciences, there’s evidence that this erosion didn’t all happen at once. There might have been many events involved—lots of little unconformities—the origins of which can be traced to about a billion years ago on the supercontinent Rodinia, a landmass three times as old as the supercontinent Pangea that broke up to form the world as we know it.

“This study suggests that major erosion happened long before the Cambrian explosion and was associated with either the assembly or the breakup of Rodinia,” says Rebecca Flowers, a geochronologist at the University of Colorado, Boulder, and lead author of the new study. “The Great Unconformity formed at different times and in different places and for different reasons.”

The unconformity has recently been associated with the theory of “Snowball Earth,” which posits that the planet froze over entirely around 700 million years ago, following Rodinia’s formation. The thought is that glaciation during the snowball years ground away rock all over the world, creating the gap in geological time. The Cambrian explosion followed, and can be seen clearly in the layers that eventually went down over the gap. Flowers’s recent work suggests that the unconformity her team analyzed, near Pike’s Peak in Colorado, was caused by erosion related to tectonic movement that preceded Snowball Earth.

The findings suggest that there may not have been one massive, synchronous erosion event like the Snowball Earth glaciers. Imagine you left a bunch of brownies unattended in the kitchen, and when you came back, half were gone. It would be hard to tell if there was one culprit, or a whole cast of sticky fingers.

Flowers’ team tested the rock near Pike’s Peak using thermochronology, an analysis that can show, on a radioactive level, when the stone had been very hot and when it had been very cold. The analysis suggests that the rock was pushed to the surface 717 million years ago at the latest—putting it on the surface and subject to erosion before the earliest age at which Snowball Earth may have started. And that’s when it started to wear away, before being covered again by more deposits, leaving the gap in between.

Though fieldwork is currently on pause due to COVID-19, the team’s next steps are to look at other North American examples of the geological discrepancy, including a famous outcrop in the bluffs of the Grand Canyon, to see if the rocks are telling different stories. In the meantime, Flowers says we should start reframing our geological vocabulary to accept some measure of uncertainty.

“The very term ‘Great Unconformity’ suggests it’s a singular event,” she says. “If it’s more complicated, I think it’s important to develop a terminology that reflects that greater complexity.”

Steamboat, normally quiet for months at a stretch, has already blown its top three times this spring.
tunnels

When Ruggles Mine went up for auction, mineral collectors feared it would never reopen to the public. After a last-minute reprieve, its future is still uncertain.
disasters

Thousands died in 1986 when the crater lake unleashed a cloud of toxic gas. Could it happen again?
islands

No one is sure how this geological oddity got there.
Video • PinDrop