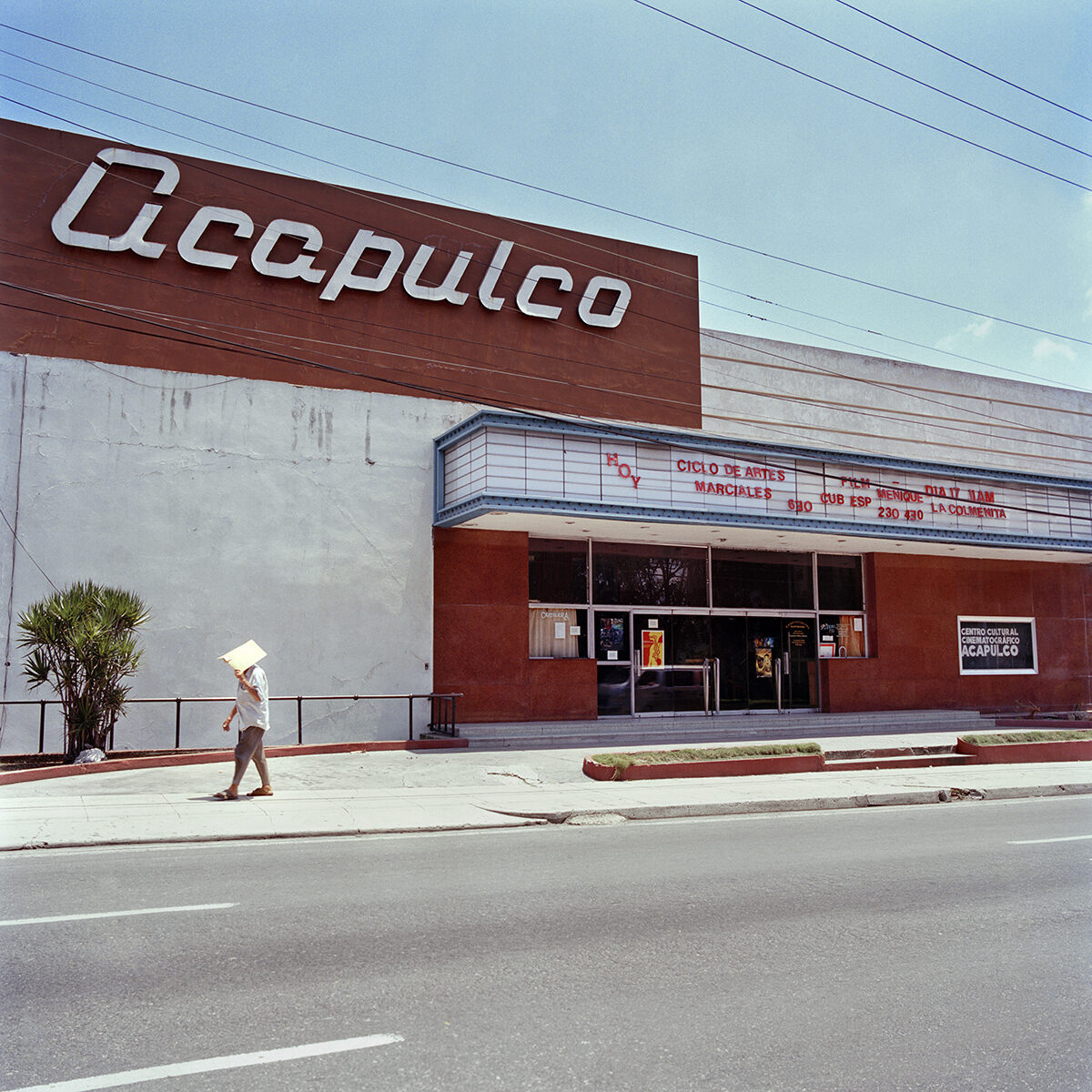 The photographer Carolina Sandretto spent the past four years tackling what turned out to be a massive undertaking: documenting 398 of Cuba’s remaining cinemas. It was an experience that, she says, was a source of near constant surprise. “As I never had a precise map of where the cinemas were located or even if they were still existing, each one was a discovery and an achievement on its own,” she says. For this project, now a book called Cines de Cuba, Sandretto scoured the country for remaining movies houses—some of which are still operational, some repurposed, others left to decay.

“Between the 1900s and the 1950s, Cuba was a prosperous island living under the influence of the United States,” says Sandretto. By 1955, there were 600 movie theaters on the island and 147 in Havana alone—more, by her estimate, than Paris and New York City combined. Some of these cinemas were funded by American film companies, such as the Warner (now Yara), which Warner Bros. opened in 1947.

The Yara is one of the few Cuban cinemas that remain operational today. “During the years of the Cuban Revolution the cinemas have been taken away from their owners and remained since in the hands of the government,” says Sandretto. “Unfortunately, the funds have been quite scarce and to maintain such a huge number of cinemas has been impossible for the state. In the last 50 years, almost 80 percent of the cinemas have been closed.”

Today, only 19 of these movie theaters are equipped to show digital film. Though since she started her project, Sandretto has seen changes. “In Havana, some cinemas have reopened their doors as cinemas, and artists are now using the cinemas for dance companies, like the Arenal and the Mara. In the rest of the country the population is slowly taking advantage of these huge spaces and creating dance schools, senior and junior centers, and reusing the cinemas in various ways,” she says. “It’s going to be a slow process but I personally think that the cinemas will have a new life in the next years.”

Her photographs frame the architectural style of each building with some of the surroundings. At the Fenix in Havana, there’s laundry hanging out front for the families who now live inside; at the Apolo, men sit on the step, waiting for a bus. As for the Yara, lit up by night in orange neon, it has hosted shows, sports screenings, and also films. It’s also one of the major venues for the annual International Festival of the New Latin American Cinema. This festival, says Sandretto, “is considered the ‘Festival de Cannes’ of the Americas. During those two weeks, all the cinemas are full of professionals and movie goers.”

In addition to the book, Sandretto set up a website with an interactive map showing the cinemas she visited across the country, with some notes note about the history and condition of each one. Atlas Obscura has a selection of images from Sandretto’s book, along with excerpts from her map.

A former Soviet labor camp is now partially flooded, like an island in the middle of a lake.
abandoned

Matt Lambros is inspired by abandoned theaters—and their potential for revival.
Read more
Thanks for sharing!