5 Recipes From Indigenous Chefs to Add to Your Thanksgiving Spread - Gastro Obscura
Want to see fewer ads? Become a Member. 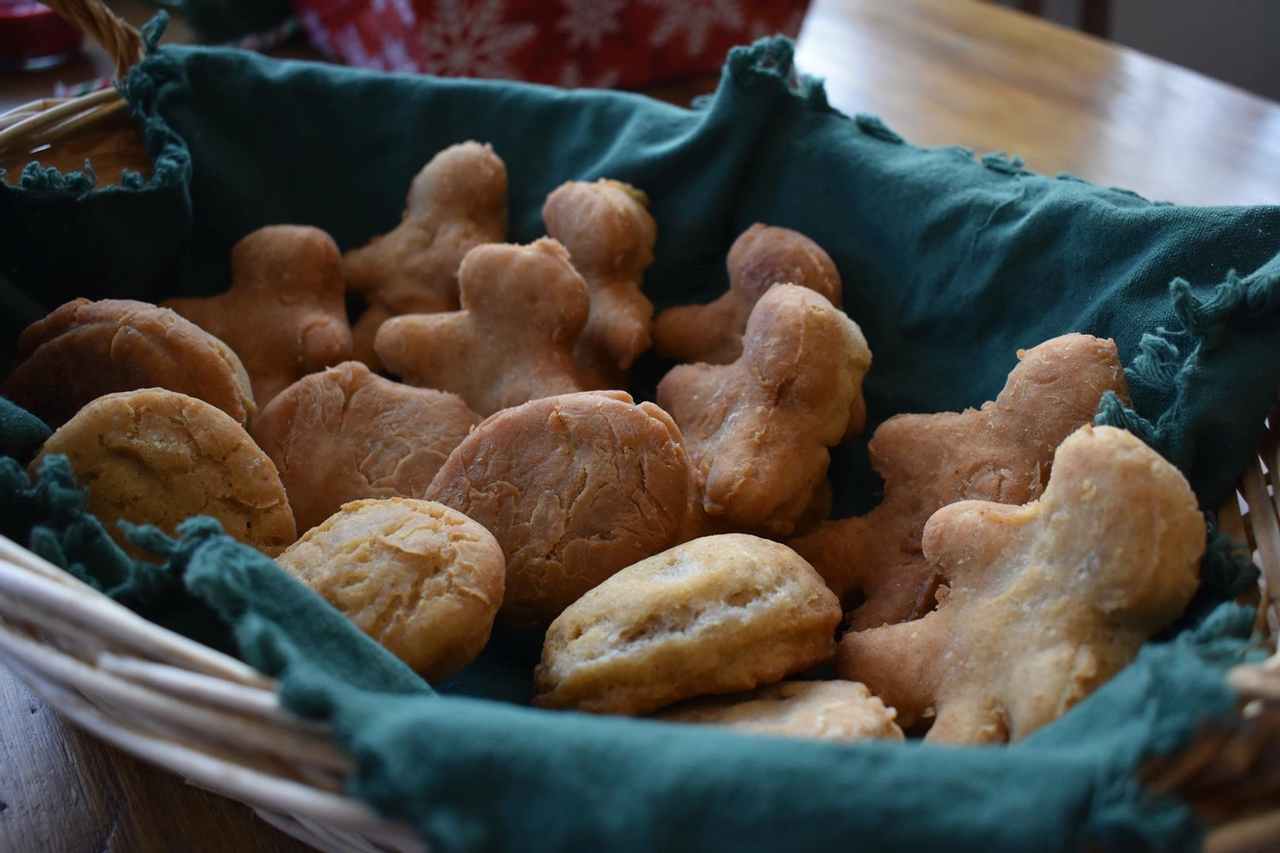 The shapes of these donuts celebrate different events among the Haudenosaunee. Courtesy of Tawnya Brant
In This Story
Place

The dishes at this restaurant by The Sioux Chef celebrate indigenous heritage.
Place

Named for the 39 tribes that live in Oklahoma, this restaurant's menu deliciously highlights local flavors.
Place

This Haudenosaunee restaurant is a delicious tribute to indigenous cuisine.

The modernized version of the Thanksgiving holiday is a blend of myth and fact. Although Plymouth Pilgrims did celebrate the harvest with members of the local Wampanoag tribe in 1621, a holiday called Thanksgiving wasn’t celebrated until the 1830s and wasn’t made official until 1863. By that point, European colonizers had committed countless atrocities against Indigenous communities, casting a dark shadow over the cross-cultural bread-breaking associated with the holiday.

Instead of leaning into rosy, revisionist history, why not use Thanksgiving to honor and celebrate Indigenous traditions? Below are five recipes from leading Indigenous chefs across North America. Instead of cranberry sauce, opt for Sean Sherman’s recipe for mixed-berry wojapi. Or try another take on Thanksgiving’s star bird with a hominy-and-turkey stew from Oklahoma’s First Americans Museum.

Along with the incredible stories of Indigenous people, many modern Thanksgiving celebrations also omit another key part of the narrative: the bounty of the harvest. Skip the boxed stuffing or mashed-potato flakes and try one of the recipes below to celebrate the local ingredients, stories, and people of this land.

Named in honor of the 39 Indigenous groups that call the state home, Thirty Nine recently opened inside the First Americans Museum in Oklahoma City. Its menu, designed by Indigenous chefs Loretta Barrett Oden (Potawatomi Nation) and Matthew Johnson (Cherokee), highlights regional game and crops. Both are on delicious display in the restaurant’s hominy stew, a rich, savory blend of turkey, hominy (corn kernels soaked in a caustic solution), and tomatoes.

While Scottish fur traders may have introduced bannock bread to North America in the 17th century, a number of ethnobotanists have pointed out that Indigenous people in what is now Canada made similar breads, such as sapli’l, from wild plants prior to the arrival of Europeans. Today, bannock goes by many names. To the Mi’kmaq, it’s known as luskinikn, while the Inuit refer to it as palauga. It may be made with or without additional fat, cooked in an oven or in a pan over an open flame, and made strictly with wheat or using a blend of grains.

However you slice it, a warm loaf of bannock is delicious, as diners at Inez Cook’s restaurant Salmon n’ Bannock will attest. Cook often serves her bannock with pemmican mousse made with smoked, dried bison meat mixed with blueberries and sage, but it needs no accompaniment beyond a smear of salted butter.

As a Haudenosaunee chef, Brant seeks to bring attention to both historical and contemporary recipes from her Mohawk people and the Six Nations. Some traditional foods, Brant notes on her blog, are currently experiencing a comeback in the modern day, citing “Indian donuts” as an example. One theory is that these treats date back to when the Dutch and the Haudenosaunee mingled in the 1600s in northeast America, the latter picking up a Dutch New Year tradition and putting their own spin on it.

Today, these donuts are made for occasions year-round, in shapes that reference particular events, writes Brant: diamonds for funerals, and people shapes for the New Year. Since these crisp donuts serve to bring friends and family together, fry some up for a hearty Thanksgiving breakfast (or, if you yourself are fried from cooking, maybe wait until the day after).

Sean Sherman, the James Beard Award–winning chef and cookbook author, founded The Sioux Chef in 2014. Since then, he’s been on a mission to educate everyone about indigenous cuisine at his restaurant, Owamni, through his incubator and training center, The Indigenous Food Lab, and with his cookbook The Sioux Chef’s Indigenous Kitchen. In lieu of cranberry sauce, Sherman might serve a sweet, tart, and surprisingly complex berry wojapi alongside turkey or other roasted meats.

Wojapi refers to a rich, jammy compote historically made by the Dakota and Lakota Nations, who often make it with foraged chokecherries. Any berry native to North America, including cranberries, can be simmered into this condiment. As a side dish, Sherman’s roasted acorn squash sprinkled with toasted pepitas would be a welcome addition to any table.

A Photographer's Journey With the Ancient Baobabs of Madagascar

While credit for the dish is widely shared, here’s how to choose ingredients that celebrate its Indigenous roots.
food

From boozy fruit preserves to tomato soup cake, we're looking back at a year of culinary curiosity.
Video • Wonder From Home