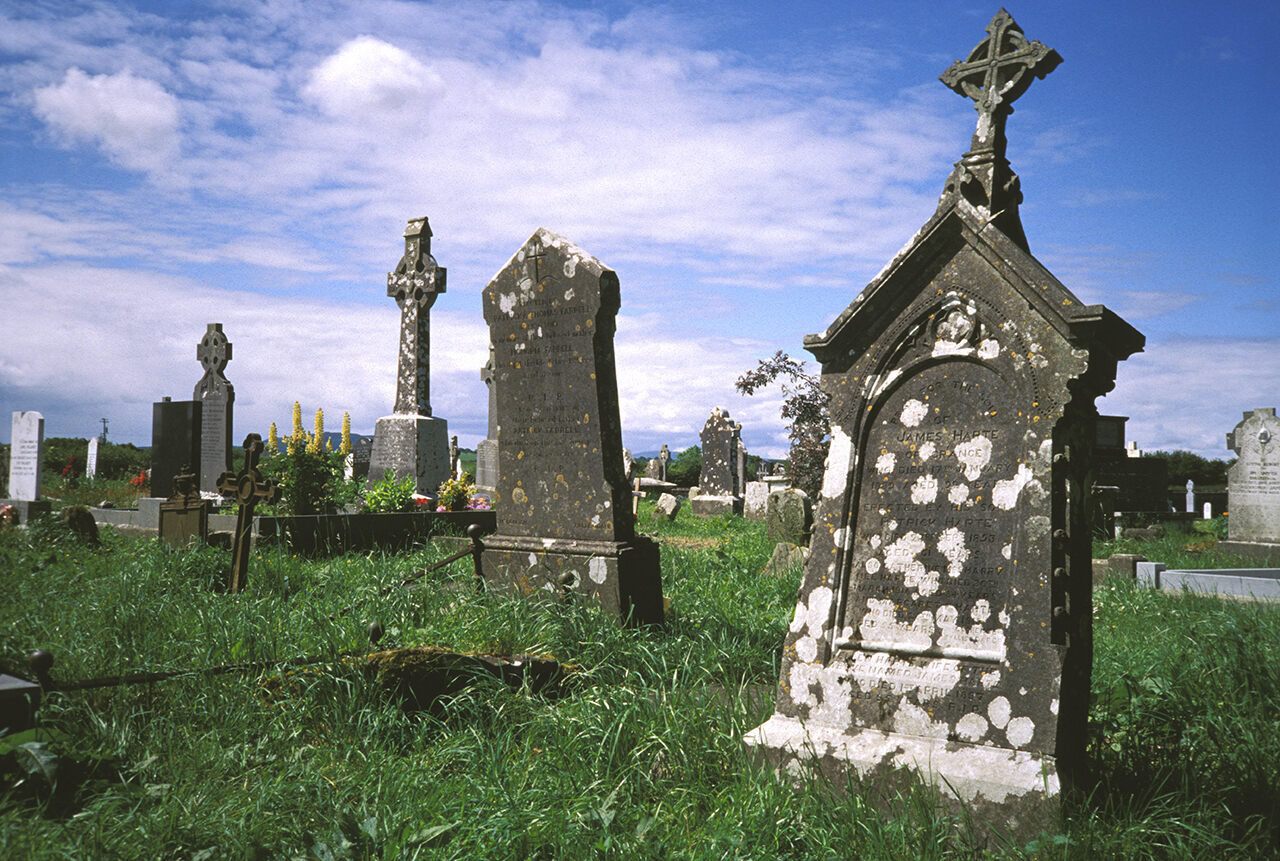 An afternoon wind funnels down deserted Old Market Street, past shuttered shops and darkened restaurants. The rowdy Irish student town of Sligo has been frozen. It is two months into a strict nationwide lockdown enforced by the Irish government to combat the novel coronavirus, which has killed more people per capita in Ireland than in the U.S.

The last time Sligo was this empty—this lifeless, this restricted—was 188 years ago. Cholera was the culprit. That epidemic spawned not just death, poverty, famine, chaos, and desertion but also a legendary vampire. Yet only in late 2018 did Irish researchers make this startling discovery: Dracula was born in Sligo.

In 1832, on Old Market Street, a 14-year-old Irish girl hid in her home during the cholera outbreak, which killed more than 10 percent of the town’s population. The ghastly scenes around her—mass graves, corpses in the street, victims buried alive—she later recounted to her son. His name was Bram Stoker, and those bleak stories were a key source of inspiration for writing Dracula—one of the most influential novels in history. First published in 1897, this vampire tale has spawned dozens of movies, plays, TV shows, and books.

In Stoker’s novel, an English lawyer travels to the Transylvanian peaks of Romania, where he visits an isolated place called Castle Dracula. There he is attacked and imprisoned by the blood-drinking vampire, Count Dracula. The rest is fairly well known.

Among many longstanding theories about Stoker’s inspiration for Dracula, the most popular is that the author was motivated by Vlad the Impaler, a sadistic Romanian leader famous for torturing his foes. This 15th-century prince was also called Drăculea.

That, however, is where the links between Dracula and Drăculea appear to end. Despite the Transylvanian setting—and the fact that that region’s Bran Castle is now also called Dracula’s Castle—historical accounts show that Vlad had minimal connections with that area, and never actually lived in that castle.

So beyond the book title, where did Stoker get the idea for Dracula, a ghoul who is dead yet alive and infects those that he bites, turning them into vampires? The answer lies in Sligo, a picturesque town now home to 20,000 people on Ireland’s west coast surrounded by dense forests, green mountains, windy beaches, and salmon-rich rivers.

That’s the contention of Irish historian Marion McGarry, a member of the Sligo Stoker Society, which has done meticulous research into links between Dracula and Sligo’s cholera outbreak.

McGarry says Stoker was inspired by a grisly account of that epidemic written by his mother, Charlotte Thornley, who hid from the plague in her home before she fled Sligo with her family. Thornley’s essay remained unpublished and buried in a Dublin archive until the Society studied the text and, last year, had it widely circulated.

“Bram as an adult asked his mother to write down her memories of the epidemic for him, and he supplemented this using his own historic research of Sligo’s epidemic,” says McGarry. “Scratching beneath the surface (of this essay), I found parallels with Dracula. [For instance,] Charlotte says cholera enters port towns having traveled by ship, and can travel overland as a mist—just like Dracula, who infects people with his unknown contagion.”

The strongest link McGarry found, though, was between Dracula’s liminal state—being simultaneously dead and conscious—and Thornley’s description of cholera victims who were buried alive. Stoker was morbidly fascinated by this detail. So much so that the working title for his novel was The Undead, before his publisher later changed it to Dracula.

The cholera stories that Thornley told Stoker were realistic, says Fiona Gallagher, an Irish historian who studies that epidemic. The outbreak killed as many as 1,000 Sligo residents and caused pandemonium. To stop residents from escaping the disease-ridden town (and subsequently spreading the plague to other places), trenches were dug around Sligo and a road blockade was erected.

Cholera attacked Sligo so fiercely and rapidly that corpses lay in the streets, and 20 carpenters couldn’t meet the demand for coffins. “Many bodies remained un-coffined,” says Gallagher. Instead, about 500 victims were wrapped in sheets and buried in a giant trench. Most of Sligo’s doctors and nurses died from the disease, many of the clergy fled, and residents trapped in the town rioted.

To Sligo residents like Stoker’s mother, the world seemed to be ending. Sligo, Thornley wrote in an essay to her son, had become “like a city of the dead.” “According to Charlotte, as the epidemic escalated, terrified nursing staff would take cholera patients, stupefied by laudanum or opium, and simply place them alive in the mass graves,” McGarry says.

Such descriptions, he contends, were what fired Stoker’s imagination. Although he was famously private, the author acknowledged, in a rare interview about Dracula, that the story was “inspired by the idea of someone being buried before they were fully dead.”

In the past year, Sligo has embraced this newly discovered connection with Dracula, and hopes it can use it to attract tourism. Street art has been dedicated to Stoker and his vampire creation, a plaque was recently erected on the building where Thornley lived through the epidemic, and a Dracula-themed walking tour is being launched this year. One of Stoker’s descendants, Canadian author Dacre Stoker, visited the town last year to take part in an event celebrating Sligo’s links to Dracula.

All these years after Sligo descended into cholera-fueled chaos, it seems that something positive is emerging from the catastrophe. When Ireland’s coronavirus lockdown reaches its finish (scheduled to occur in July), the town can go back to touting its connection to one of history’s greatest fictional characters. A blood-addicted monster born not in Transylvania but right here, in Sligo, out of the remnants of death, disarray, and devastation. The literary product of an epidemic.

How Killer Rice Crippled Tokyo and the Japanese Navy

They can turn a drunken walk home into a wild ride.
objects of intrigue

Now archaeologists are using it to search for evidence of clandestine activity.
haunted

Loftus Hall holds tales of Satan, colonialism, and getting stood up by the Queen.
Video