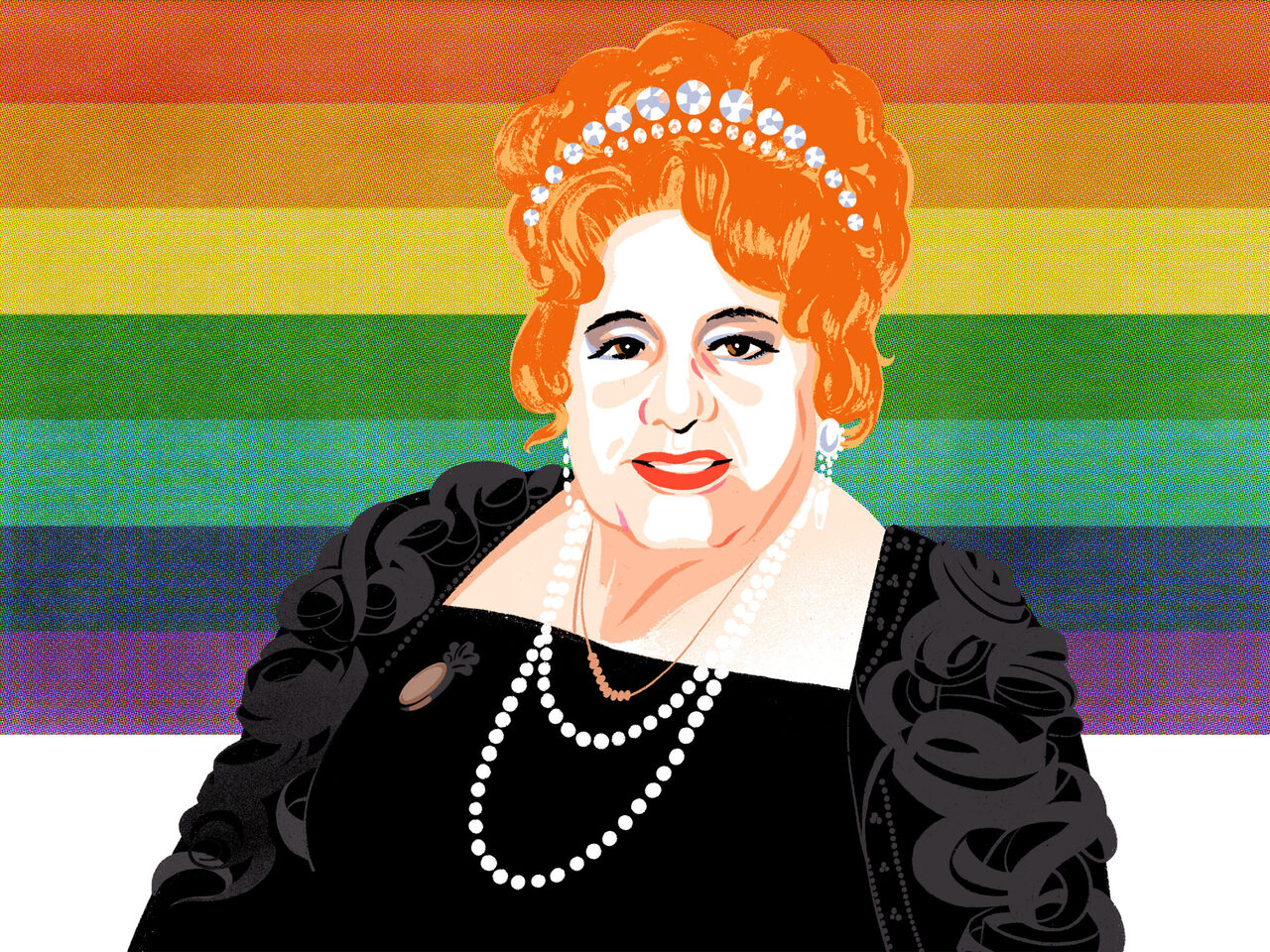 When waiters at the Black Cat Café in San Francisco began pushing dining tables together at the front of the room, a murmur would ripple through the crowd. A performance was coming.

The crowd would fall silent as a man stepped onto the makeshift stage. Less than five feet tall, he was dressed in red pumps, a tiara, tight black pants and a shawl. He wore cherry-red lipstick. In his hand: a single orchid.

This was José Sarria, who in 1961 blazed a rogue path for LGBTQ representation as the first openly gay person to run for public office in the United States. “They were trying to make gay people second-rate citizens,” he said. “I’ve never been a second-rate citizen… As little as I may be, I’m part of the history.”

But before Sarria went down in history, he sang arias to packed crowds at the spot that Allen Ginsberg called “the greatest gay bar in America.” Sarria knew more than 45 operas, and his most famous performance was a rendition of the French opera Carmen. Sarria’s version of the titular character lived in modern-day San Francisco. This Carmen visited a popular cruising spot and hid in the bushes to evade police capture.

The Black Cat crowd ate it up, perhaps in part because the plot was all too familiar. The San Francisco of the ’50s and ’60s was a hostile place for the queer community. An early 1950s editorial in the San Francisco Examiner called for a force to “drive [gay and trans people] out of the city,” and police regularly arrested gay and trans people on bogus charges at well-known gay hangouts—including Sarria’s beloved Black Cat.

By 1961, Sarria had had enough. When he found out that there were five seats open for the San Francisco Board of Supervisors, he decided to throw his (plumed) hat in the ring. It was an audacious move. At first, neither the city’s Democrats nor Republicans allowed him to run under their auspices. But Sarria, determined, got his name on the ballot, and out of 33 candidates he came in ninth, winning about 5,600 votes.

Later, Sarria reflected on his trailblazing run for public office saying he was angry, and had done so to prove a point: He had a right to run for office and didn’t have to hide.

Sarria’s campaign changed politics forever. From that moment on, politicians knew they could no longer neglect queer voters. Progress was slow, but steady. In 1977, 16 years after Sarria ran for office, his friend Harvey Milk became the first openly gay elected official in California.

In the years that followed, Sarria founded the Imperial Court System, a charity known for its annual galas that raise money to fight AIDS, breast cancer, domestic abuse and homelessness. Bored with the usual titles, Sarria declared himself the first Empress of San Francisco. The Imperial Court System now boasts more than 70 chapters across the world, which collectively raise millions of dollars each year for its many causes.

“José didn’t set out to be an activist,” says Coco LaChine, president of the Imperial Court of New York. “He simply refused to be treated like a second-class citizen.”

Sarria turned that principle into a life’s philosophy. “If enough people scream, it will make a difference,” he said. Sarria inspired a lot of people to scream, and the difference he made is still being felt by ordinary empresses the world over.

Meet the Experimental Violinist Forging Her Own Path

Meet the Experimental Violinist Forging Her Own Path

Mirai Nagasu: The Figure Skater With Triple the Guts

Jennifer Lee: The DJ Who Rediscovered Music After Brain Surgery

Mirai Nagasu: The Figure Skater With Triple the Guts