The Remarkable Story of a Woman Who Preserved Over 30 Years of TV History - Atlas Obscura
Want to see fewer ads? Become a Member. 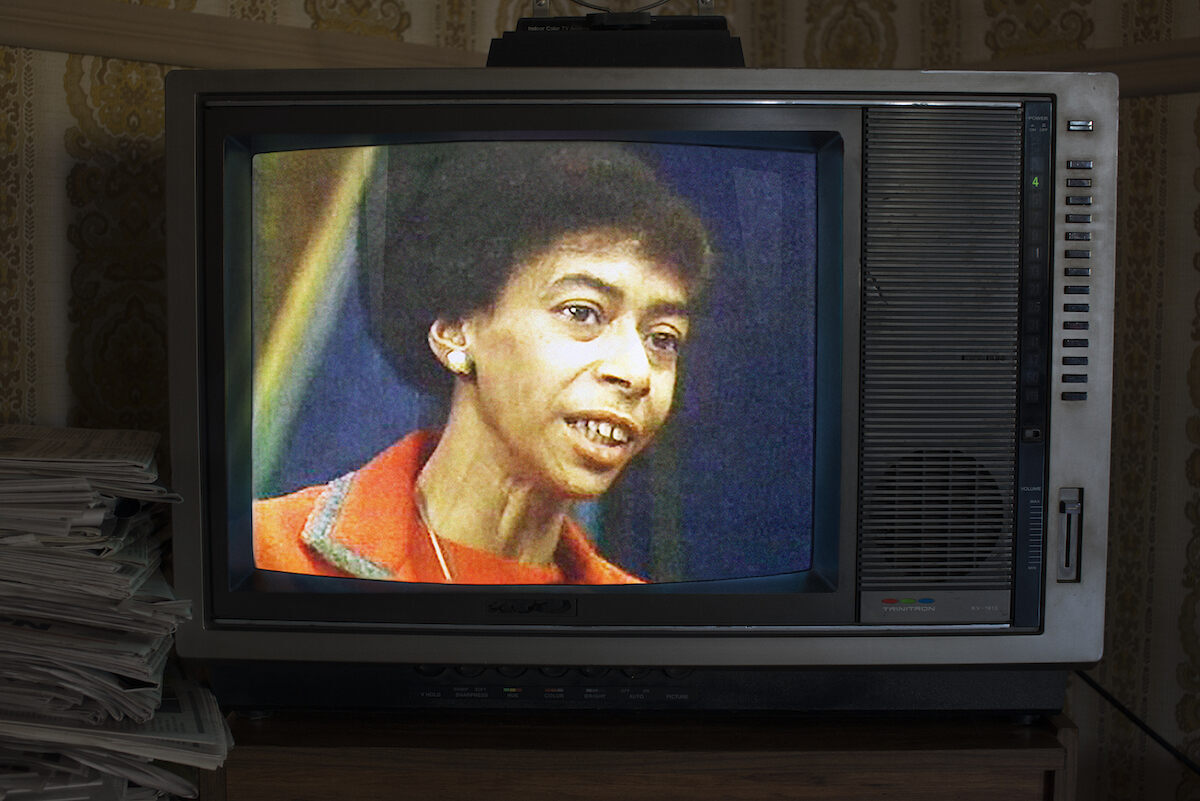 About 71,000 VHS and Betamax cassettes are sitting in boxes, stacked 50-to-a-pallet in the Internet Archive’s physical storage facility in Richmond, California, waiting to be digitized. The tapes are not in chronological order, or really any order at all. They got a little jumbled as they were transferred. First recorded in Marion Stokes’s home in the Barclay Condominiums in Rittenhouse Square in Philadelphia, the tapes had been distributed among nine additional apartments she purchased solely for storage purposes during her life. Later, they passed on to her children, into storage, and finally to the California-based archive. Although no one knew it at the time, the recordings Stokes made from 1975 until her death in 2012 are the only comprehensive collection preserving this period in television media history.

In 1975, Stokes got a Betamax magnetic videotape recorder and began recording bits of sitcoms, science documentaries, and political news coverage. From the outset of the Iran Hostage Crisis on November 4, 1979, “she hit record and she never stopped,” said her son Michael Metelits in Recorder: The Marion Stokes Project, a newly released documentary about his mother and the archival project that became her life’s work.

“She was interested in access to information, documenting media, making sure people had the information they needed to make good decisions,” says the film’s director, Matt Wolf.

The year 1980 brought the launch of CNN, and the 24-hour news cycle. Soon, three, four, five, and sometimes as many as eight tapes were spinning away at once in Stokes’s apartment, recording news broadcasts, commercials, and everything in between on multiple networks. While many people assumed that television networks held on to everything they aired, that wasn’t the case. Studios were constantly erasing and recycling broadcast tapes in order to save money and free up storage space.

Stokes was no stranger to television and its role in molding public opinion. An activist archivist, she had been a librarian with the Free Library of Philadelphia for nearly 20 years before being fired in the early 1960s, likely for her work as a Communist party organizer. From 1968 to 1971, she had co-produced Input, a Sunday-morning talk show airing on the local Philadelphia CBS affiliate, with John S. Stokes Jr., who would later become her husband. Input brought together academics, community and religious leaders, activists, scientists, and artists to openly discuss social justice issues and other topics of the day.

“Our vision is really aligned with Marion’s,” says Roger Macdonald, director of the television archives at the Internet Archive. “It’s really bold and ambitious: universal access to all knowledge.” Marion’s son had contacted the Internet Archive when he was trying to find a home for her tapes in 2013. Macdonald immediately seized the opportunity. Within 20 minutes, the two were on the phone.

Macdonald recalls asking Metelits, “How could you physically manage taping all this stuff? And he said, ‘Well, we’d be out at dinner and we’d have to rush home to swap tapes’ … that was one of the cycles of their lives, tape swapping.”

In addition to her son Michael and her husband, Stokes’s nurse, secretary, driver, and step-children were enlisted to assist in her around-the-clock task of capturing every moment on television. She would also involve them in active conversations, asking those around her what they thought about how the issues of the day were being handled on broadcast television.

Having been surveilled by the government for her early political activism––she and her first husband, Melvin Metelits, had attempted to defect to Cuba together before splitting up––Stokes was exceedingly cautious about her recordings while she was alive. She eschewed Tivo, and although she was an early and evangelical investor in Apple Inc., she never sent an email in her life. She even managed to convince the rest of the already-wealthy Stokes clan to buy Apple stock, which paid off in spades. She funneled these funds into her recording project and the massive storage space she required as the sole force behind it.

“She’s already excluded from power and established institutions, so it makes sense that she’d want to pursue her life’s work privately,” says Wolf.

Now, Stokes’s work will be made publicly available on the Internet Archives, bit by bit, offering everyone the opportunity to examine history––and perhaps to set the record straight.

Two major Antwerp institutions are putting some of their voluminous holdings in the cloud.
medicine

The pioneering women who faced jeers and discrimination to become doctors.
nature

"People wanted so much for there to be dolphins in the canals in Venice."
art

Artists are bringing back Amabie, a 'yōkai' associated with protection from disease.
Video • PinDrop

Learn to draw, craft up a storm, or boogie like it's 1979.
Read more
Thanks for sharing!