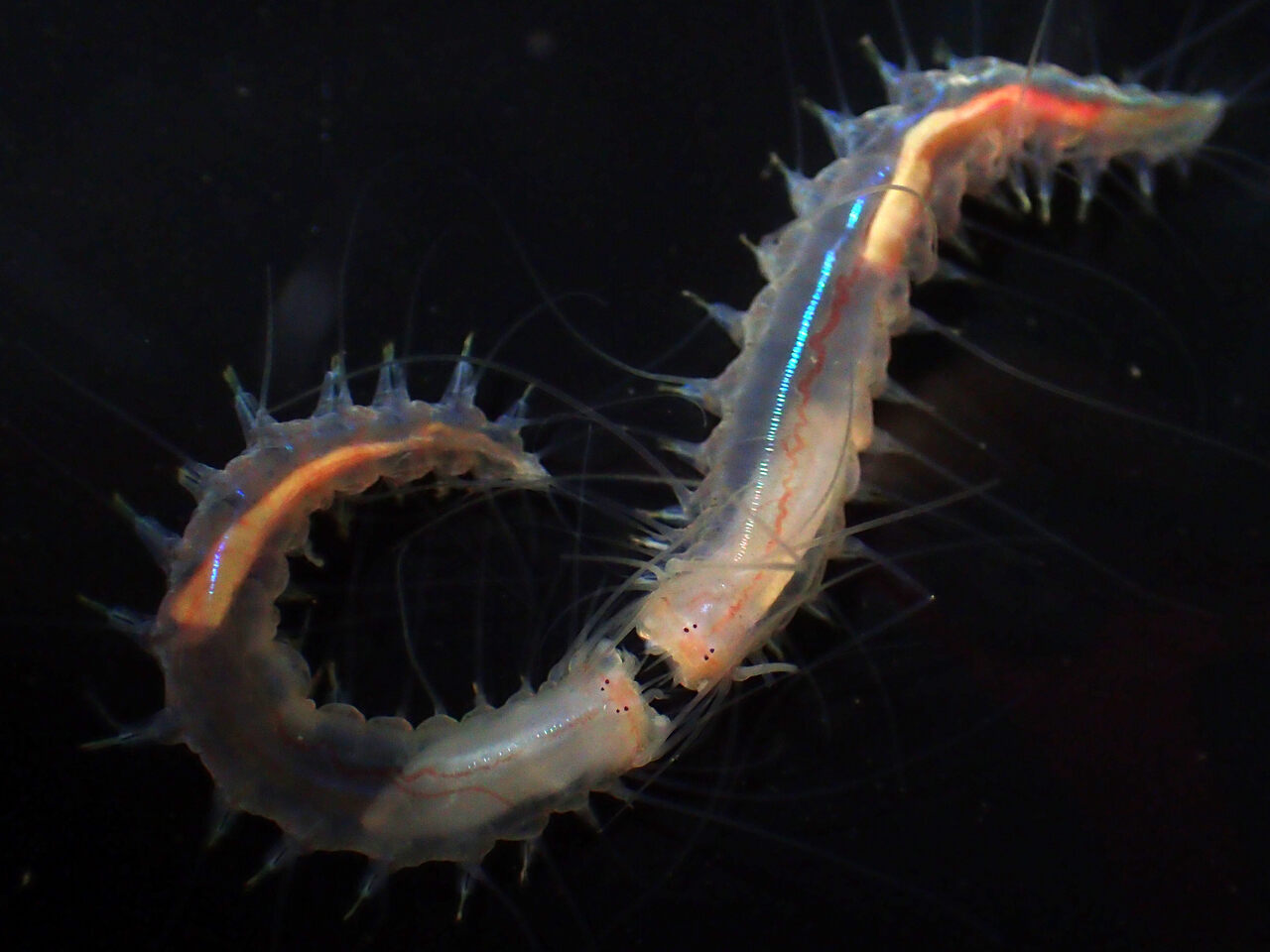 How does Leocratides kimuraorum do it? Ryutaro Goto / Courtesy A. Richard Palmer
In This Story
Destination Guide

Somewhere off the coast of Japan, hundreds of feet underwater, a couple of flimsy, miniscule worms are butting heads and—somehow—making lots of noise. As much as 157 decibels’ worth, to be exact. That’s how loud the worms’ “mouth-fighting” can get when measured underwater, making it one of the most powerful sounds in the deep seas. (By comparison, at most, jet skis can generate noise levels of just 125 underwater decibels.)

New research published in the journal Current Biology takes a close look at these worms, whose species—Leocratides kimuraorum—wasn’t discovered until 2017. That discovery, says A. Richard Palmer, a marine biologist at Canada’s University of Alberta and a co-author of the new study, was made entirely due to chance.

Palmer’s colleagues in Japan were collecting some routine samples from the water and couldn’t help but notice the unusual popping sounds emanating from their haul. When the researchers shared their findings with him, Palmer says he “was completely amazed to hear a sound that loud coming from a worm.” It was “very intense.”

The impact of the finding is amplified by the worms’ insubstantial frames, which at first glance seem incapable of producing the kinds of reverberating knocks you would get from, say, clanging two hard shells together. Take the snapping shrimp—some of which are named for the band Pink Floyd—for example. These shrimp have large, intimidating claws that, when snapped at high speed, create cavitation bubbles that burst and then boom with even more volume.

What do the Leocratides kimuraorum have? Not much: just 29 millimeters (max) of nearly translucent flesh—and a fighting spirit. Palmer says that when he first heard the worms, he couldn’t “even imagine how a soft-bodied animal could do something like that.” (Watch—and listen—to them go at it here.)

The study suggests that the worms may also be making their noise with cavitation bubbles, yielded by the rapid expansions of their pharynges upon collision. But Palmer says there’s more work to be done to confirm that that’s the case. These worms are particularly difficult to observe in their natural habitat, as they live inside sponges that can be as deep as 550 feet underwater.

For their next dredging trip, Palmer’s colleagues in Japan may experiment with submerging bright lights to illuminate the worms’ activity, and with higher-speed videos of the worms that may reveal further subtleties in their movements.

That data could also help clarify why, exactly, the worms are mouth-fighting in the first place. Palmer suspects that they may be feuding over their respective territorial domains within the sponges, but admits that that’s “speculative.” He’d also like to know more about how and why this noise-making ability evolved, and says it could be useful to look at the pharynges of other species within the same genus as a first step.

No matter what comes of further research, this much is clear: Whether they’re mouth-fighters or wood-chippers, underwater worms are not to be messed with.

“This is definitely one of the greatest discoveries of Hokusai works in a long time."
food

Famous fruits, including the Fuji apple, were the result of decades of effort.
food

The biggest names in Japanese technology vied to bring them to market.
Video • Object of Intrigue