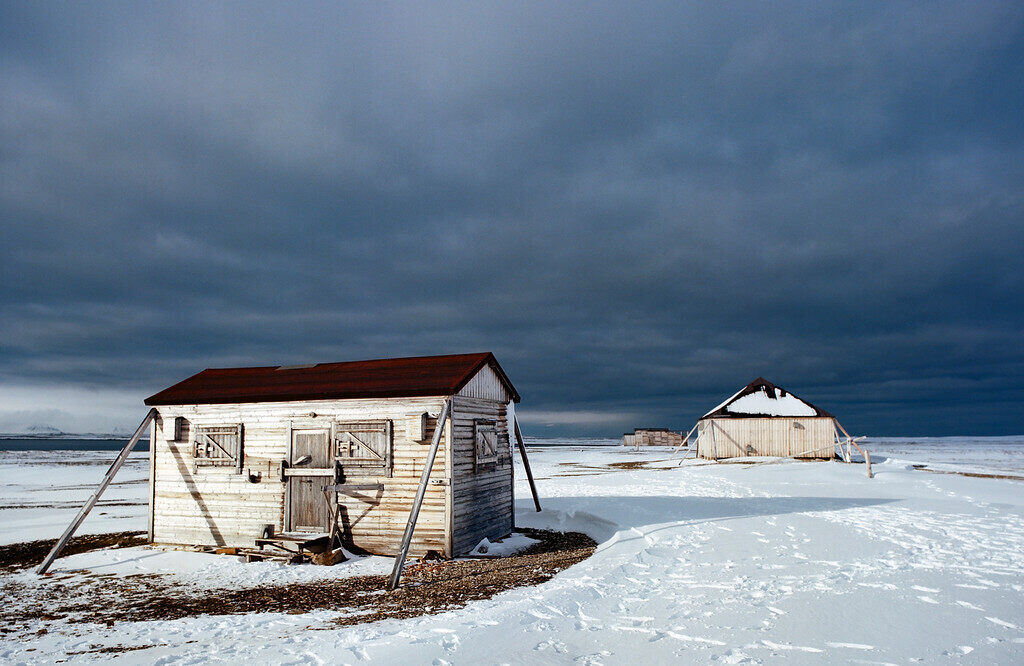 Abandoned research stations in Svalbard. These old shacks at the Kinnvika Polar Research Station have locks to protect against polar bears. Christopher Michel

High above Norway, in the cold depths of the Arctic Ocean, lies the Svalbard archipelago. Located some 650 miles from the North Pole, Svalbard is a place of long, dark winters and breathtaking landscapes populated by Arctic foxes, reindeer and polar bears. But it’s also home to unexpected ruins, stark remnants of the places where people have lived on these unforgiving islands.

During the 17th and 18th centuries, Svalbard was used as a base for whaling expeditions; by the early 20th century, its main industry was coal mining. Today, it’s still possible to glimpse some of this history in the abandoned mining operations that still exist around the largest settlement, Longyearbyen, which has a population of 2,162 people. Getting around is another matter: roads are limited, which restricts transport mainly to snowmobiles in winter and boats in summer. Air travelers to Svalbard land at the world’s northernmost public airport, which was built during WWII.

Just north of Longyearbyen is the former Russian coal mining settlement known as Pyramiden. Purchased by the Soviet Union from Sweden in 1927, and once home to more than a thousand people, it was abandoned in 1998. Today the signs of its former inhabitants remain only in the guise of a decaying Olympic-sized swimming pool, a movie projector, and a room overflowing with rolls of film.

This isolated, frozen landscape held great appeal for photographer Christopher Michel. This was his second trip to the High Arctic, and, he says, “I am absolutely captivated by remote landscapes devoid of humans. A place where survival requires extraordinary adaptation.” This affinity runs through his photographs, which are a compelling account of this unique region and the remnants of the communities that lived there.

Below, Atlas Obscura has a selection of Michel’s images of Arctic ruins in Svalbard.

How Different Is Elon Musk's Plan From Mars Colony Visions of the Past?

A new collection acquired by the Smithsonian is a window into Black history.
Video • AO Docs

5:25
Want to see fewer ads? Become a Member.
From Around the Web
Travel With Atlas Obscura
Are you a curious traveler?
Join local experts in 50+ destinations for a once-in-a-lifetime journey.
View Our Trips
Thanks for sharing!