Why MLK Day Is a Big Deal in Hiroshima - Atlas Obscura
Want to see fewer ads? Become a Member. 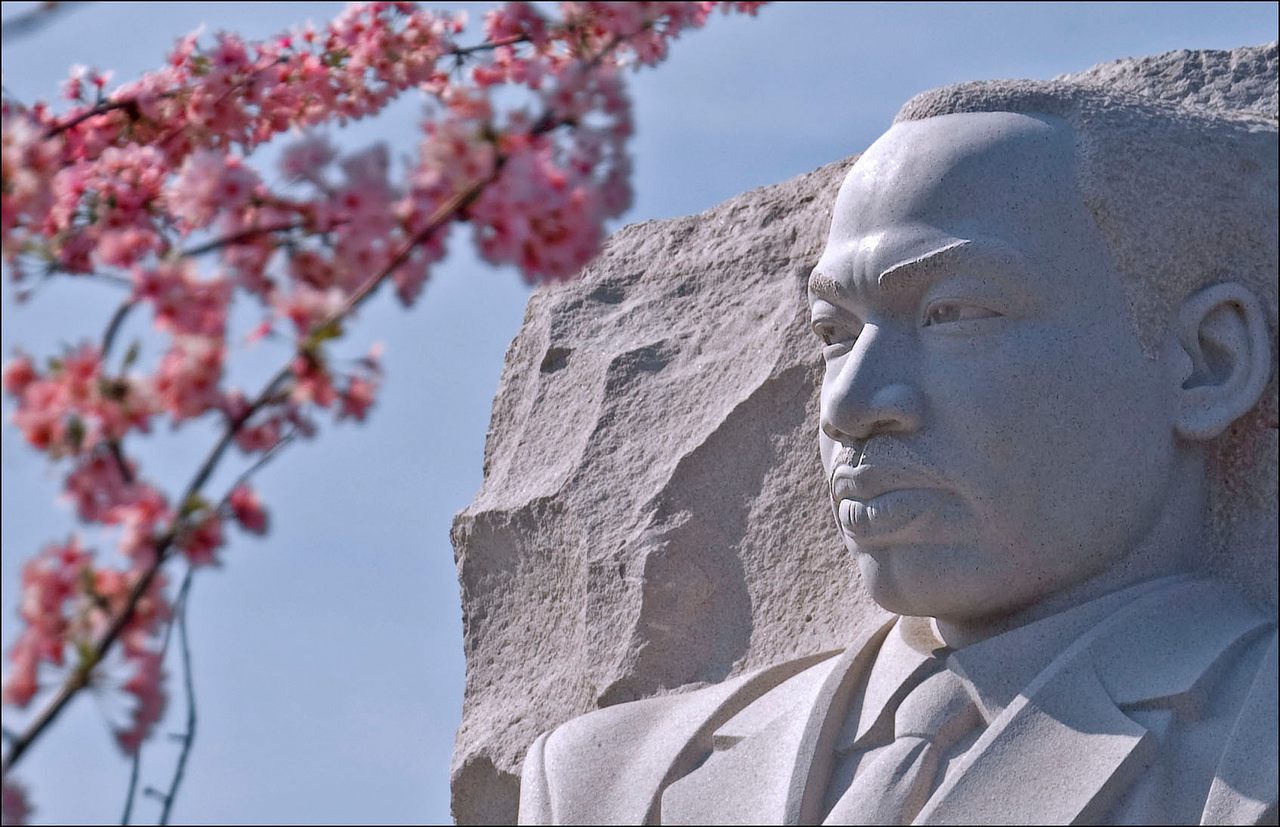 On Martin Luther King Jr. Day, thousands of Americans join parades, volunteer, or just take a few minutes to contemplate the legacy of a man devoted to peace. And odds are, at least a few people in Japan do, too–thanks to a former Hiroshima mayor who was also an MLK superfan.

“Hiroshima is one of the only cities outside North America to honor Martin Luther King Day,” historian Patrick Parr wrote in The Japan Times last year. The relationship highlights a lesser-known part of King’s legacy, as an anti-nuclear activist. For decades, King spoke adamantly against the nuclear weapons that devastated Hiroshima and Nagasaki, saying that further use of such bombs would transform the world into “an inferno that even the mind of Dante could not imagine.” In a 1967 letter addressed to the “People of Japan,” King wrote, “Japan knows the horror of war and has suffered as no other nation under the cloud of nuclear disaster. Certainly Japan can stand strong for a world of peace.” He also wrote of his desire to visit, expressing hope that “my schedule will soon permit me to bring a word of greeting to you from the people of good will and brotherhood in the United States.”

Tragically, King never made it—four months after he signed the letter, he was murdered. It took 30 more years, and a man named Tadatoshi Akiba, for the ties King established to be tightened. Born in Tokyo in 1942, Akiba traveled to the United States to get his graduate degree and stayed there for 18 years, studying and teaching mathematics. After moving back to Japan, he entered politics, and was elected mayor of Hiroshima in 1999.

Akiba quickly threw himself into peace activism and nuclear disarmament work. Like his predecessors, he wrote protest letters to countries possessing nuclear weapons, and he became president of Mayors for Peace, a coalition of hundreds of city leaders worldwide dedicated to the international elimination of nuclear weapons. In the dozens of speeches he made as a diplomat and leader, he often resurrected the words and teachings of Dr. King, drawing parallels between the fight for civil rights and the struggle for disarmament. He borrowed King’s phrasing to explain an early project, in which Hiroshima donated cherry blossoms to the United States in exchange for dogwood trees, saying he “had a dream” of diverse people and trees gathered together.

As a featured speaker at a Martin Luther King, Jr. Day tribute event in Washington, D.C., Akiba detailed how he shared King’s legacy with new generations. “In Japan, we traditionally celebrate the coming of age for our young people on January 15th, Martin Luther King, Jr.’s birthday,” he said. “On that day, I always tell our young people about the civil rights movement in the United States, to impress upon them the importance of electoral politics and nonviolent social change.” Akiba also passed out booklets about King to the city’s youth.

This philosophical alliance worked well for Akiba. In his time with Mayors for Peace, he brought on hundreds of new member cities and helped to pass a number of disarmament resolutions. Though he stepped down as mayor in 2011, his enthusiasm for Dr. King has left a memorializing legacy—one that is reciprocated across the sea. When Americans seek a place to commemorate the bombings of Hiroshima and Nagasaki, they often choose Washington D.C.’s Martin Luther King, Jr. memorial, which is foregrounded, for much of the year, by cherry blossoms.

He's a towering figure in history, but his story is far from complete.
food