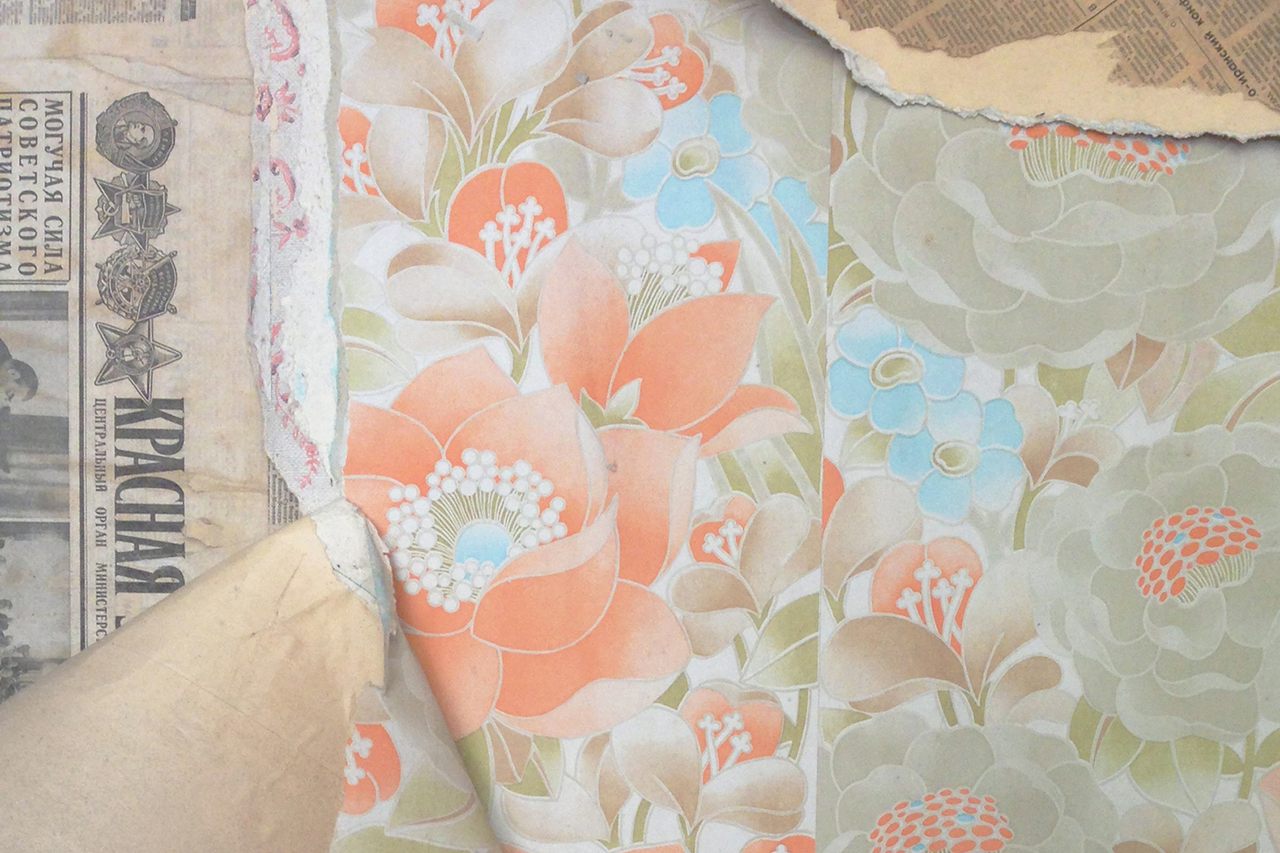 In the summer of 2014, Elena Amabili and Alessandro Calvaresi were photographing the ghost town of Ibene in Latvia, home to a top-secret radio telescope. But while there, they found themselves intrigued by the town’s more prosaic elements. The peeling paint and faded, torn wallpaper inside the abandoned Soviet-era apartment buildings seemed to offer a glimpse into the lives of the town’s former inhabitants.

Since then, Amabili and Calvaresi have traveled through other post-Soviet countries exploring deserted structures and, particularly, the interior walls of what were once peoples’ homes. Their project, Soviet Innerness, is a fascinating and unexpected look at Soviet-era interiors. Together, the images form an unsolvable visual puzzle about what life was like behind the Iron Curtain.

The photographs, all taken from the same angle, highlight small details of the homes. In one, peeling wallpaper reveals faded animal prints of a cat, a mouse and an alligator holding an umbrella. In another, a newspaper cartoon of a waving spaceman with a helmet initialed “1964” peeks out. Several images show wallpaper layered over newspaper, which was used to help weatherproof the walls.

Atlas Obscura has a selection of images from the project, below.

Distinctive designs from the "Golden Age" of roller-skating.
design

A tour of the city's most striking signs.
signs