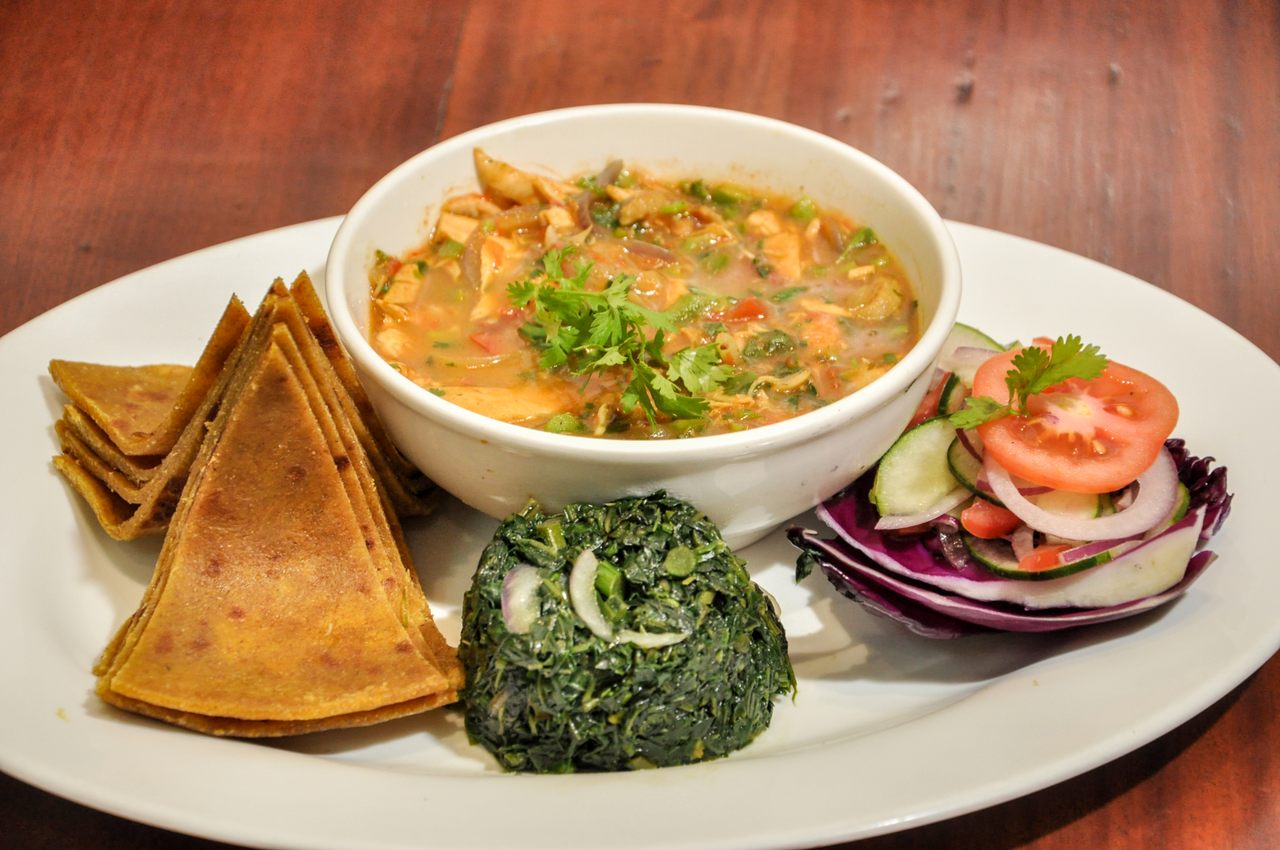 John Onyango has never been to culinary school, nor did he start his career as a chef in a recognized restaurant or hotel. Instead, he first cooked in a suburban food kiosk, where he served the wage earners who worked in the neighboring schools, market and local Nairobi City Council offices.

But that was 25 years ago. Today, Onyango is a sought-after chef, cooking for K’Osewe Ranalo Foods. In the business district of Kenya’s capital city, the restaurant specializes in indigenous and African dishes. However, its clientele is the city’s upper crust, with the disposable income to afford its pricey menu.

With seating for 300 people, the restaurant is busy around the clock. Once considered food for the hoi polloi, indigenous cuisine is now sought out after by the city’s elite eaters. In just a decade, Ranalo Foods has mainstreamed dishes that were once only sold at the city’s small food kiosks.

The day I visited Onyango, he was preparing athola roasted beef stew, a delicacy once mainly eaten in western Kenya, especially by the Nilotic Luo people. Today, it’s enjoyed by the middle and upper class who eat at Ranalo Foods, who hail from all across the ethnic spectrum.

A sun-dried meat, salted and oftentimes roasted and smoked, athola much resembles the South African biltong. Often, it’s cooked into a sumptuous stew with tomato and onion. The stewed beef, cut into huge chunks, is usually accompanied by ugali, a soft starch porridge of baked white maize.

“Athola is the favourite dish of many of our clients,” said Onyango, who has been a chef with Ranalo Foods for 15 years. William Osewe, owner of Ranalo Foods, actually hired Onyango specifically for his athola prowess. “When I set up the restaurant in the middle of Nairobi, my clients kept on pleading with me to introduce athola,” said Osewe. Succumbing to their entreaties, Osewe went looking for an athola expert. After he found Onyango, the restaurant drew a huge new clientele.

“Who would have dreamt of serving athola right in the center of metropolitan Nairobi?” mused Onyango. Back when he started cooking for Ranalo Foods, “the city’s restaurants were of European orientation, serving foreign dishes such as spaghetti Bolognese and lasagna.” Many well-heeled diners, he added, only wanted to be seen eating European foods. “It was a mark of modernity and sophistication.”

Some of these restaurants and hotels have existed since the days of British control. Early 20th-century Nairobi was a restricted area, where only whites could move freely. Natives visiting the town had to carry a pass, explaining their purpose in the area. Apart from discouraging Africans from patronizing the city, by-laws prohibited the cooking and sale of traditional local food, which was deemed unhygienic and unhealthy.

These by-laws, which still exist to date, have had a lasting effect in how traditional food is viewed and sold in the capital. Most of Nairobi’s posh restaurants still serve Europeanized menus. Many don’t offer any traditional foods at all. After all, restaurant dining was long considered a white person’s affair, or only for the city’s monied and exquisite.

But the people eating Onyango’s athola are corporate buffs, techies, and government officials—college-educated, and largely millennial. In the mid-2000, a healthy-eating craze resulted in a trend away from French fries and pizza and a return to local cuisine. “We were just in the nick of time when Ranalo Foods started its experimentation with traditional foods,” said Onyango.

Health concerns are only one facet of this revival. Elegant versions of familiar dishes have become a matter of both nostalgia and national pride. Particular emphasis has been given to traditional foods from the west and Swahili dishes from the coast. Western Kenyan cuisine, which is the specialty at Ranalo Foods, is popular for being indigenous and very healthy. Swahili cuisine, on the other hand, has been heavily influenced by Arab, Indian and Persian culture. For inland Kenyans, it’s considered stylish and unique.

This cultural range is on display at Bridges Organic Restaurant, also right in the middle of the Central Business District. Chef Moses Wamwea told me the menu for the day is kienyeji, free-range indigenous chicken and cashew nuts served with either brown rice, brown ugali, or brown chapati, a Kenyan interpretation of the roti-like flatbread that comes laced with carrot and pumpkin fruit.

The restaurant, founded in 2006, only serves “healthy foods,” said Wamwea, “meaning all the foods must be organic. We’ve carefully contracted select farmers who supply us with organic produce.” Customers range from health-conscious eaters to international tourists eager to try local foods.

One of the specialties of the restaurant is a fish samosa, which a number of long-term customers greeted with skepticism. But not for long. “Trust me, it’s the most popular snack in the restaurant,” Wamwea confided. But the tilapia, he says, must come “directly from Lake Victoria.” Lake Victoria, 187 miles from Nairobi, is considered to have the best and tastiest tilapia.

While both Ranalo Foods and Bridges Organic Restaurant have become wildly successful, the small food kiosks found mainly in lower and middle-income areas remain the main purveyors of traditional foods. There’s a good reason for that, too. At restaurants such as Ranalo, customers generally pay three times as much for the same dishes served at kiosks.

The opinion at Ranalo Foods is that their expanded customer base is ready to pay a higher price for hygienically, well-cooked food by an expert who knows traditional cuisine and ingredients, as well as for ambience and comfort.

The restaurant’s upscaling of traditional foods, Onyango maintained, didn’t spark any anger, either with kiosk owners or with the locals accustomed to paying less. “There is an African saying—there’s enough grass for all animals,” said Onyango. “The restaurant didn’t take away the food kiosks’s regular customers, nor did we set up our restaurant next to theirs, so there wasn’t any direct competition.”

As a one-time food kiosk cook himself, he summed up the general reactions of his former fellows as “let those who feel their pockets are deep enough to eat at Ranalo feel free to do so,” going on to add that his own customers are “happy with our food and prices.”

Both chefs, however, had to stand by and watch this year as the spread of COVID-19 affected their restaurants. “When the lockdown was announced in mid-March, we had to shut down our business for three months,” said Onyango. “We hope to attract back our regular customers, now that the lockdown has eased.” It’s clear, though, that even if the pandemic has added another layer of difficulty to an already-competitive culinary scene, the restaurants serving Kenya’s traditional food have found a firm foothold in the capital.

Kenyan restaurant is a carnivore's paradise, serving exotic meats at its ultimate 'Beast of a Feast.'
Condom, France