In Scotland, Trick or Treaters Sing (And Tell Jokes) For Their Candy - Gastro Obscura
Want to see fewer ads? Become a Member. 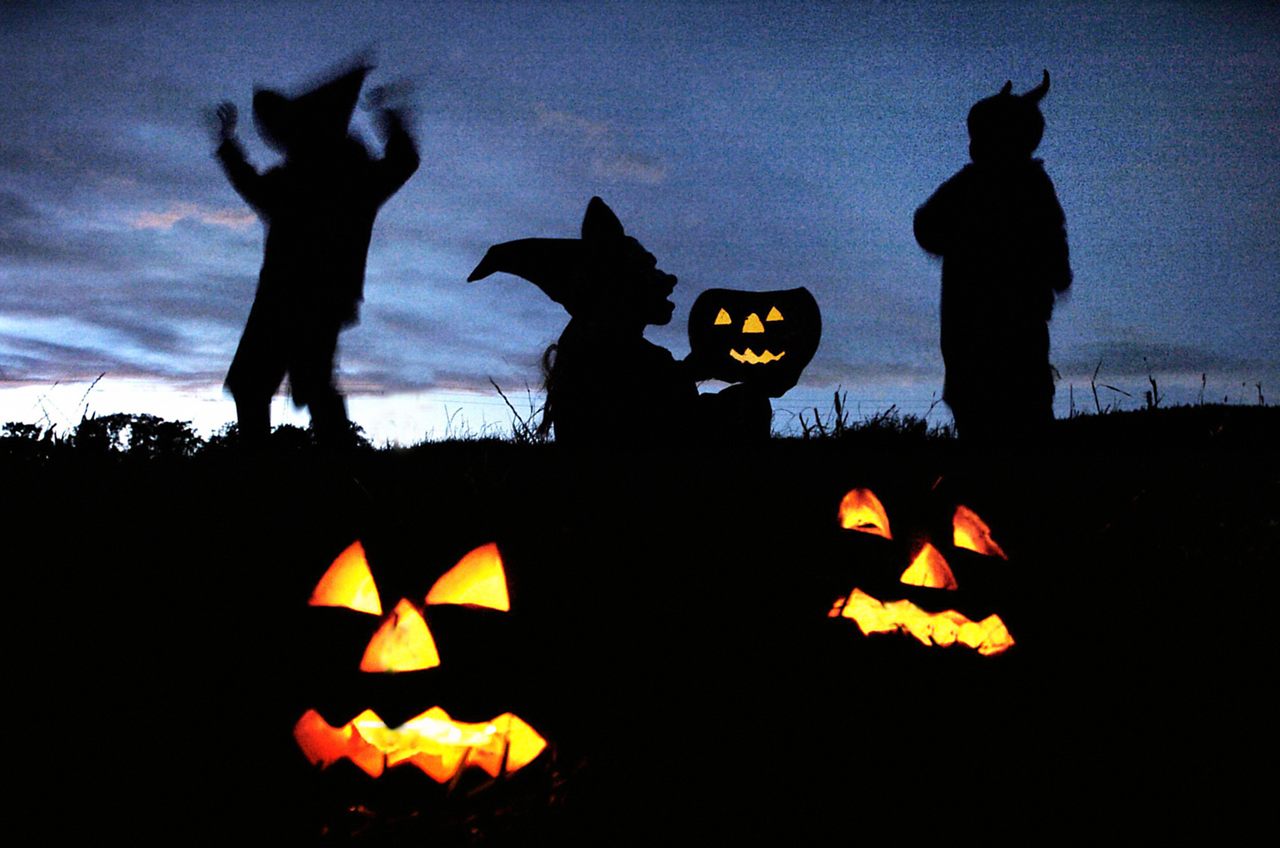 A Halloween party in Scotland in 2004. David Cheskin/Getty Images

The Halloween holiday has deep roots in Scotland. Starting out as the Celtic festival of Samhain, it marked the end of the summer and the harvest, and the coming of the dark winter. Over the years, Samhain developed into Halloween and spread around the world.

But the Americanization of Halloween—through television, films, and both-ways immigration—means that Scottish children wear Toy Story costumes and carry plastic pumpkins to gather sweets from their neighbors. There is, though, still one big difference between Scotland and the rest of the world: here, trick-or-treating is not a one-way transaction.

Children knock at the houses in their villages, apartment block towers, or housing estates. When the tenant comes to the door, the children each perform a “turn”: they tell a joke or sing a song. They are then rewarded for their performance with a chocolate or sweet. No turn, no reward.

This custom is called “guising.” The word dates back to the 13th century, and meant “to dress fantastically,” with the same word root as “disguise.” Guising has been a tradition in Scotland since at least the 16th century. Julian Goodare, professor of history at Edinburgh University, notes that it used to take place at a very different time of the year. “In the 16th and 17th centuries, guising in the sense of dressing up and visiting houses mainly happened during the 12 days of Christmas,” he explains, “though there were also local celebrations at other times of year.”

One of those times was during the harvest. Many traditional Scottish Halloween customs involve food in some way, as recorded in the Robert Burns poem, “Halloween,” published in 1785. Games involving roasting nuts and peeling apples could reveal the nature of one’s true love, while dooking (or “bobbing” in North America) for apples has never gone out of fashion.

Another food-focused game saw scones dipped in treacle, hung up for children to try to bite. “It would twirl round and you’d end up with the treacle all over your face,” says Margaret Hamilton, born in 1950, who grew up in Bannockburn.

Andy Hodgson, who grew up in Dundee in the 1960s, recollected what his childhood Halloweens were like. “The whole thing I remember is being cold,” he says. “And the smell of coal burning because everyone had coal fires in those days, and the smell of neep lanterns.”

Scottish families traditionally carved turnips, or “neeps,” which were plentiful thanks to the harvest. “They were so big and heavy, when you were a kid you couldn’t possibly carry it. We had smaller neep lanterns, probably the size of my fist. They weren’t very effective and the house stank for days,” Hodgson says.

Guising was always the biggest event of the night, though. Both Hodgson and Hamilton spoke about performing songs or dances in return for fruit, nuts, or a penny. The practice is so well established in Scotland that there are multiple recordings on the Tobar an Dualchais oral history website from people detailing their experiences as children. Collected over the last 60 years, some interviewees are able to share memories from more than a century ago.

In 1982, Helen Kidd remembered being given “nuts and an orange and an apple” when she went guising in Balfron in the 1910s. Of course, she performed for all these treats. Her repertoire consisted of “some of the poems you got at school,” she recalled. “Or we sang.”

Shetland, to the north, and the Outer Hebrides, to the west, have different traditions shaped by their contact with Vikings and the North Atlantic trade. Both places saw children dress in creepy outfits, however, and take part in guising. There are many pictures of islanders dressed in sheep skulls,skins, and straw wigs. Katie Laurenson, speaking in 1961, remembered her experiences guising for “a corn a mael in me buggy [a little meal in my container]” as there were few pennies given to children in Shetland in her youth.

Guising didn’t always mean performance. During her childhood in Perthshire, Margaret McDiarmid, born in 1904 and speaking to an archivist in 1964, explained how some children did housework instead. “They used to come to the house and sweep the floor and tidy up the house. They had big brooms. Instead of tidying it, they just disordered it. And then you had to give them money or something.”

It is unusual today to give children money on Halloween. Usually, it’s only done by those who have forgotten to prepare for guisers. “My children are so delighted when people give them money,” says Stephanie Hamilton. “It’s rare, but they’ve often got a few coins when they’ve been out guising. I remember when I was wee we would sometimes get 20 pence from some of the older folk on our street and would be equally delighted.”

Lesley McGregor also spoke fondly of her memories of guising as a child. “When I was younger, we made a point of playing an instrument, and one year we even did a rendition of Chesney Hawkes’s “The One and Only,”” she says. Last year, her six-year-old daughter Jura instead opted to tell a rude joke as her “turn”: “Why did the baker have brown hands? Because he was kneading a jobby [a poo]!”

“A lot of folk said it was the best joke they heard all night,” laughs McGregor.

Hamilton’s son, Mikey, five, also told a great joke last year: “What’s a vampire’s favorite fruit? A neck-tarine!” Mikey’s favorite thing about Halloween is “going to all the houses and getting all the sweeties.”

It is heartwarming to see that modern-day children in Scotland enjoy many of the same customs remembered fondly by their grandparents. Even if the costumes and rewards are different, Halloween is still about performance in return for sugary goods.

The waxy little treat continues to sell by the billions.
19th century

Pennywise, Art the Clown, and other modern, face-painted menaces recall an era when their kind were strictly adults-only entertainers.
Video

One of Edinburgh's oldest pubs hides a 19th-century skittles alley in the back.
Want to see fewer ads? Become a Member.
From Around the Web
Atlas Obscura Trips
Scottish Highlands: Clans, Castles, & Cèilidhs
View This Trip
Thanks for sharing!