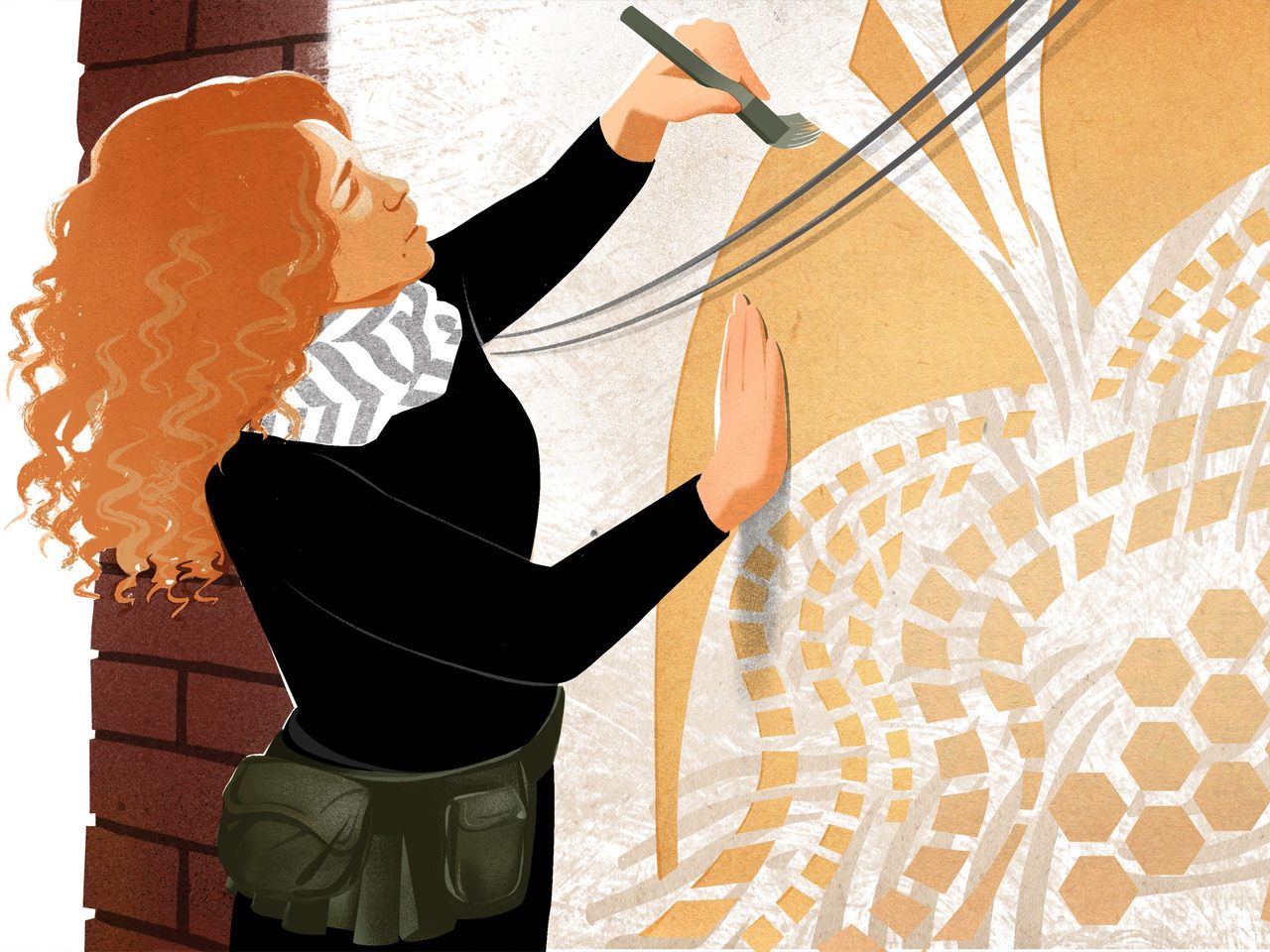 The artist Swoon used to have one goal: She didn’t want to make living room art or, as she puts it, squares hanging above couches. Having made her name as a street artist, albeit one with a classical painting background, Swoon has never been in danger of creating conventional work. Her approach to street art, a style dominated by men, has been uniquely her own, setting her apart from any other artist before her.

“I love the history of art so much,” she said. “But I felt this real need to try to break into the present, into our daily lives. I wanted to reinvent what art could be in my generation.”

Born Caledonia Curry in 1978, the Brooklyn-based artist didn’t model herself after predecessors who took their art to the streets solely to challenge capitalism or conformity. Instead, Swoon made humanity the focus of her work by wheat-pasting her papercut portraits of friends, relatives, and other people throughout struggling communities.

“When I first started out, I felt super alienated by a lot of the sort of pristine, quiet art world environments,” she said. “So I was really drawn to just being out in gritty, urban environments where everyone could have access to the work.”

Today, the Pratt Institute grad gets permission to paste her work on walls, but when she began in 1999, it was a rogue activity that fed her inner rebel.

It also got her noticed.

In 2005, the Deitch Projects art gallery in SoHo featured her in a solo exhibition. Nine years later, Swoon became the first living street artist to have a solo show at the Brooklyn Museum. Her ethereal installation “Swoon: Submerged Motherlands” included a 60-foot sculptural tree, papercut foliage, stenciled drawings, and scrap-constructed rafts and boats, the museum noted. With a title and imagery that referenced 2012’s Hurricane Sandy, the installation also addressed the connection between global warming and natural disasters.

“Working inside galleries and institutions was a way to deepen what I was doing,” Swoon said. “There were visions inside me that actually needed the quiet space of institution. And people can come in and contemplate [my work] in a different way than you can on the street.”

Swoon’s humanitarianism has earned her a reputation for being both an artist and an activist, and one social cause she’s taken on is deeply personal—childhood trauma. In 2015, she teamed up with Philadelphia Mural Arts on an initiative inspired by her upbringing with heroin-addicted parents. Swoon took a lead role in an art therapy project for prisoners and rehab patients.

“You don’t have to be an artist in order to access the ways in which art is a healing process,” she said. “Creativity is just one color in that rainbow of how we’re going to figure out how to come to terms with our emotional pain and move forward.”

Swoon has never quite done what’s expected of her, and she’s committed to evolving. That spirit is what inspired her to employ new media in her art—like stop-motion animation—and revisiting her past struggles to help others. In any case, she’s not making art for the living room, but art with a social impact.

“I’m one of those people who synthesizes forms and ideas across the spectrum,” she said. “That’s how I’m building what my work is and what my identity is. That’s where I’m pushing and changing things, and what keeps me alive creatively.”