How to Have a Very German Tea Ceremony - Gastro Obscura
Want to see fewer ads? Become a Member. 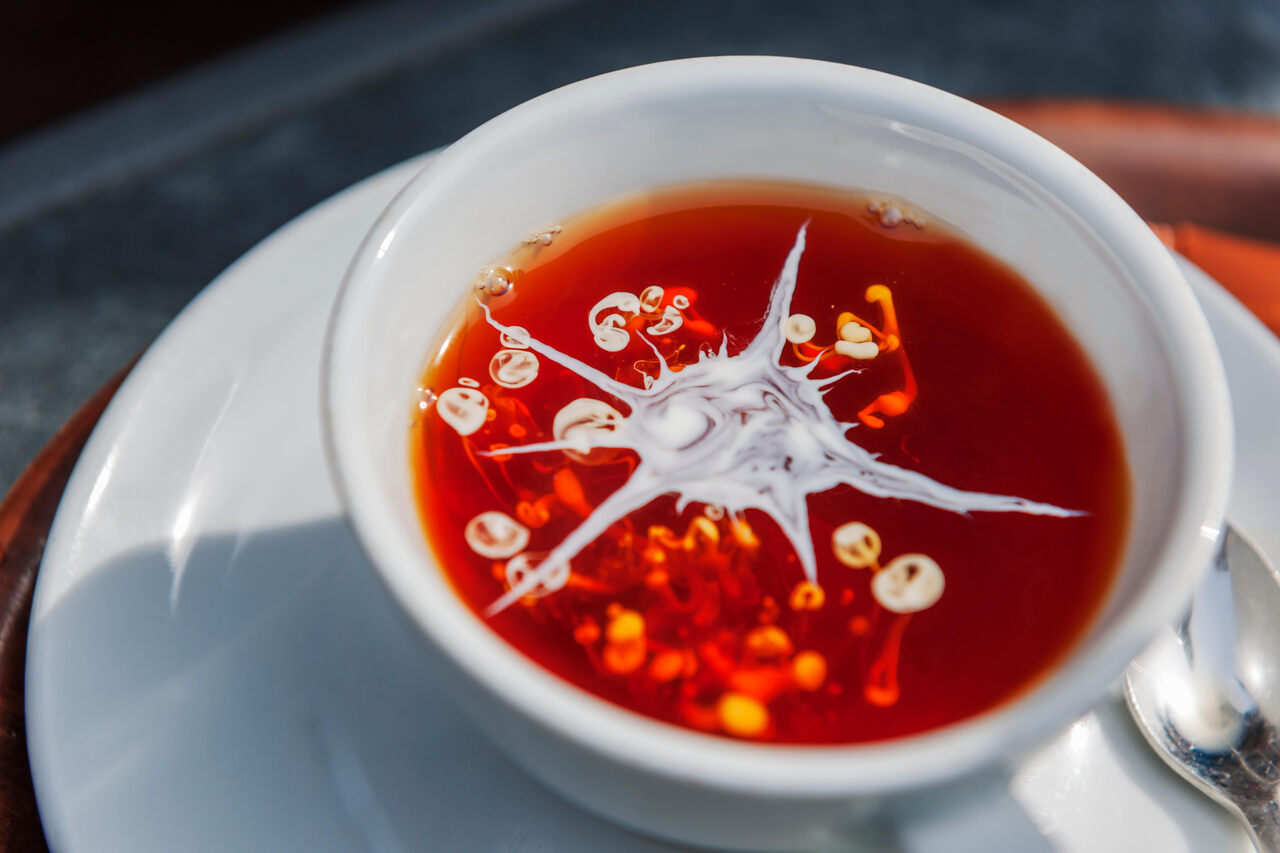 It may come as a surprise to hear that coffee is Germany’s most popular drink, rather than beer. The population, on average, consumes 6.5 kilos (14.3 pounds) of coffee per person, annually. But in one tiny German region, another brew entirely reigns supreme.

East Frisia, located in the German state of Lower Saxony, is intensely proud of its long-held tea tradition. In fact, a German tea association once estimated that East Frisians drink more tea than anyone else on earth, at 300 liters, or nearly 80 gallons per person per year. “Germans are coffee drinkers. But in North Germany, people like drinking tea. And East Frisians especially drink a lot of black tea,” says Sabrina Roth, an educator at the East Frisian Tea Museum in Norden, Lower Saxony.

Tea first arrived in East Frisia in the 17th century, after sailors from the Dutch East India Company brought tea leaves to Europe. But tea drinking didn’t become widespread in the general population until well into the 19th century. The leaves were expensive and had to be imported from across the world. But once tea gained a foothold, it became a fiercely beloved—and defended—part of East Frisian culture.

To be invited into an East Frisian home often means taking part in a tea ceremony of such cultural importance that UNESCO acknowledged it as Intangible Cultural Heritage in 2016. First, the person preparing the tea rinses the pot with hot water, then adds a strong blend of Assam tea to the still-warm vessel. The tea then steeps in hot water for three to five minutes.

But it’s when the tea is poured out that the uniqueness of the East Frisian tea ritual is revealed. Hosts add a piece of rock candy, or Kluntje in the regional dialect, to the bottom of each cup. The chunk of sugar is followed by a stream of tea. A tiny spoonful of whipping cream on top creates a visual effect called Wulkje, or “little cloud.” The mixture is actually not stirred at all, so that “the first sips are creamy, in the middle of the cup, it’s bitter, and at the bottom, it’s sweet,” explains Roth. And when the hot, strong tea is poured over the candy, it gives off a pleasant crackling sound. This, says Roth, is “the favorite sound of East Frisians.”

But there is more to tea drinking in East Frisia than just the gustatory experience. “You feel the warmth of the cup, you can taste the tea, you can smell it. You see the little cloud in the cup,” she continues. “You hear the rock candy crackle. It’s an experience involving all senses.”

But despite its central place in the culture today, throughout history, various authorities have tried to ban, restrict, or ration tea drinking in East Frisia. For example, in the 18th century, King Frederick the Great at first supported tea consumption in that region and even exported tea himself, but later declared tea a waste of taxpayer money and openly doubted the health benefits of the drink. Instead, he urged tea-drinkers to switch to local beer or infusions of lemongrass. But despite his ban, tea culture persisted in East Frisia, with locals either smuggling in tea leaves or openly flouting the royal directive. The Prussian king eventually gave up and allowed the Frisians their tea.

East Frisians have maintained their unique tea tradition mostly due to location. “You have the North Sea to the north, and bogland to the south,” says Roth. “It’s sparsely populated and it takes a long time for traditions in isolated areas like this to take hold.” But tea had enough time to secure itself permanently in the hearts of East Frisians.

Tea in East Frisia consists mainly of Assam, but the composition changes from harvest to harvest. To keep the taste of their brews consistent, East Frisian tea companies rigorously test them every year. “There is no recipe for a typical Ostfriesenmischung, or East Frisian tea mix,” says Roth. “Sometimes there might be six tea varieties in a bag and sometimes it’s up to 30 or 40. You have to do the work of testing and mixing every year.”

East Frisians like having their tea time twice a day, at 11 a.m. and 3 p.m., but some locals drink tea five to six times a day. To accompany the tea, there’s often a piece of raisin bread with butter, or thin waffles.

Hosts customarily offer guests at least three cups of tea. This might, says Roth, seem at odds with the German stereotype that East Frisians are unrefined, or even rude. But according to Roth, the stereotype can’t be further from the truth. It’s more that “they can communicate with very few words,” says Roth. “You see it in the typical greeting. It’s enough to say, Moin,” which simply means “morning” in the local dialect.

But, she adds, “just not too much talking.” Much better to enjoy a cup of tea or three.

This Rugged Coastline Is Not What It Seems

Critically endangered, and a much-sought delicacy, the animals are imperiled at every turn.
caves

The Man Who Built 40 Castles Around a Little German Town

To Earn His Crown, Germany's Tofu King Had to Overcome Sausage and the Slammer

The country once arrested purveyors of meat alternatives.
Video • Wonder From Home

One of the oldest wine cellars in Germany is now a restaurant beneath Bremen's town hall.
Cologne, Germany

This small condiment museum makes all manner of mustards with a 200-year-old mill.
Berlin, Germany

Berliners converted a bombed-out, disused lot into a community-run urban farm with its own cafe and bar.
Want to see fewer ads? Become a Member.
From Around the Web
Related