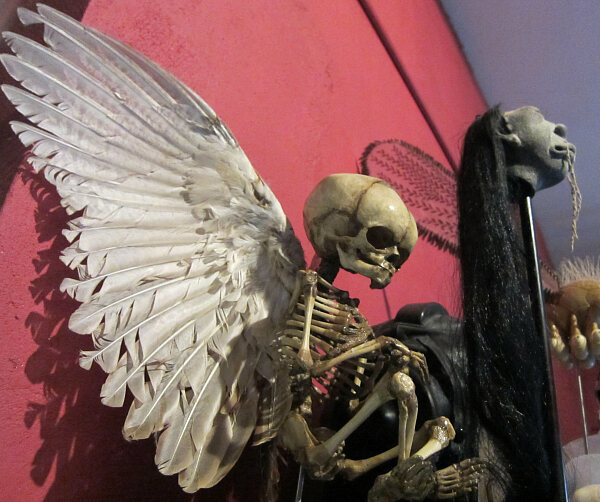 With its striking deformity of two heads angled up from one linked ribcage, the Gemini Company’s conjoined baby skeleton has found its way into curiosity cabinets, personal collections, and freak shows around the world, lurking alongside other aberrations of nature and contortions of human form. But unlike its monstrous neighbors, this medical curiosity is a replica, its precise grotesque details handmade in Brooklyn. 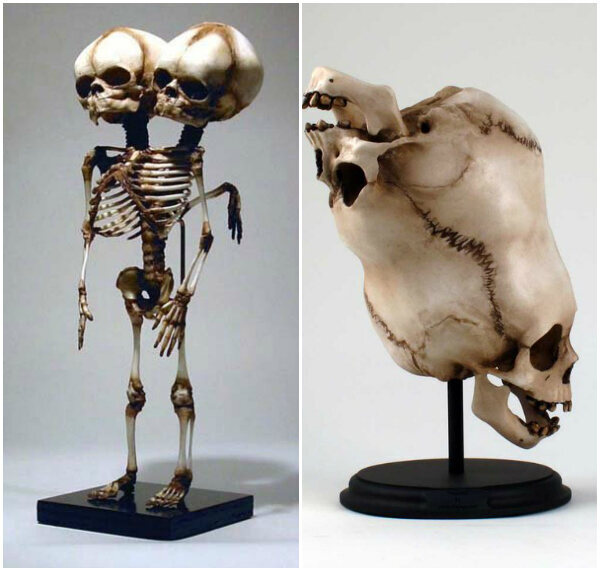 John Weisgerber, who started the Gemini Company in 1996, remembers as a kid going to the Ripley’s Believe It Or Not! Odditorium at Fisherman’s Warf in San Francisco. “They had a Fiji mermaid that blew my mind, this genuine fake,” he told Atlas Obscura during a recent visit to his company in the Brooklyn Navy Yard, the massive former-military area on the Brooklyn waterfront where he’s had his studio for 10 years. The Fiji mermaid was popularized in the 19th century by P.T. Barnum in his American Museum, and although he claimed it was a mermaid corpse, it was actually a taxidermied monkey and fish stitched together. Weisgerber’s early interest in sideshows later expanded to “real monsters” — unsettling natural anomalies — and to how these strange things were once kept as novelties. “There was this whole thing where you’d have one as a conversation piece in your house, or you’d even invite Tom Thumb over for a party,” he said. Now Weisgerber makes and sells his own “genuine fake” version of the Fiji mermaid, along with replicas of other dark oddities like the fused dual skulls of the Boy of Bengal, shrunken heads, and two-faced calf skulls. 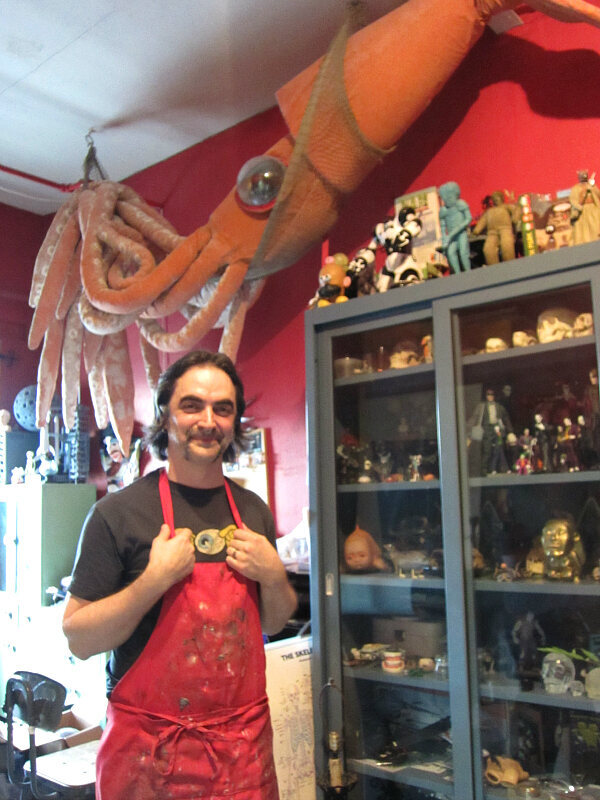 John Weisgerber at the Gemini Company

After growing up in in New Jersey, Weisgerber studied directing at the School of Visual Arts in New York, focusing on films that involved elaborate special effects and makeup. He moved to Los Angeles after graduating to continue special effects work for movies. While in California, he also got involved in creating props, as well as bone reproductions at places like Valley Anatomical and Bone Clones. He described them as the kind of places where his day-to-day work could include working with borrowed museum specimens or seeing a coworker eviscerate a monitor lizard. But he finally decided that he’d “much rather make [his] own things” and that led him back to New York to start this business of making the meticulous macabre. 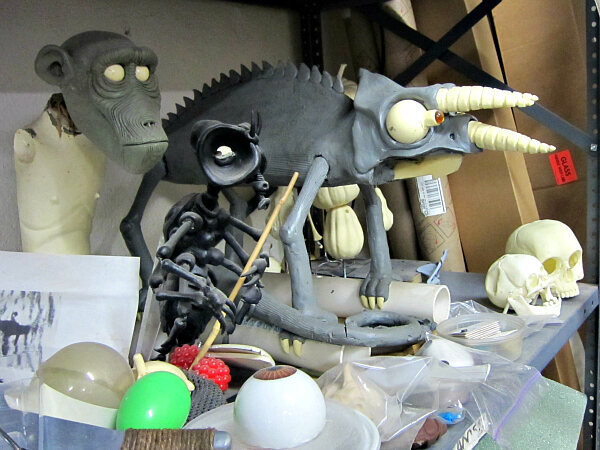 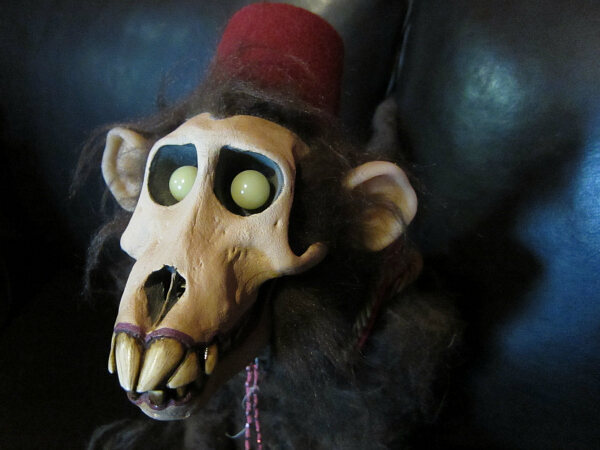 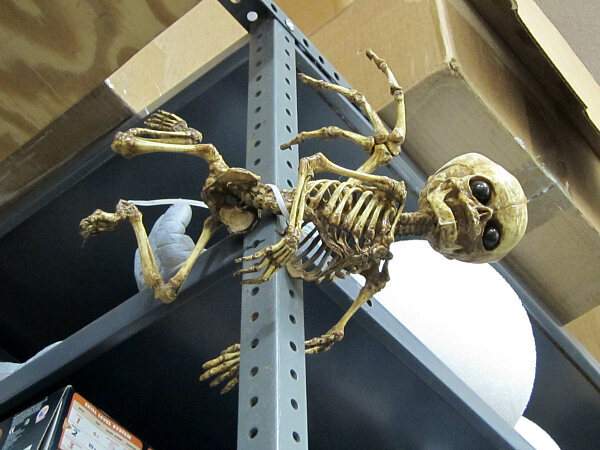 Named for the mythological twins, the Gemini Company found early success with the surprising popularity of the conjoined twin baby skeleton, and Weisgerber estimates he’s sold around 30 of the two-headed figures. Although the company specializes in producing sideshow replicas, creepy novelty objects, and curiosities, they also work in custom props and puppets for films and advertising. Everything is done by hand, the only bit of technology in the studio being an iPad for checking email, with Weisgerber using the traditional sculptural process of making molds from real skeletons and specimens for his models. 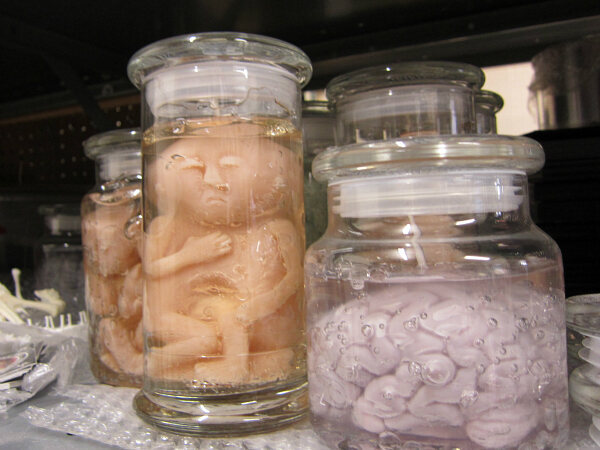 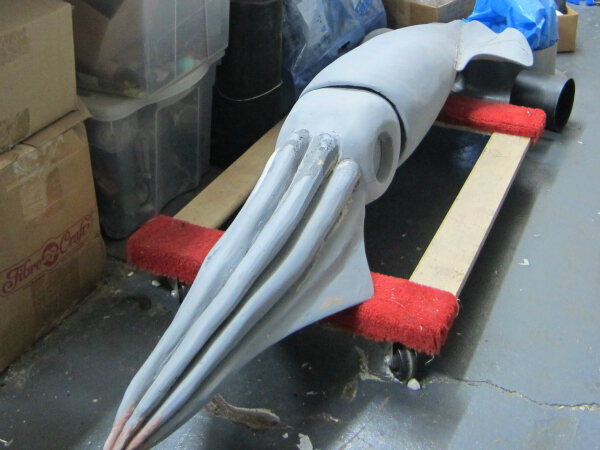 Draft of a Humboldt squid model 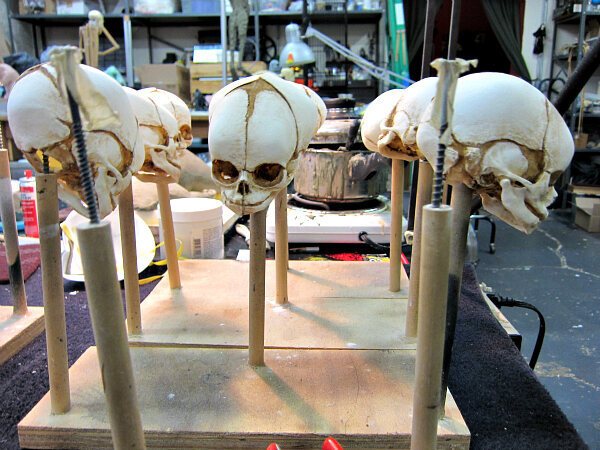 Fetal skulls being made

One of their clients is the Evolution Store in Soho, and when we stopped by the studio they were in the process of replicating a flying fox bat skeleton for the store, while at another table cluttered with a half-finished wearable parasitic twin and sculpted shrunken heads, Weisgerber’s wife Elizabeth was piecing together a miniature horde of fetal skulls. Nearby the materials for making brain-in-jar candles were burbling, a popular item at the haunted house and tattoo conventions where they often set up shop, along with versions of the candle that have a conjoined fetus or baby-Cthulu hovering like objects in formaldehyde. On the floor was a half-finished Humboldt squid inspired by the one that hangs in the American Museum of Natural History, while resting in a net from the ceiling was a much more giant squid that recently draped over a friend’s 25-foot-long blue whale puppet at Burning Man.

Every corner of the Gemini Company studio has something unexpected haunting it and some new strange object being carefully crafted, waiting to make it out into the wider world, waiting for a kid, like Weisgerber and his Fiji mermaid, to stumble across it and fall in love. 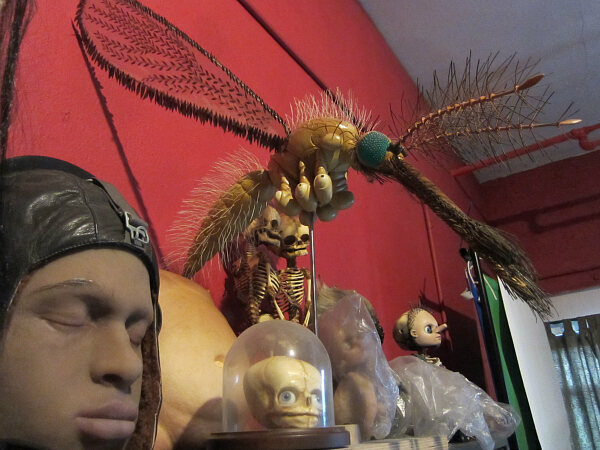 Visit the Gemini Company’s store online and find them on Facebook.

Introducing Our Friends: The Secret Guide to Alternative Beijing