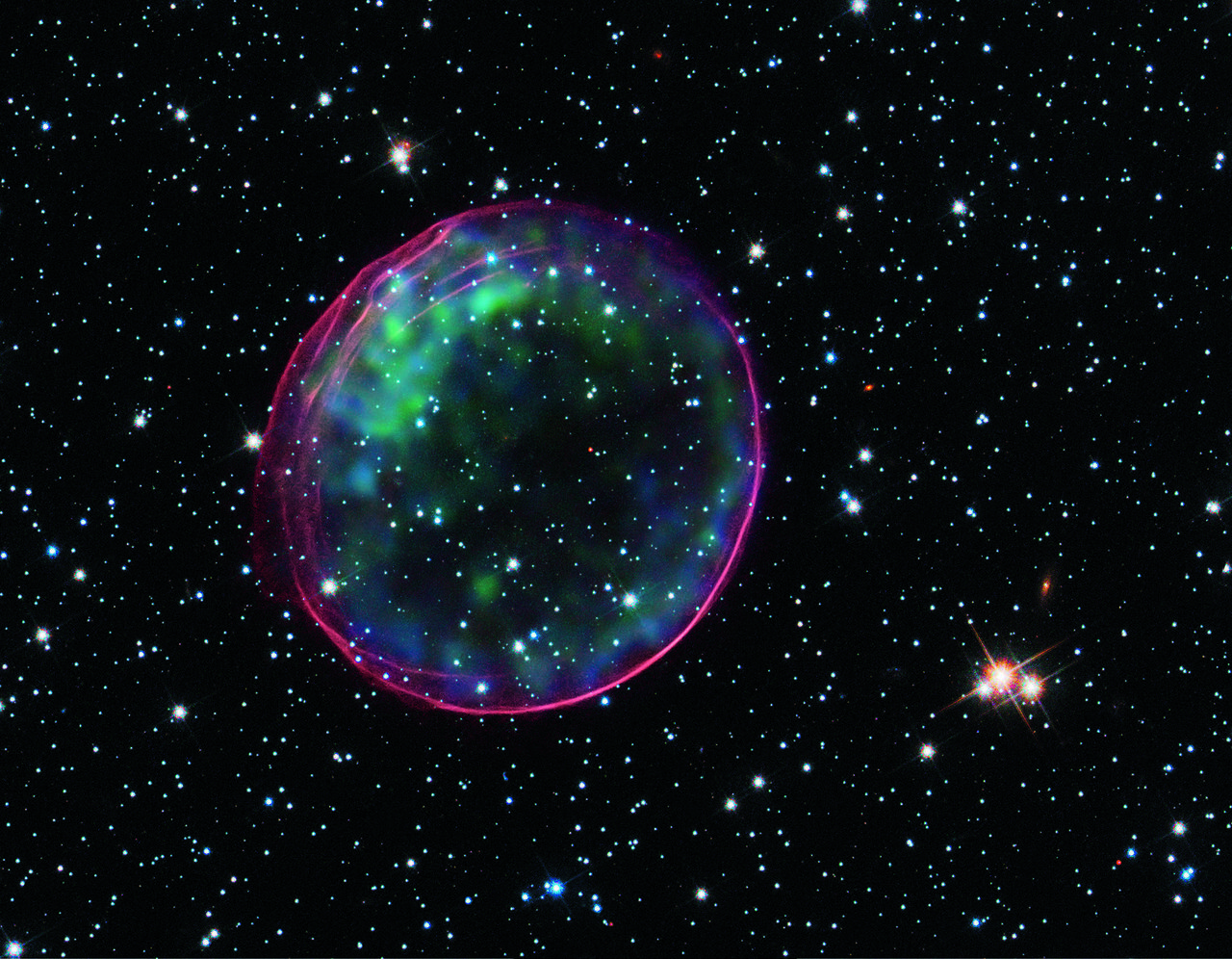 The remnant of a supernova that occurred 160,000 light years from Earth. The stellar explosion would have been visible in the Southern Hemisphere around 1600. NASA/ Public Domain

In February 1984, high above the Earth’s atmosphere, astronaut Bruce McCandless exited the Challenger space shuttle. He wore only a spacesuit and a Manned Maneuvering Unit—a propulsion device that enabled him to move away from the spacecraft unencumbered by any lines. Over the course of six hours and 45 minutes, he moved as far as 320 feet away from the shuttle. Fellow astronaut Robert L. Gibson captured the moment with an image that has since become iconic. It shows McCandless adrift over a blue-and-white Earth, small against the infinite blackness of space.

Images like that one are historical documents, but also reminders of our place in the universe, which is one of the themes explored in the new book Universe: Exploring the Astronomical World. It features more than 300 depictions of the universe from throughout history, all with one common thread: how we as humans respond and relate to space. “Although the images come from a wide range of sources, they are all in their own way records of the same quest: that of understanding the heavens and what they tell us about ourselves,” writes Paul Murdin, of the Institute of Astronomy at the University of Cambridge, in the introduction.

For much of history, humans have viewed the skies above as a mystical realm, a place where eclipses and comets are portents, or as a home to divine beings. In addition to NASA images and artistic renderings, the book also includes a 12th-century mosiac from Monreale Cathedral in Italy, in which God places the sun into the heavens; “The Angel Ruh Holding the Celestial Spheres,” from the 16th-century Persian manuscript The Marvels of Creation and the Oddities of Existence; and a zodiac chart from 19th-century Mongolia.

In 2017, a set of extraordinary new images of space has appeared: the view from Saturn’s rings, the orbit of newly discovered binary asteroids, a close-up of Jupiter’s Great Red Spot. And yet, even as revelations from far beyond Earth pour in, Gibson’s photograph of the untethered spacewalk continues to amaze. Commenting years later on the photograph, McCandless said he is glad that his face was obscured by his reflective visor, and added, “my anonymity means people can imagine themselves doing the same thing.”

For those dreaming of space, Atlas Obscura has a selection of images from the book.

Watch Ophelia's Winds Send a Cumbrian Waterfall Into the Sky

Another strange effect of a profoundly strange storm.
astronautsastronomyspacespace explorationvisualphotographyart

It's easy to see why the island attracts artists and geology lovers.
Video • AO Docs