How to Grow Your Own Wondrous Fruits - Gastro Obscura
Want to see fewer ads? Become a Member. 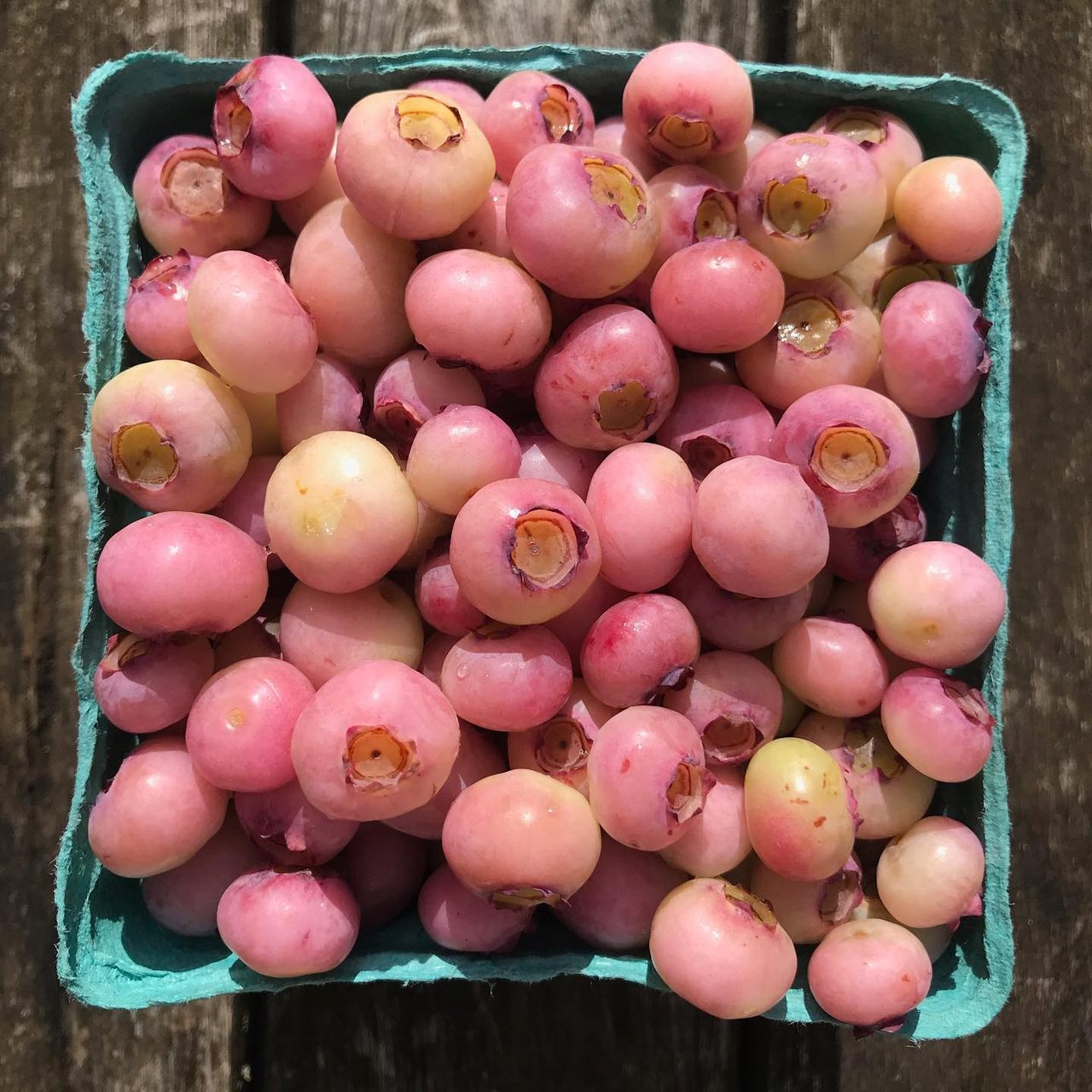 Pink lemonade blueberries are sweeter than their blue cousins. @onegreenworld/Used with permission
In This Story
Food

Every time you shop for groceries, you see them: Red Delicious apples, Cavendish bananas, Crimson Seedless grapes, and so on. The monotonous array of fruit stacked onto supermarket shelves does little to represent the bountiful biodiversity of the world’s fruit.

But beyond the standard produce aisle, the pineapples are pink and the bananas taste like custardy melons. Sadly, it’s not always easy to find rare fruits from far-flung corners of the globe. Chocolate pudding fruit and pink lemonade blueberries may never make it to your grocer, which is exactly why you should grow your own. Luckily, seeds and plants from around the world are increasingly easy to find and cultivate. Here is a collection of Gastro Obscura’s favorite fairytale fruits, along with where to order them.

Genetically, this Andean fruit has absolutely no connection to the legumes in a jar of Jiffy. Yet all those who taste these red and orange berries swear they taste just like peanut butter. Their sweet nuttiness makes for a delicious addition to smoothies.

Where to Find It: Logee’s Plants for Home and Garden

Dip a spoon into a ripe chocolate pudding fruit, and the smooth texture and brownie-esque hue might fool you into thinking it’s mousse. Also known as black persimmon, the fruit’s sugary flesh has a mild flavor with subtle cacao undertones. Steer clear of fruit that isn’t completely ripe, which has an astringent flavor.

Where to Find It: Forever Seeds

These aren’t actually diminutive watermelons. Slice into one of these babies and you’ll find a pale green interior that tastes like a slightly sour cucumber. Fun fact: cucamelon shares a family, but not genus, with both cucumbers and watermelons, so it’s a little like both, but not exactly like either.

Where It’s From: Mexico

Where to Find It: Burpee

Just as the name implies, these are kumquat-sized versions of the emerald fruit we all know and love. Unlike their fuzzy-skinned counterparts, these extra-sweet itty-bitty ones don’t need to be peeled. Simply pop a whole Actinidia arguta into your mouth and enjoy.

Where to Find It: Stark Bros. Nurseries & Orchards Co.

The red pigment in your familiar strawberries directly correlates with how sour they taste. As a result, their alabaster cousins, which are native to the Chilean town of Purén, have a delicate, floral sweetness without any acidity. While the fragrant frutillas blancas can only be found in South America, related varieties of white strawberries are becoming increasingly popular in the United States.

Where It’s From: Chile

Where to Find It: Baker Creek Heirloom Seeds

Unlike their more common cousins, these diminutive berries ripen to a shocking shade of fuchsia. First developed in the 1970s by the U.S. Department of Agriculture, the bushes were mostly used as ornamental shrubbery for decades—until someone realized that the berries are delicious. In addition to being sweeter than regular blueberries, they boast a subtle, citrusy perfume.

Where It’s From: USA

Where to Find It: Gurney’s Seed & Nursery Co.

Chefs have fallen hard for this fruit from the Australian bush, which occasionally goes by the nickname “citrus caviar.” It’s not hard to see why. The glistening, jewel-like beads of coral, gold, emerald, or ebony bear a striking textural resemblance to pricey sturgeon eggs. Poor-quality fruit occasionally carries an unpleasantly soapy aftertaste, but prime specimens make for perfect garnish for oysters or sushi.

Where It’s From: Australia

Where to Find It: Forever Seeds

Imagine dipping a spoon into a slice of lemon meringue pie and you get a pretty good idea of what this Brazilian fruit tastes like. Although the somewhat slimy consistency of its flesh has earned it the nickname “snotfruit,” the flavor, which also has notes of coconut, banana, and pineapple, makes it incredibly popular in its country of origin.

Where It’s From: Brazil

Where to Find It: Trade Winds Fruit

First discovered in 1870, these striking, deep-violet fruits all but disappeared thanks to moth infestations and the onset of the Great Depression. They’ve started to make a comeback in recent years, thanks to a nuanced flavor profile that includes notes of vanilla, cinnamon, cherry, and even coriander. Aside from its striking coloring, what’s most unusual about this rare fruit is that its flavor actually improves dramatically with cold storage, making it perfect for saving over long winter months.

Where It’s From: USA

Where to Find It: Gurney’s Seed & Nursery Co.

A grassroots group is creating a living library of these backyard gardens.
gardens

Restoring the grounds and its rare, heirloom crops recreated what was effectively the country's first seed bank.
politics

When you can't throw a vegetable at a rotten official, call them one.
Video • PinDrop