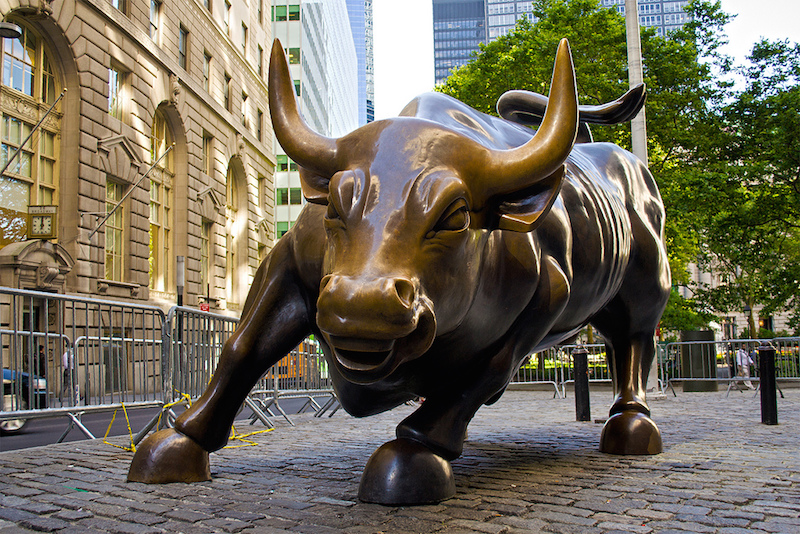 Early on Monday morning, a handful of people snuck into Brooklyn’s Fort Greene Park to attach a bust of NSA whistleblower Edward Snowden to the base of a Revolutionary War memorial. It was a daring, if ephemeral gesture: “The artists are fully aware of the bust’s inevitable destruction,” writes Bucky Turco of Animal  in his on-the-scene reporting of the statue’s installation.

But given that one of the city’s most famous sculptures began its life as a similar act of guerilla artistry, who’s to say that the Snowden statue’s destruction is really assured?

Charging Bull, a bronze sculpture in Manhattan’s Financial District that’s also sometimes known as the Wall Street Bull, is an icon—the literal embodiment of capitalism. A 7,100-pound depiction of a ferocious and aggressive bull, it’s one of the most visited and photographed sculptures in the entire city; back in 2004, then-parks-commissioner Adrian Benepe said, “It’s become one of the most visited, most photographed and perhaps most loved and recognized statues in the city of New York. I would say it’s right up there with the Statue of Liberty.”

And yet, it has more in common with the Snowden installation than it might seem.

Created by Italian-American (he was born in Sicily) artist Arturo Di Modica, Charging Bull was a response to the stock market crash of 1987. It was an attempt to encourage and applaud the financial sector with a visual representation of an optimistic stock market. But instead of working through the city, Di Modica spent over two years and a whopping $360,000 to create and install the statue, secretly, on December 15th, 1989. “Hundreds of people walked around, gawked at, admired and stroked the long-horned whip-tailed bull, the image of a surging market in the lore of high finance,” wrote the New York Times the following morning. 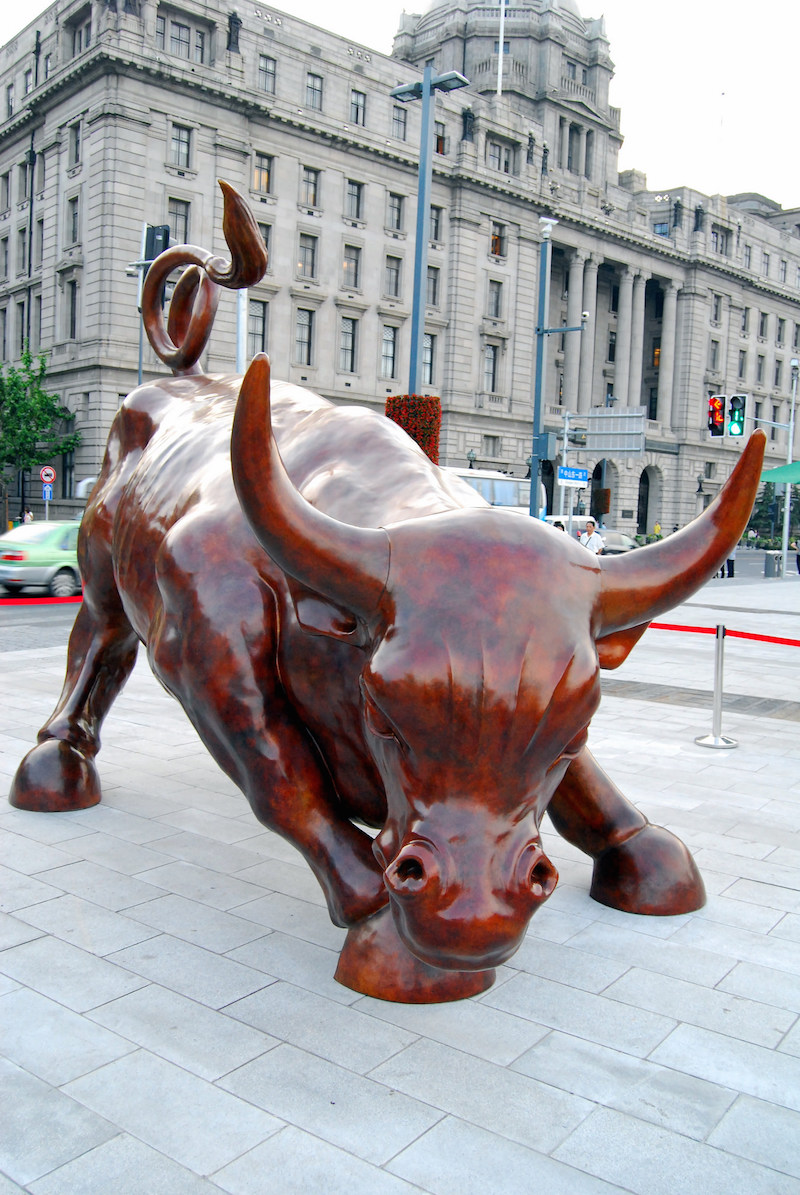 And yet city officials didn’t immediately take to it. More from the New York Times:

“In effect, they told us there was a very large statue of a bull there, and it wasn’t there yesterday, and to the best of their knowledge shouldn’t be there,” said Officer Joseph Gallagher, a police spokesman.

The police said that it was a traffic obstruction and that Mr. Di Modica had no permit. ”He had a negative reaction in the past and decided not to apply for a permit,” Ms. Stippa said.

As the police were considering how to remove the bull, the exchange hired a company from Queens to truck away what a spokeswoman for the exchange, Sharon Gamsin, called ”The Beastie.”

After two years spent in an impound lot, following public outcry in support of the sculpture, the city moved it to its current location in Bowling Green Park, near Wall Street.

There are lots of examples of guerilla art that’s both easy to install and easy to remove; graffiti comes to mind. But sculpture, especially bronze sculpture, is not. “Bronzes are not easy to haul around,” says Dianne Durante, author of Outdoor Monuments of Manhattan: A Historical Guide. “There’s a Municipal Art Commission that’s in charge of all sculptures on city property, and they have a process for approval before they allow a sculpture to be installed.”

Charging Bull is unusual in that it was immediately embraced and defended by the public. (In fact, Di Mondica has since installed versions of the bull in Shanghai and Amsterdam.) Whether the Snowden bust in Fort Greene Park will receive the same swell of appreciation is unclear; Durante, for her part, doesn’t appreciate the bust’s location, mounted as it is on part of a monument to fallen Revolutionary War soldiers. “To transform their monument into a pedestal for a modern anti-government rebel—whether or not you agree with what he did—is wrong,” she says.

Few even remember that Charging Bull was once a piece of illicit art. Durante says that its ownership is sort of unclear; legally it might have a temporary permit that’s unlikely to ever expire, but she talked to a former Parks Commissioner who thinks it might actually be city property now, having been “abandoned” for over 15 years, as Di Modica now lives in Italy.

For now, the Snowden head is in limbo: the Parks Department removed the statue on Monday afternoon and it is resting in Brooklyn’s 88th precinct. The investigation is pending.

7 Wildlife Sanctuaries Where You Can Get Incredibly Close to Animals