How Did the Whale Get That Tail? The AMNH Takes You Back to Its Aquatic Ancestry - Atlas Obscura
Want to see fewer ads? Become a Member. 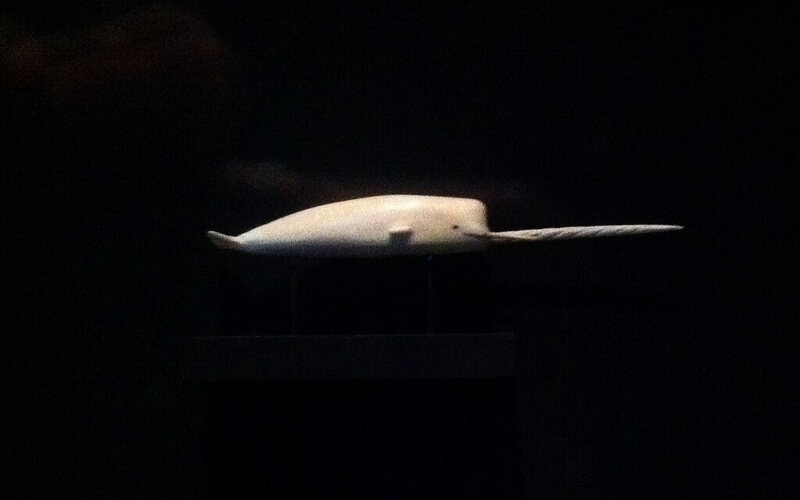 Before there were sleek whales swimming through the depths of our oceans, there was the rather less streamlined Andrewsarchus mongoliensis. An ungainly, bulky mammal, it lived around 45 million years ago and had a huge, wolfish jaw, as if a hyena bred with a shark. All of the information on Andrewsarchus is based on one skull discovered in 1924 on an expedition of the American Museum of Natural History in New York to Mongolia and China, but despite its distance from the whales we know today, it’s believed to be one of their distant cousins. The skull leads the recently opened Whales: Giants of the Deep exhibition at the museum, which progress from these mammals who were driven to the waters to find food in a warming earth, to the majestic sea creatures we know today, and our evolving relationship with the most massive animals in the world. 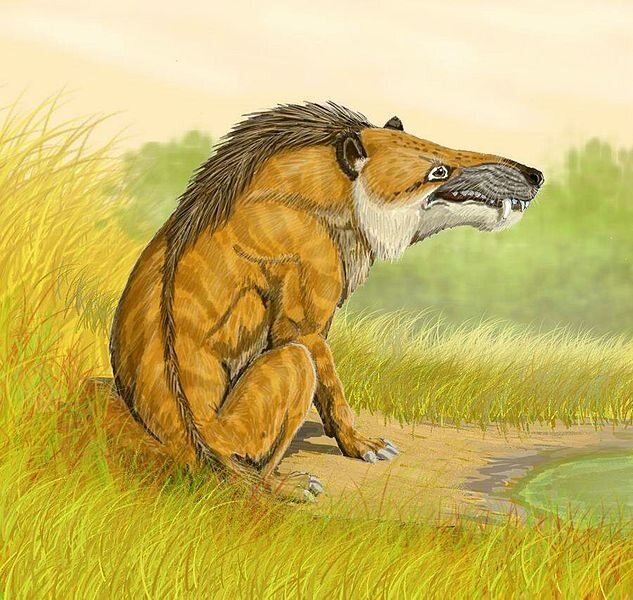 Illustration of Andrewsarchus (via Wikimedia) 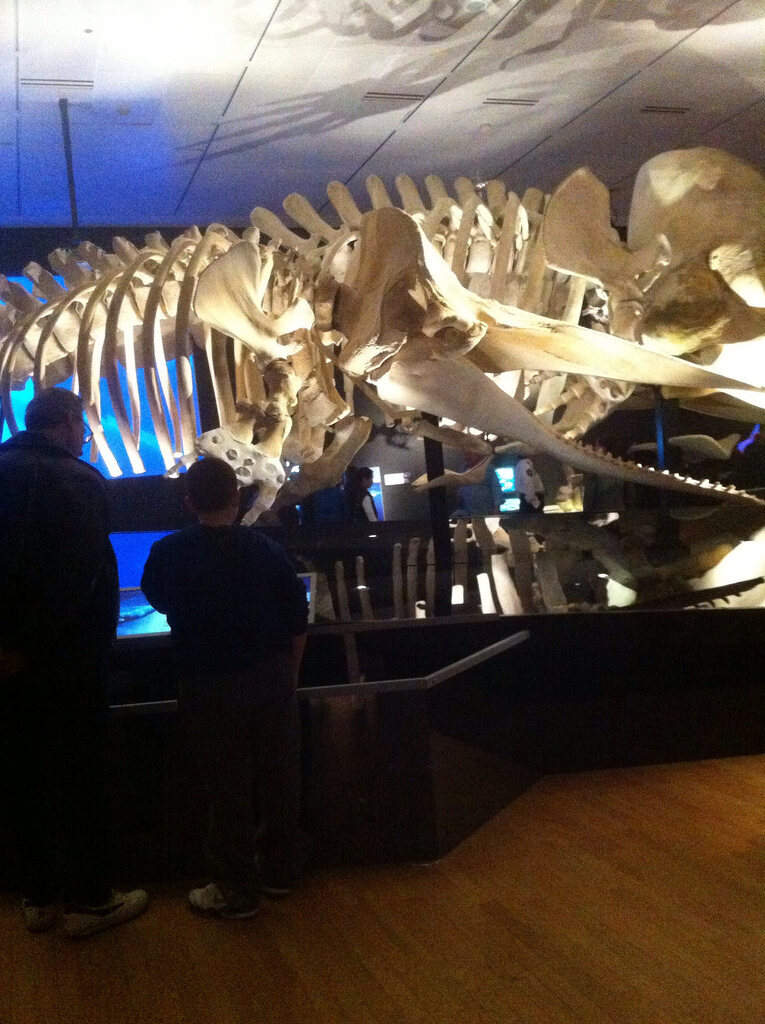 It’s one of the better temporary exhibitions at the museum in recent memory, as it does a great job of containing a dense amount of information on just how whales gradually shrank and smoothed their feet into flippers and how we are connected to them. While the exhibition is traveling from the Museum of New Zealand Te Papa Tongarewa, there are many rarely seen items from the AMNH’s own collections in addition to the Andrewsarchus skull, such as a tiny ivory Narwhal and a log book from a whaling ship that left New Bedford, Massachusetts in 1830 (which even includes some sketchs of whales alongside its cursive entries). However, the highlight is definitely the stunning 58-foot-long sperm whale skeleton from New Zealand which hangs at the center of the room. There’s also a model of a blue whale’s heart you can climb inside, and a video that puts you in the view of a sperm whale hunting a giant squid. 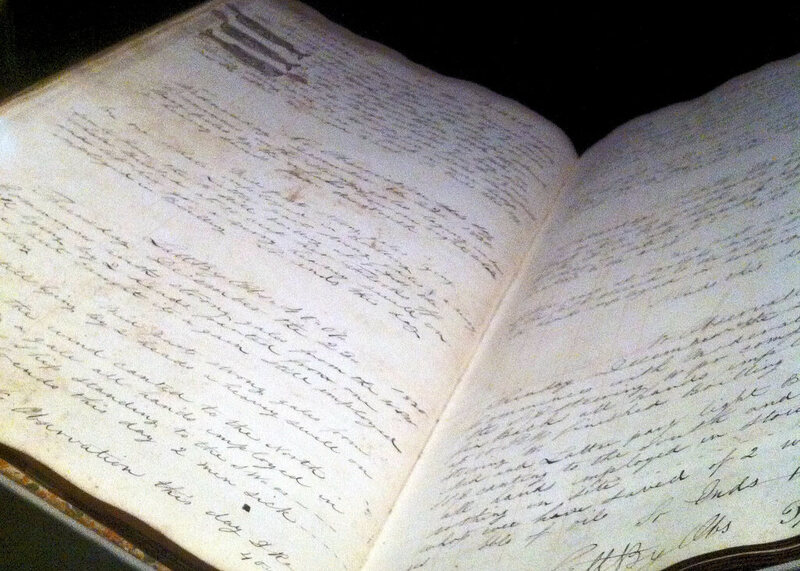 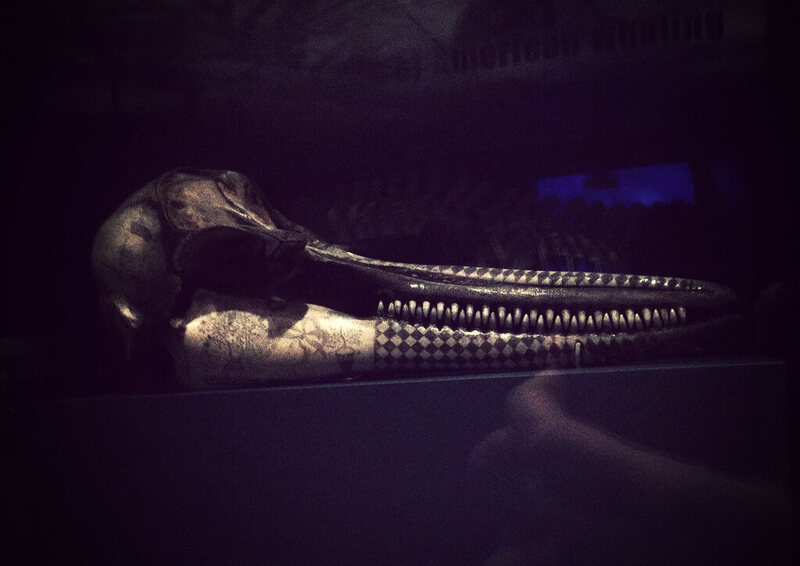 Skull covered in scrimshaw by a whaler

The exhibition ends with a focus on our own relationships to whales, with a chronology of whaling from highly dangerous hand-harpooning in the 19th century to the industrialized version in the 20th century where helicopters flew ahead of ships with explosive harpoons. Embedded alongside are cultures who have an even more personal connection to the whales that live near their shores, including the Maori whale riders and the tribes of the Pacific Northwest. It will all change the way you look at the museum’s own permanent star, the giant blue whale, who always looms as a reminder of the mysterious underwater world of these hidden giants.

Whales: Giants of the Deep is on view at the American Museum of Natural History in New York through January 4, 2014.