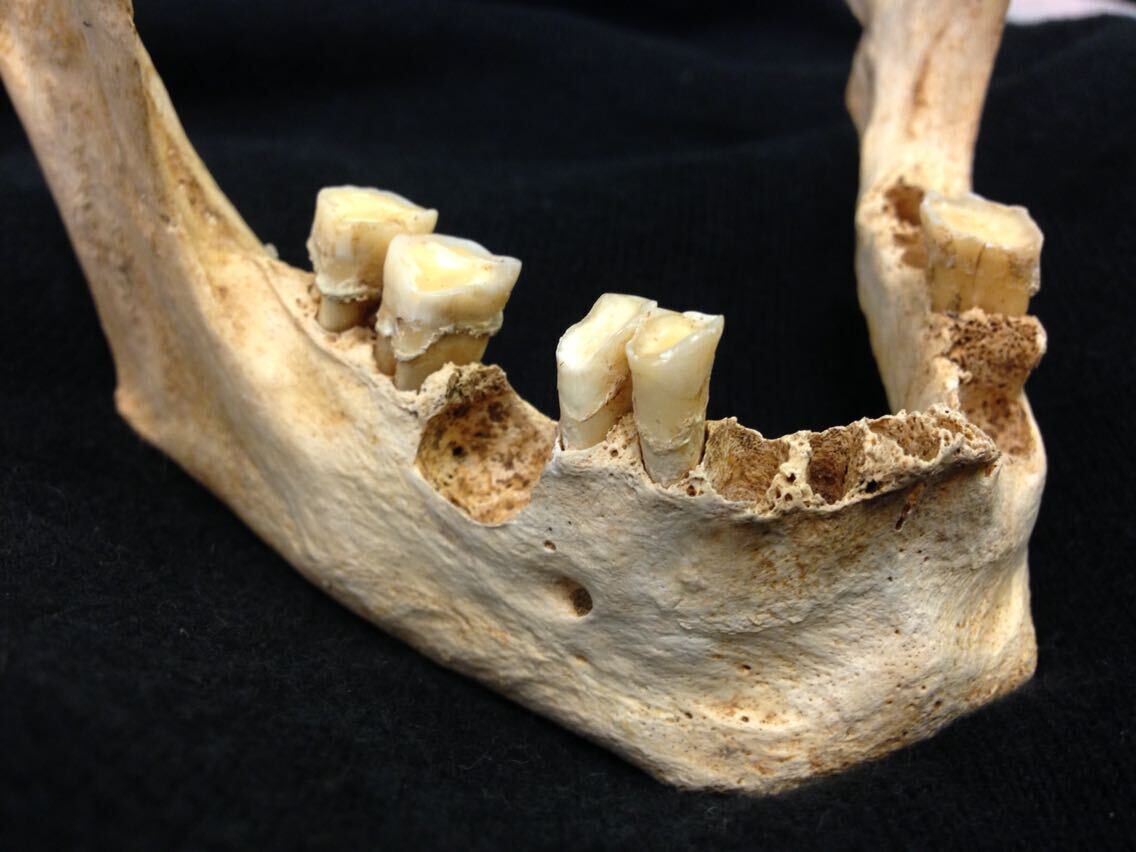 One of the jawbones came from the Corinium Museum in Cirencester, England. Dr. Sophy Charlton, University of York
In This Story
Destination Guide

For the lactose intolerant among us, the lure of ice cream can sometimes be too much to bear. But as a recent discovery shows, this dietary dilemma dates back to prehistory. By examining plaque on the teeth of British Neolithic remains, a research team found what is, to date, the earliest direct evidence of humans consuming milk from other animals anywhere in the world, as a University of York press release notes.

Sadly for the prehistoric farmers, they were likely lactose intolerant.

Around 6,000 years ago, seven people living in three British Neolithic sites—Hambledon Hill and Hazleton North in the south, and Banbury Lane a bit more to the east—imbibed or consumed enough milk products to leave traces behind on their teeth. They were recently found by researchers affiliated with and based out of the University of York, who have previously examined teeth for signs of milk consumption and sourced these human remains from the archeological collections of institutions such as the Dorset County Museum.

While dentists shake their heads over tartar, in this case, it allowed researchers to make this exciting discovery. In the mineralized dental plaque of seven of the 10 individuals examined, the researchers discovered peptides from beta lactoglobulin, a milk protein that doesn’t naturally appear in human breast milk. But it is present in cow, sheep, and goat milk.

During the British Neolithic period, farming and animal husbandry first appeared in the area. Along with wheat, barley, and domesticated meat, farmers seemingly turned to milk as a source of nutrition. While the exact animal milk is not certain, the study notes that a peptide found in the analysis of an individual from Hambledon Hill suggested the presence of goat milk, while others showed that people from Hazleton North were likely consuming milk from cattle and/or sheep, but not goat.

These farmers’ milk consumption pre-dated the ability for adults in the area to digest lactose, which may have appeared in European humans some 4,000 years ago as the result of a genetic mutation. That’s why the research team suggests that early farmers may not have been drinking the milk at all. In a press release, lead author Dr. Sophy Charlton noted, “Because drinking any more than very small amounts of milk would have made people from this period really quite ill, these early farmers may have been processing milk, perhaps into foodstuffs such as cheese.”

While prior research on pottery dug up around the world has shown that humans consumed milk products for thousands of years before these farmers, this study traced dairy more directly to human remains. By following this line of investigation, Dr. Charlton and her peers hope to learn more about the still-mysterious process by which humans overcame lactose intolerance and learned to love milk.

It was discovered on shards of pottery uncovered 20 years ago.
science

Can Putting a Frog in Milk Keep It Fresh?

Modern science may have an answer to this Russian folk belief.
churches

The poet's remains were rediscovered in London earlier this week.
ancient

Neolithic jars from Georgia contain residue of a tasting 8,000 years ago.
List

A 14-stop bar tour through Great Britain's past.
Video • Object of Intrigue

This historic pub is a hidden gem for fans of Lewis Carroll.
Want to see fewer ads? Become a Member.
Related

Questionable dental hygiene in a man from the 8th millennium B.C. unveils early omnivore tendencies.
Read more
Thanks for sharing!