Why Is Wine (Almost) Always Made From Grapes? - Gastro Obscura
Want to see fewer ads? Become a Member. 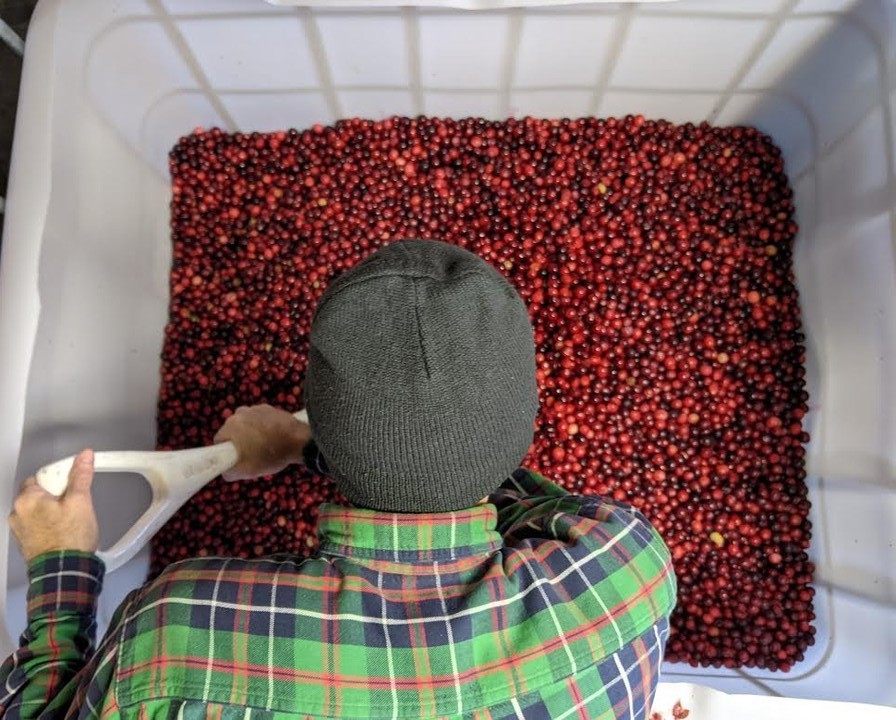 Who said vineyards have to grow grapes?
Destination Guide

This article is adapted from the June 4, 2022, edition of Gastro Obscura’s Favorite Things newsletter. You can sign up here.

In 1951, Konstantin Frank arrived in the Finger Lakes region of upstate New York. An immigrant from the Soviet Union, he took a job at a local state agricultural station.

Once there, he tried to convince his colleagues to grow grapes from Europe—Riesling, Chardonnay, Cabernet—and make fine wine. He was ignored. Everyone who’d ever tried making European-style wines had lost their grapes to the Finger Lakes’ long, brutal winters.

So Frank went to herculean lengths to prove them wrong. He drew on techniques he’d developed while producing and researching wine under Stalin in frigid Ukraine—like burying the vines each winter. And he drove across New England and Canada in search of eccentrics—like a priest whose monastery vineyard survived only one year out of every three.

Frank’s case is both exceptional and typical. (He eventually succeeded in bottling tasty Chardonnays and Rieslings, inspiring wineries to set up shop in Virginia, New York, and New Jersey.) Around the world, winemakers have killed themselves to grow grapes in places they really don’t want to grow.

Why is this? If wine is simply fermented fruit juice, why didn’t Frank turn to the blueberries that grow easily in the Finger Lakes? Why do Egyptians struggle with grapevines in the desert rather than sell date-palm wine?

Wine made with other produce does exist: You can buy cherry wine and blueberry wine. But the market for them is tiny. They’re seen as a novelty and not taken seriously within the industry.

So what’s so special about grapes?

How Grape Wine Conquered the World

Grapes have some biological advantages when it comes to fermenting well, which is why almost every winemaker still reaches for them in an age of abundant options.

But the history of (grape) wine’s ubiquity looks a lot like how Greco-Roman constellations are now almost universally known: We have Plato and Caesar to thank.

In BC times, most humans got tipsy from beer and other grain-based beverages. Almost everyone grew grain, whereas grapes came from a limited number of grape-growing areas, such as Georgia. Which is why wine has been fancy for millennia: Rulers often had it imported at great expense.

Per Tom Standage in A History of the World in 6 Glasses, ancient Greece was the first place where wine-drinking became universal. The vines took well to the Mediterranean climate, producing enough wine for drinkers of all social classes, who often opted for watered-down wine to sterilize pathogens in the water and to stay sober enough for symposiums of (allegedly) high-brow thought and debate.

When Rome established its empire, it admired and adopted much of Greek culture. And as a land that lionized farmers and grew its own grapevines, that very much included wine. Along with aqueducts and togas, grape-based wine spread with Roman conquest and trade, forever associating it with power, taste, and the good life.

Grapes dominate the wine industry, but their hegemony is not complete. To learn why grapes are the go-to fruit for winemakers, and why he bottles vintages made from blueberries and cranberries, I spoke with Keith Bodine of Sweetgrass Farm Winery in Union, Maine.

This interview has been edited for clarity and length.

How did you get into making wine with fruits other than grapes?

Well my wife is from Maine, and grapes don’t grow very well here, especially the traditional varieties we all know and love.

What grows here in Maine—where we wanted to live and raise our family—is fruits other than grapes. So I had to become interested in them.

I was never against fruit wines, per se. I was always open to the idea. Here in Maine there are cold, hardy grapes that are grown, and those are fine. But fruits were more interesting and I felt they had a better, more interesting flavor profile.

If you want to, you can make fruit wines that taste a lot like grape wine. Although that’s not necessarily the goal.

Why is it that wine made from fruit other than grapes is so rare?

In terms of history, we can see that, for whatever reason, grapes were available. Over time, we’ve selected and propagated [grapes] for characteristics that make better wine, or wine as we know it. That’s mainly higher sugars.

That’s the biggest factor. Higher sugar leads to a higher alcohol content, which helps preserve it. Grapes also have high acid and low pH. In combination with alcohol, no human pathogens can grow in wine. That’s a big thing.

Most fruits have half the sugar, or less. [This is why producers typically add sugar to make non-grape wine. Grapes are one of the lone fruits with the sugar levels for wine’s high ABV and a safe, shelf-stable product.] Fruits also have lots of different acids, and some are just not very pleasant when made into wine. And while grapes don’t grow everywhere, they do grow more widely than most fruits.

What fruit after grapes do you think makes the best wine?

I think apples work the best after grapes. There are lots of varieties, so lots of interesting possible flavors. I’ve made wine from Gravenstein apples that taste like beautiful grape white wine.

Most citrus fruits don’t work. The acids are just too weird.

Blueberries work well. I’m somewhat partial, being in blueberry country. In the field, you can see lots of wild varieties interplanted, which makes for interesting [flavors].

We don’t buy Chardonnay or Riesling grapes at the grocery store to eat. Are you using different cranberries or blueberries than the kinds I know?

Not really different, like with grapes. But we do work very closely with our growers to optimize what we look for. The average fruit in the store is picked slightly unripe. We work with growers to get the ripest possible fruit for flavor and the maximal amount of sugar.

What sort of breeding programs or education or whatever would need to happen to have a big wine industry based on another fruit?

All the grapes in the world would have to die.

There is some resurgence in fruit wine. We see younger people moving away from traditional wine. Young people seem more open to fruit wine and interested in local wine.

We hope we’ll be less impacted by climate change. Hotter weather and less of the nightly temperature swings that grapes need is a challenge for wineries. Maybe we’ll come to dominate the wine industry that way.

That it’s gotta be sweet. No matter what our tasting menu says, no matter what I say, people always comment, “Oh, it’s not sweet.” And I think, “Well no, I wasn’t lying to you.”

How to Try It

Interested in trying wine made from blueberries, cherries, or pumpkin? Here are a few options.

Keith Bodine makes wine from blueberries, apples, and cranberries, and sells products such as apple sangria. The farm in Union offers tipples, while a tasting room in Portland is another option. Sweetgrass also ships across much of the United States.

The world’s most famous non-grape winery has experimented with everything: passionfruit, grapefruit, even parsley. If you’re not in a position to visit, you can try your hand at non-grape winemaking with help from the founder’s book, Beyond Grapes.

This New Jersey winery (don’t laugh, a selection of New Jersey whites and reds almost beat French wines in a blind taste test!) offers tipples made from fruits as diverse as huckleberry and pumpkin.

One state that’s not letting its local fruit go to waste: the cherry-producing powerhouse of Michigan. You can visit or order from Chateau Grand Traverse, or any number of Michigan wineries that offer cherry wine.

Try tomato wine at this Canadian winery, whose unique product is often mistaken for a traditional white. You can buy via an online store, too.

But proving the “drunken monkey” hypothesis has been an exhausting—and messy—endeavor.
beer

When the town wouldn't allow the fast-food behemoth to build a new restaurant, they put one inside an 1850 home.
Unity, Maine

After giving up Michelin glamour for his Amish faith, one chef now makes stellar sausages in a small, off-the-grid shop.
Biddeford, Maine

This architectural onion has an original 1930's Jerry O'Mahony dining car at its core.
Want to see fewer ads? Become a Member.
From Around the Web
THE GASTRO OBSCURA BOOK
Taste the World!
An eye-opening journey through the history, culture, and places of the culinary world. Order Now