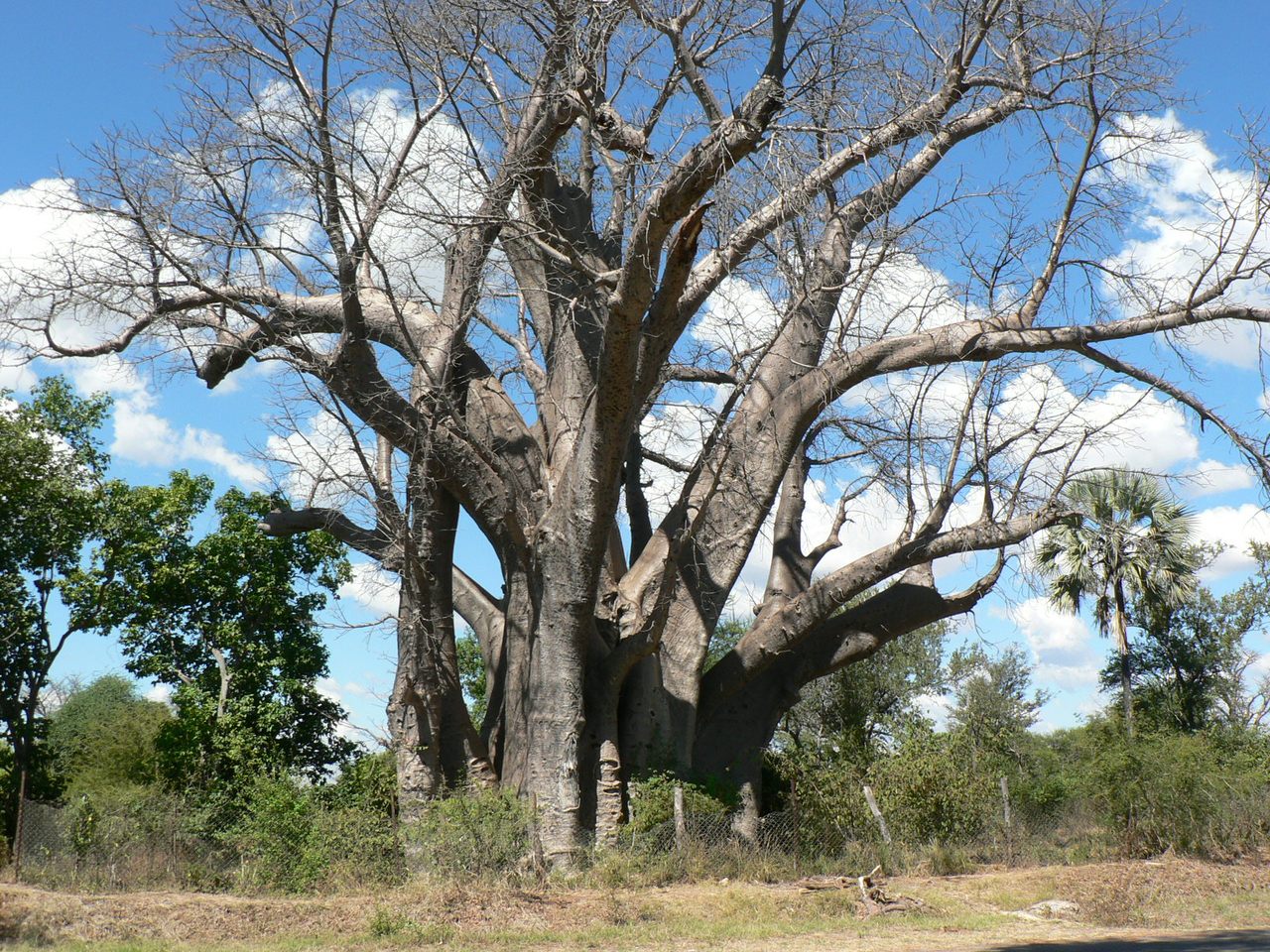 Adrian Patrut and his team flew in from three different continents to study the “Big Tree” at Victoria Falls in Zimbabwe, and for good reason. The Big Tree is a colossal structure, soaring over 80 feet in the air, around 75 feet in circumference, with bulky branches, many stems that make up its trunk, and a wide, gaping hole at its core. The Big Tree is thought to be one of the largest and oldest African baobab trees in the world.

Once the team of three arrived at Victoria Falls, they immediately rented a car to see the Big Tree in person. Its proximity to the falls, a major tourist destination, means that millions of visitors see it in a normal year, making it a sensation in its own right. The sight did not disappoint, Patrut says. “It was as if we had entered straight into a museum, into a well-known painting of a master, but we operated as scientists,” according to the nuclear chemist at Babes-Bolyai University in Romania. “I circled the baobab and admired it from all possible angles.”

Patrut, who has been studying ancient trees for decades, and his team made the pilgrimage to study the growth, age, and architecture of the tree. Dating ancient trees often involves counting “growth rings” that appear seasonally, a tried and true method that unfortunately doesn’t work well for baobabs. These often massive trees have only very faint growth rings, and many have large cavities in their trunk and stems that confound attempts to date them. Until recently, most of evaluations of African baobab trees have been “guesstimates,” he says.

But over the past decade, Patrut has been refining a more precise method for estimating the age of baobab trees: radiocarbon dating. Patrut has used it on trees across the continent: South Africa, Mozambique, Namibia. For the Big Tree, his team found that its multiple stems have different ages, with its oldest one dating back to about 870, around the time that Vikings first settled in Iceland.

This kind of work, Patrut says, can help scientists get a better idea of the range of life spans for the eight species of baobabs native to Africa and Australia, which are thought to reach up to 2,500 years. And this information can help researchers and conservationists better understand the health status of a tree. This is especially important because many of these trees are dying for reasons that are still largely mysterious. African baobabs are a “truly amazing, but gravely threatened trees,” says Karl F. Von Reden, an oceanographer at the Woods Hole Oceanographic Institution, who was involved in the analysis of the samples.

Picture a tree: flared base of roots, a straight and slender trunk, an evenly spreading crown. Many baobab trees—including the Big Tree—have a much more varied architecture. In Madagascar, the six species of baobabs native to the island tend to have a single fat trunk, topped by a small crown. Australia is also home to a species, characterized by a swollen, blown-out base. The African baobab tree is different, and composed of several stems knitted together at the base to form a ring shape. Each stem may have started growing at a different time, so they each merit separate study.

To do this, the team inserted a T-shaped tool called an “increment borer” into different areas of the stems of the baobab. The tool extracts tiny wood samples at different depths, which the team then treated and sent to a lab for dating. The results show that the nine stems (including a “false” stem that emerged out of an adjacent one) can be lumped into three distinct generations. There was the oldest one, at about 1,100 to 1,200 years old, a group that are around 600 to 700 years old, and another generation that dates to between 200 and 250 years ago. The team also found that the oldest stems haven’t grown further for more than a century.

“Stopped growing a hundred or so years ago—that’s an interesting finding,” says Bernd Kromer, a radiocarbon dating expert at Heidelberg University who was not involved in the research. The stunting may be attributable to stress and age, but the tree is still alive and continues to produce leaves and flowers.

It’s unclear how baobabs can live for so long. Patrut says that a tree’s capacity to periodically produce new stems that fuse together into the distinctive ring-shaped architecture allows them to persist and reach very large sizes. Others say that monumental trees can have extremely long lives because they may be particularly resilient to external agents, including diseases, cancers, and pests.

Patrut’s study gives us insight into the “incredible strategies that trees use to cope with stress and old age,” says Livia Zapponi, an ecologist at the Edmund Mach Foundation, who has studied monumental trees and was not involved in the study.

The Big Tree is something of an outlier. While there are more than 100 million African baobabs in the world, fewer than 100 are thought to be 1,000 years or more old, says Patrut. All of them have inevitably endured countless threats, both acute and chronic. The Big Tree is no exception: In the 1960s, it survived a violent storm that virtually destroyed the upper part of its canopy. As climate change continues, African baobabs, especially older ones that rely on heavy rainfalls, could face scorching heat and prolonged drought can push them to their limits.

“[These are] very old trees that have survived for centuries, withstanding various abiotic and biotic factors including but not limited to extreme weather events,” says Patrut. The Big Tree is large and old, but more than that, he says, it is resilient and adaptive—traits that are ever-more-critical in the face of an uncertain future.

The Scotty Creek facility was part of an unprecedented First Nations effort to study and save the Arctic. Then the fire came.
science

Extreme environments offer them an unexpected paradise, and now researchers want to get a head count.
science