Tessa Fontaine spent a season performing inside America’s last traveling sideshow, the World of Wonders. There, she ate fire, charmed snakes, swallowed swords, sat on an electric chair, escaped from handcuffs, and more. Come learn what it’s like to travel the country with the sideshow, light your tongue on fire, and get in on the secrets to some of the most famous sideshow acts. You might even learn a trick yourself. 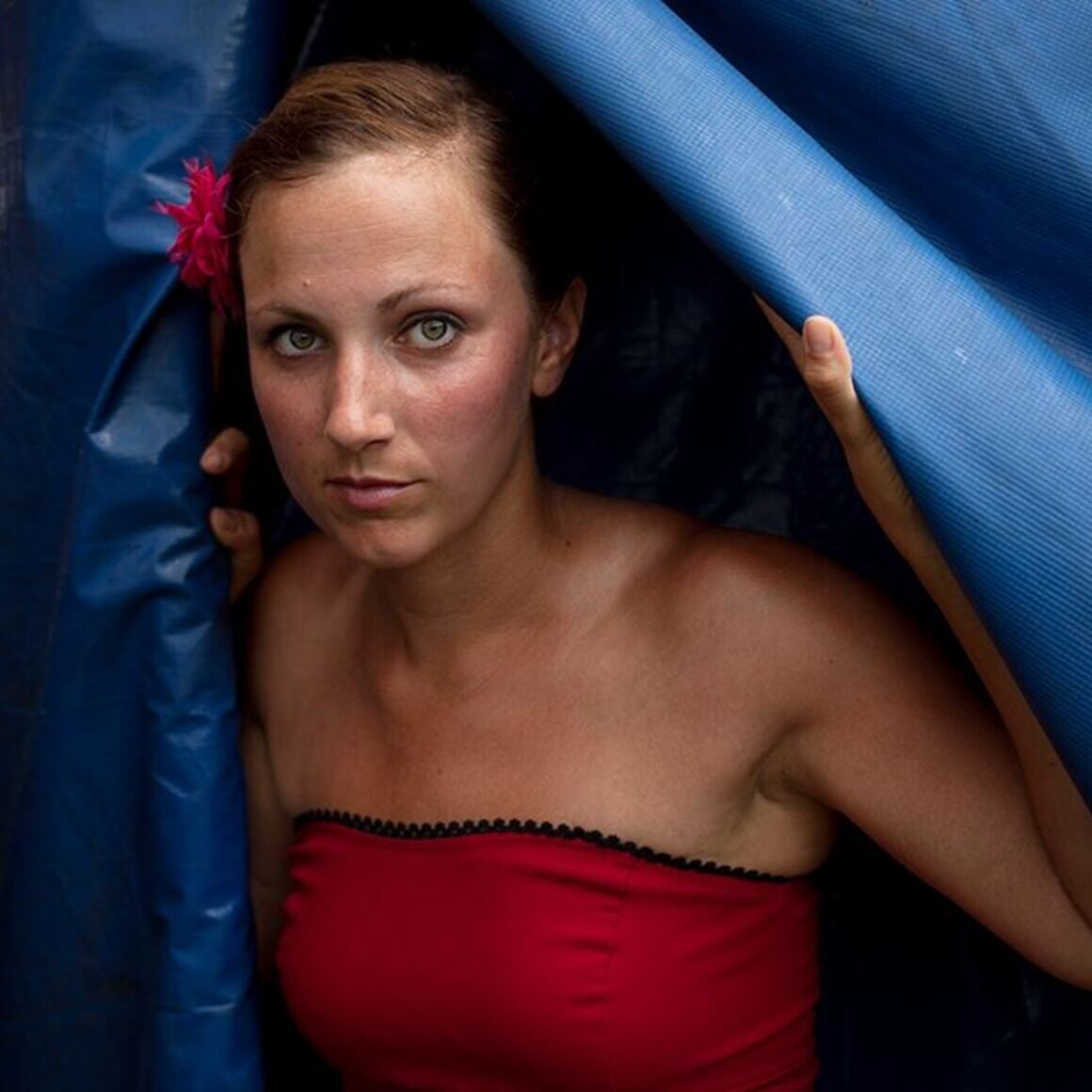 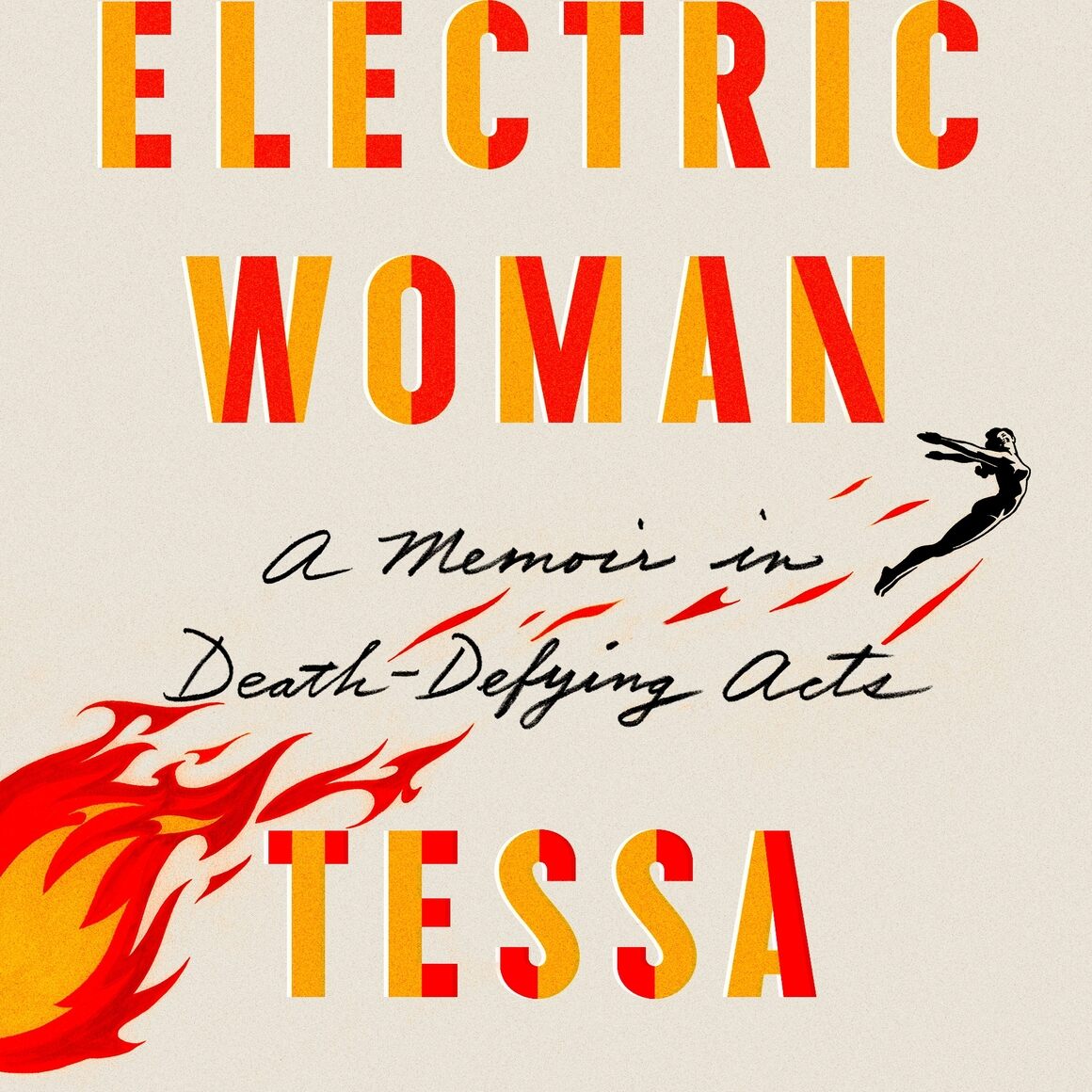 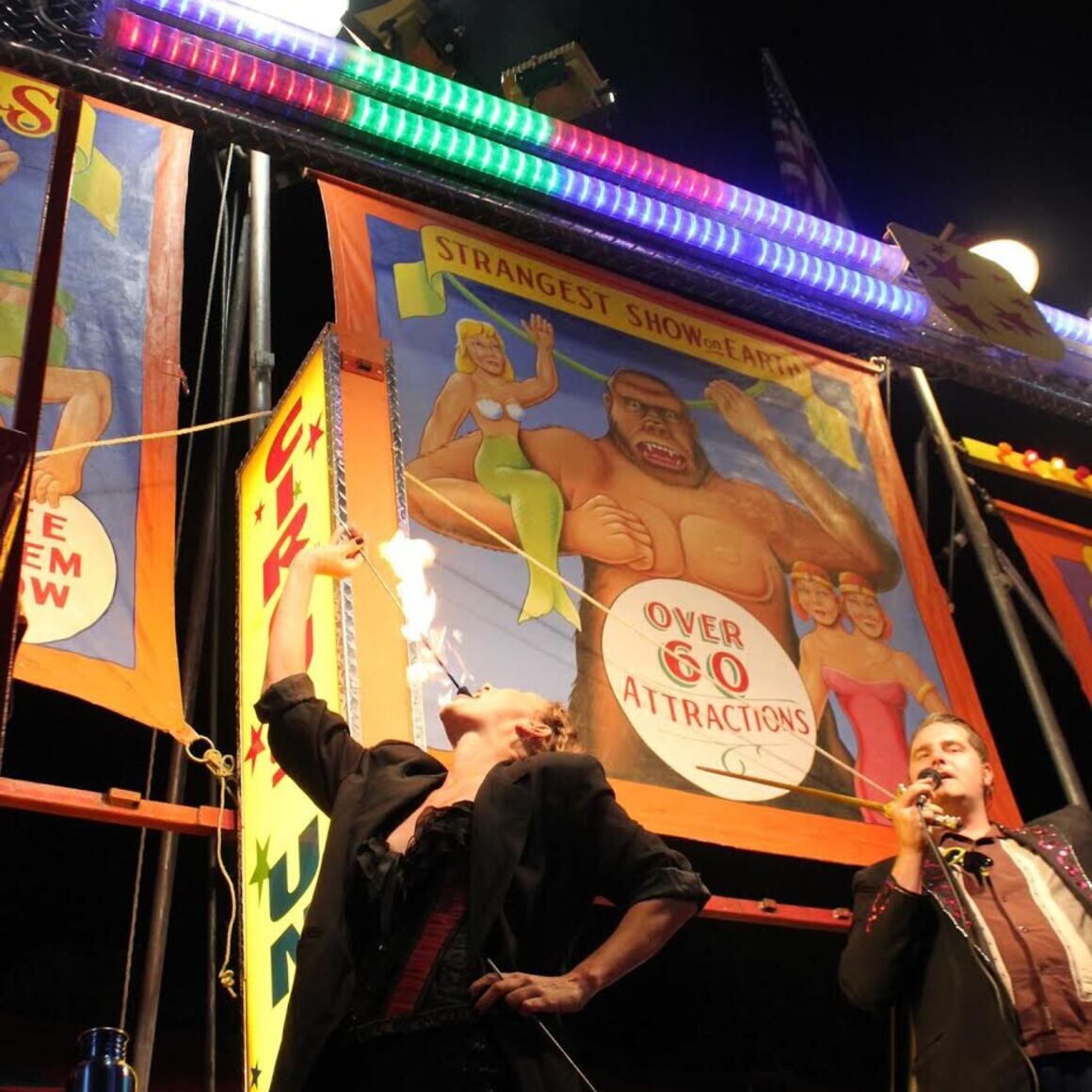 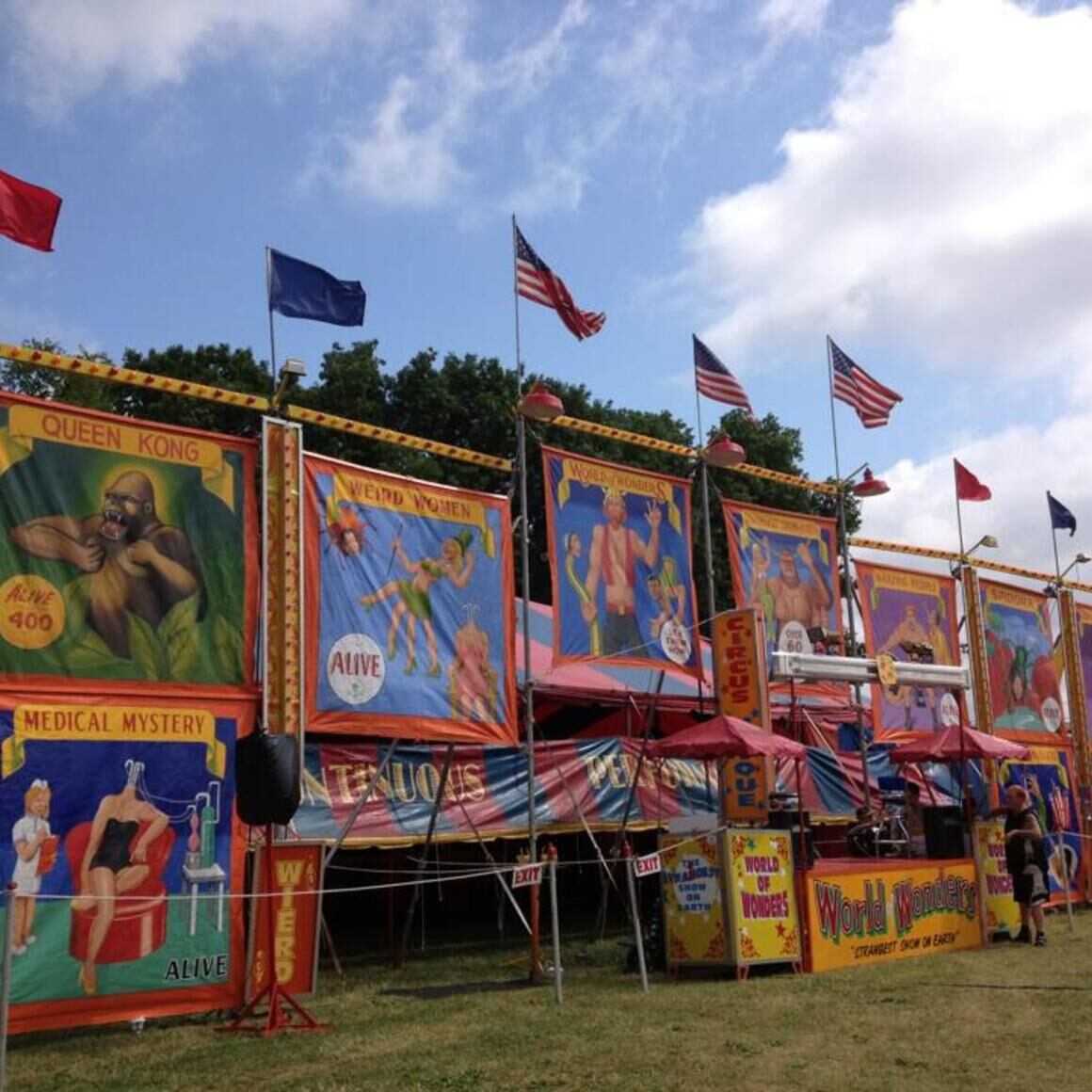 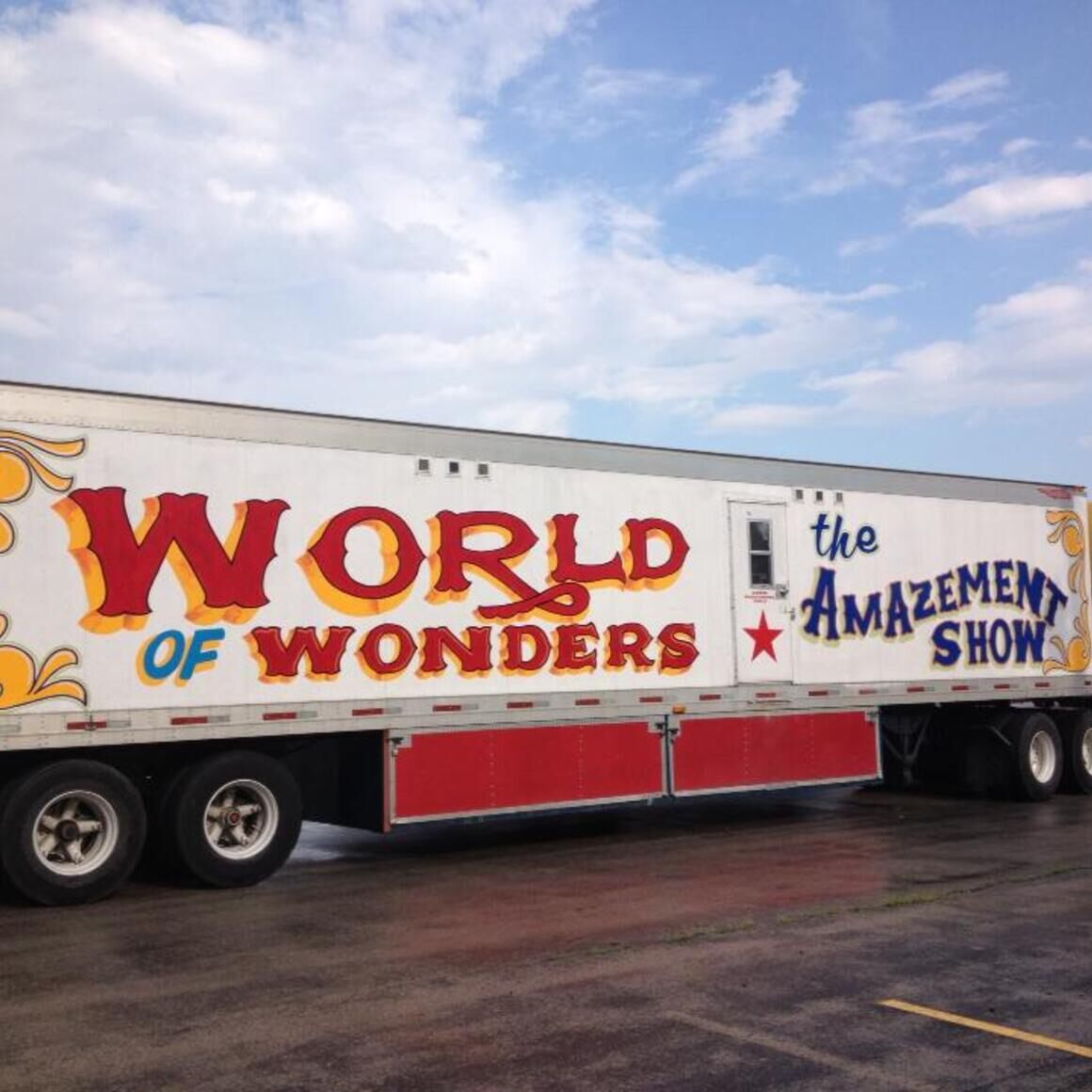 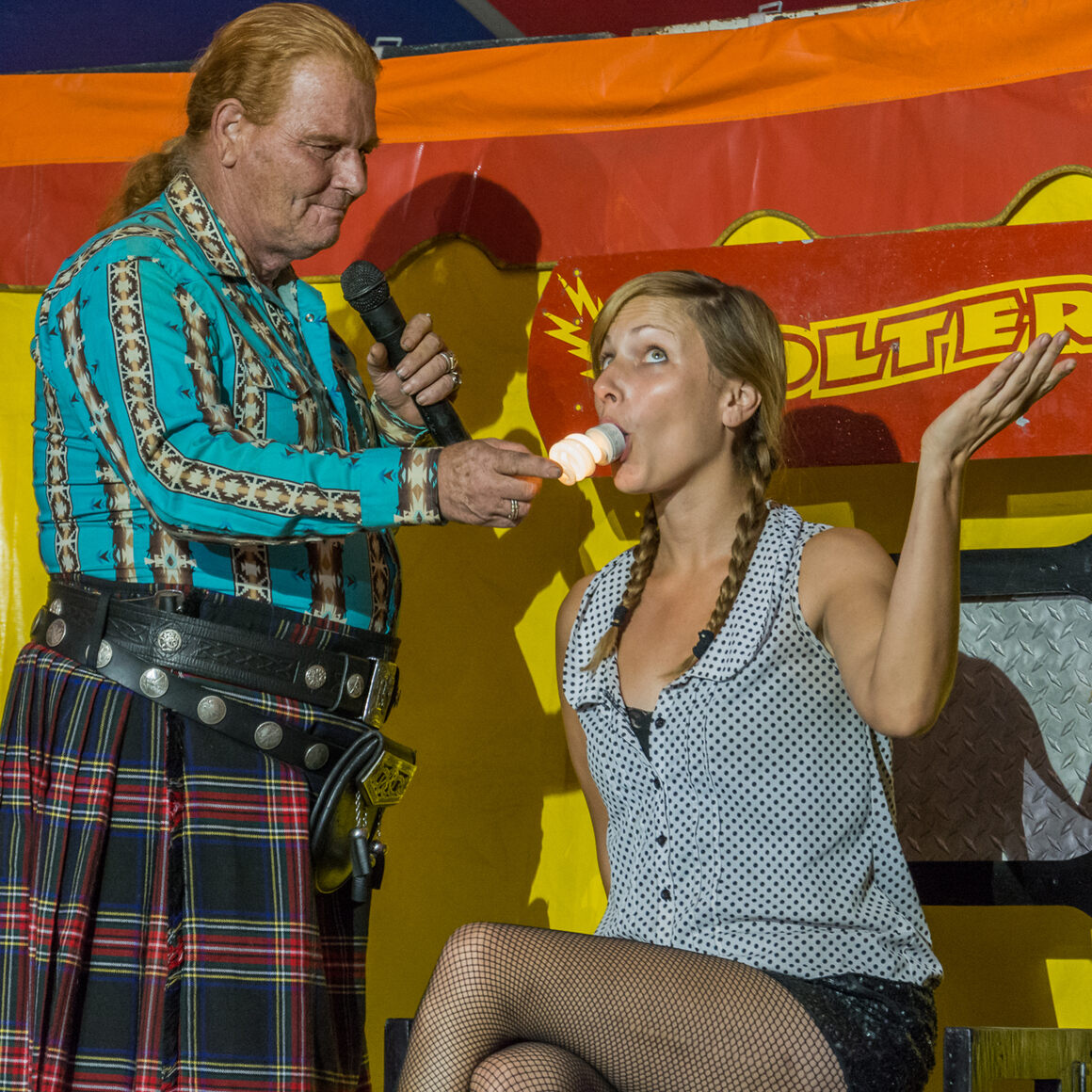 Tessa Fontaine is the author of The Electric Woman: A Memoir in Death-Defying Acts, a New York Times Editors' Choice, finalist for the Utah Book Award, and best book of 2018 from Southern Living, Amazon Editors', Refinery29, PopMatters, and the New York Post. Tessa spent the 2013 season performing with the last American traveling circus sideshow, the World of Wonders. Other writing can be found in the New York Times, Glamour, The Believer, LitHub, and Creative Nonfiction. She’s been a guest on NPR’s Live Wire, WNYC’s Midday Show, and featured in Elle Magazine. ​

Raised outside San Francisco, Tessa lived a year in Ghana and has traveled extensively in West Africa, Southeast Asia, Europe, and the United States, most recently in a 1982 camper van named Flipper that has been passed down through women in her family. She has taught in prisons and jails for five years, for the New York Times summer journeys, and she founded Salt Lake City’s Writers in the Schools program. ​Around the country, she has performed her one-woman plays in theatres ranging from New York to San Francisco. These days, Tessa lives in Asheville, North Carolina, where she teaches at Warren Wilson College.

Wed, Apr 14
$15 per device
Join one of the nation's leading bat experts as she sheds some light on the hidden, surprising, often misunderstood world of flying mammals!
Online
Experience

Thu, May 13
$15 per device
The museums might be closed, but their wonders are still waiting to be discovered!
Online
Experience

Thu, Apr 22
$15 per device
Learn about the world's rarest arts from the most curious craftspeople. Enter the world of the Secret Arts!
Online
Experience

Tue, May 25
$15 per device
Join curiosity artist Nina Nightingale for an evening of crafting, history, and impolite discourse.