Beyond the Quarter: Music and Reinvention in New Orleans

Beyond the Quarter: Music and Reinvention in New Orleans

We've got your back.

When you join one of our trips, we want you to have peace of mind. In response to COVID-19, we’ve:

There’s nowhere that sounds quite like New Orleans. From the percussive songs rooted in Congo Square to the grinding blues belted out in a downtown corner barroom, the city pulses with creativity and swells with centuries of stories layered into lyrics and beats. On this immersive, four-day journey, we’ll delve into the city’s rich soundscape, tracing the social, political, and spiritual roles local music has played historically and in contemporary culture. We’ll visit world-class musicians and artists in their homes and studios—learning about the city’s foundational rhythms from master percussionists, chatting with the Prince of New Orleans Rhythm & Blues, and exploring parade traditions from an elder. As we go, we'll be sure to savor the flavors of the city’s distinctive cuisine, perfected by the same interplay of tradition and invention that shapes the city's unparalleled music scene.

Day 1: The Spirit of the French Quarter

Our journey begins with an evening cocktail tasting at Jewel of the South, a 19th-century bar recently reincarnated as a lively, elegant cocktail bar and eatery by Nick Detrich and James Beard Award recipient Chris Hannah. As we sip, the bartenders will take us back in time, tracing the seminal role New Orleans has played in cocktail history. Spirited and hungry, we’ll stroll to a nearby Creole restaurant where we’ll get to know our fellow travelers and guide over bowls of gumbo, heaping dishes of classic Gulf seafood, and more. After dinner, turn in and rest up for the coming adventures or set out to catch some live music. Your guide will have plenty of recommendations.

We’ll begin the day with a visit to Congo Square, the hallowed ground where people of color, enslaved and free, introduced African traditions of music and dance that spread from New Orleans to the rest of the country. Here, master percussionists will show us some of the rhythms and movements that have been here since the beginning of the 18th century. Then we’ll head to North Rampart Street and the Treme to learn how New Orleans gave rise not only to jazz, but also to rock and roll during the postwar years. We’ll glimpse the recording studios, schools, and street corners where it all happened. For lunch, we’ll pay a visit to the beloved Dooky Chase’s soul food buffet. The restaurant has several claims to fame—in particular, it found its way into a Ray Charles song and became widely known as the spot where chef Leah Chase reprimanded Barack Obama for adding hot sauce to the gumbo. We’ll walk it off with a docent-led tour of Studio Be, the mind-bending warehouse installation by the city’s preeminent post-Katrina artist, Brandan “BMike” Odums, focusing on Odums’ themes of race and place in America. After dinner on your own, we’ll meet for a conversation with Guitar Lightnin’ Lee, the Prince of New Orleans Rhythm & Blues, where we’ll get to ask him about his life and work before watching him play alongside his band at a neighborhood bar, the kind of venue he’s played at for decades.

After a morning spent exploring on your own (or sleeping off last night’s outing), we’ll meet with a practitioner of the Mardi Gras Indian tradition, a centuries-old practice involving music and visual art that’s integral to Black New Orleans culture. We’ll also visit the House of Dance and Feathers, a one-room museum in the Lower Ninth Ward, where we’ll learn more about the city’s parading traditions. On our way back downtown we’ll briefly, respectfully pass through the area devastated by the levee breach during Hurricane Katrina. This evening, we’ll enjoy a private concert featuring some of the city’s finest musicians, giving us a chance to discuss the work with its creators, delving into how they draw from New Orleans’ heritage to compose vital, fresh contemporary music. Then it’s off to our final dinner together, where we’ll tuck into food from the city’s large Vietnamese community.

For our final morning, we’ll enjoy an al fresco farewell brunch prepared by Guitar Lightnin’s drummer—a musical and culinary rockstar—at Green Goddess, tucked away in a picturesque French Quarter alley. If you have extra time, stick around for a walking tour of South Rampart Street focusing on the 400 block, regarded by the Smithsonian’s Curator of American Music as the block with the most significant jazz history landmarks in the country. Then, it’s off to the airport or on to your next destination. Until our next adventure!

Itineraries and daily schedules are subject to change. We expect to do everything listed in the itinerary, though the order may be rearranged based on weather or other local conditions.
Share this trip with someone who would love it.
Copy Link 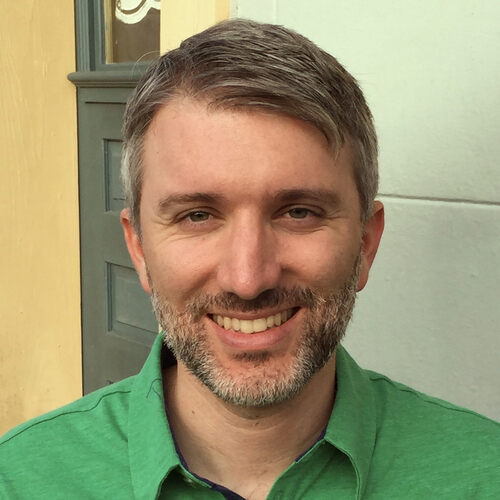 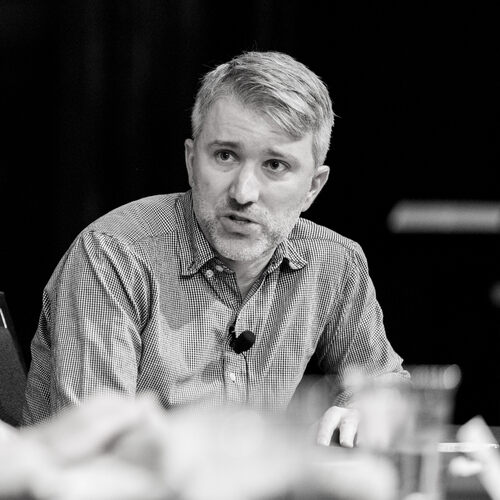 Jordan is a native New Orleanian with more than fifteen years of experience working in the city’s music and cultural communities. Following Hurricane Katrina, he led recovery efforts for local artists and began conducting tours in which they shared their stories directly with visitors. After appearing as himself in the HBO series “Treme,” he joined the show’s writing staff, and went on to publish nonfiction about New Orleans culture in Slate, Bitter Southerner, and other outlets. Since 2006 Jordan has also worked with the Ponderosa Stomp Foundation to revive the careers of elder musicians and record their oral histories. Currently he edits and writes for ACloserWalkNola.com, an interactive map of New Orleans music history, and tweets about New Orleans culture (@mrjordanhirsch).

Our trip begins at 6 p.m. in New Orleans on Day 1. We recommend you arrive in New Orleans by 3 p.m. on Day 1 so you can settle into your accommodations and meet our group for drinks at Jewel of the South. Our trip concludes after brunch on Day 4. If leaving New Orleans directly after our trip, we recommend departing the evening of Day 4. If you'd like to extend your trip, we’d be more than happy to provide suggestions for things to do and see in the city on your own.

Travelers should feel comfortable walking two to four miles over the course of each day, climbing stairs, and remaining on their feet for long periods of time.

As New Orleans has a wealth of wonderful, locally owned places to stay, accommodations will not be included in the cost of this trip. We’d be happy to suggest neighborhoods for booking accommodations. Feel free to email trips@atlasobscura.com if you’d like assistance with lodging.

Included
Excluded
Get our newsletter and get updates on our latestnewest trips.
Subscribe

We’re here to help. If you still have questions about the trip, just ask.
Email Us
Other Trips You Might Like
private

New York State
May 15–18, 2021
From $2,430 USD
Be the captain of your own ship as you steer along this historic waterway, experiencing its hidden wonders and two centuries of history.
+ 13 more dates
private

Science in the Field: Tracking Wild Bumblebees in the Redwoods

Go on your own dates, with your own group.

Learn More
Beyond the Quarter: Music and Reinvention in New Orleans

Book Your Spot
Questions before you book? Call us at (646) 961-4857 or send us a message through our contact form.
For answers to common questions, visit our FAQ.

Your booking is confirmed.
Thank you for for joining us on our trip. We're looking forward to sharing an unforgettable experience with you.
Check your inbox for a confirmation email with more details and next steps.
Beyond the Quarter: Music and Reinvention in New Orleans

Or book now on Airbnb

When will I pay?

Your card will not be charged today. Full payment will be due 60 days before departure via Airbnb, an official booking partner of Atlas Obscura Trips.

How much will it cost to cancel?

Cancel for free up to three days after booking. After that, there is a $500 cancellation fee per traveler.

Your booking is confirmed.
Thank you for for joining us on our trip. We're looking forward to sharing an unforgettable experience with you.
Check your inbox for a confirmation email with more details and next steps.
View On Airbnb
Beyond the Quarter: Music and Reinvention in New Orleans

This site is protected by reCAPTCHA and the Google Privacy Policy and Terms of Service apply.
You’ve been added to our waitlist.
We’ll let you know if space becomes available on our , trip.
Other Trips You'll Love
private

Ukraine
Jan 24–Feb 1, 2021
From $3,920 USD
A unique photography trip incorporating some of the country’s most remarkable visual experiences—from the markets and street art of Kyiv to hundred-year-old brickwork drains beneath the city streets, and from towering relics of Soviet might to a post-human landscape where space-age technology lies ruined in the snow.
art & culture

Croatia
Flexible Dates
From $3,660 USD
Beyond the Quarter: Music and Reinvention in New Orleans

Inquire below or call us at (646) 961-4857.
For answers to common questions, visit our FAQ.
This site is protected by reCAPTCHA and the Google Privacy Policy and Terms of Service apply.
Thanks for the inquiry
A member of our team will be in touch soon to discuss next steps.
Beyond the Quarter: Music and Reinvention in New Orleans

This site is protected by reCAPTCHA and the Google Privacy Policy and Terms of Service apply.
Thanks for the inquiry
A member of our team will be in touch soon to discuss next steps.

Inquire below or call us at (646) 961-4857.
For answers to common questions, visit our FAQ.
This site is protected by reCAPTCHA and the Google Privacy Policy and Terms of Service apply.
Thanks for the inquiry
A member of our team will be in touch soon.

Be the first to hear about our newest trips.

Get updates on Atlas Obscura’s unique trips as soon as we announce them.

Have a question about our trips? We’re here to help!

Thanks for contacting us.

We got it and we’ll be in touch soon.