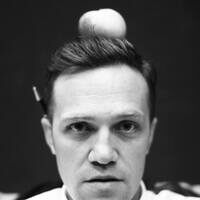 Tim Stafford is a poet, storyteller, and educator from Lyons, IL. He is the editor of the "Learn Then Burn" anthology series published by Write Bloody Press and he writes the travel blog "Second and Below". His work has appeared on HBO Def Poetry Jam and in numerous anthologies. He appears regularly at literature festivals across the US and Europe including the 2010 Zurich Poetry Slam Invitational, 2011 German National Poetry Slam in Hamburg, 2014 Woerdz Festival in Luzern, Switzerland, and the 2015 International Spoken Word Festival in Kiel, Germany.
https://secondandbelow.blogspot.com

The Abandoned Rockaway Beach Branch of the Long Island Railroad

A once crucial portion of the Long Island railroad still lays abandoned, waiting to be turned into an urban park.
40.7192, -73.8613

The Broken Bells of St. Mary's

The Jungle Room at Graceland

A statue honors the local legend that the devil helped build St. Mary's church after being tricked into thinking it was going to be a wine bar.
53.8677, 10.6851

Golden and naked, the figure that was once the highest point in New York is all that remains of the second Madison Square Garden.
39.9656, -75.1810

America's most famous museum of medical oddities is home to the remains of Einstein's brain.
39.9535, -75.1768
Added by mbison
Philadelphia, Pennsylvania

The third longest water bridge in the world, constructed over a supposedly haunted swamp in Louisiana.
30.2856, -90.4017
Added by Mordy
Chicago, Illinois

This sandstone mansion was the home of two of Oregon's most important pioneers.
45.5252, -122.7163
Added by dklimke
Clarksdale, Mississippi