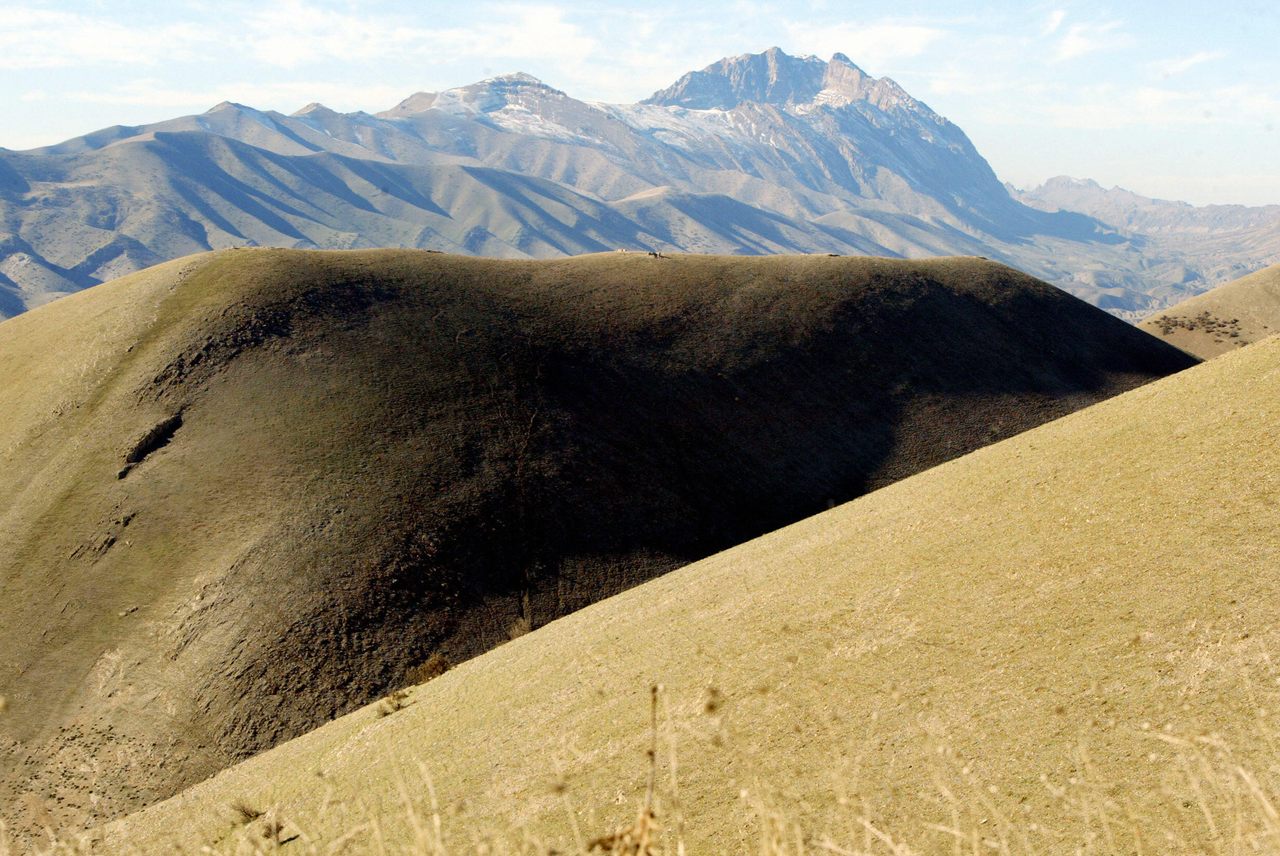 Mountains north of Sulaymaniyah, near the Iraq-Iran border, in the Kurdish homeland, where poet Hajjar Baban's father was born. SABAH ARAR/AFP via Getty Images
In This Story
Destination Guide

Hajjar Baban has a shy smile that flickers across her face when she speaks about her work. Her voice is confident, but interrupted by long, contemplative pauses. “I’m someone who just cares a lot, maybe too much sometimes, about everything.” Then that smile makes a brief appearance.

Still in her early 20s, Baban has already earned international notice for her intense and sometimes harrowing poems. Earlier this year she received a prestigious Paul & Daisy Soros Fellowship for New Americans. In 2017, when she was still a teenager, she was named Detroit’s Youth Poet Laureate and, the following year, was the runner-up for the national title—to Amanda Gorman. Baban explores questions of family, religion, and nationality in words, as well as the blank spaces and brackets that appear in her poems. Born in Pakistan to displaced parents—her mother grew up in Kabul and her father, a Kurd, left Iran to avoid persecution—Baban was raised in Dearborn, Michigan. Her poems evoke all those places.

The waterfall captured and glossed the memory of a place, at one time neither of us knew by name. I forget, he pretends to.
—“I like to know the weather in Sulaymaniyah,” 2019

Atlas Obscura spoke with Baban from Charlottesville, where she is currently pursuing a graduate degree from the University of Virginia, about her work and what wonder means to her.

Your poems often convey a sense of inhabiting a geographic location, such as Kurdistan, where you’ve never been. How does that intangible sense of place find its way into your work?

A sense of place really informs the silence that occurs in my poems, and the questioning: Knowing that I am from this place or that place, but not being able to access it, whether that’s through literal access, being able to go someplace, or [because of] a disconnect with my parents, their emotional availability or willingness to share.

My last chapbook, What I Know of the Mountains, was a lot about this motif, of the mountains in Kurdish culture and identity, and that has a lot to do with isolation. It’s even more isolating to have written that having never seen the mountains in real life. It shows up in the silence most prominently. And even the places that I have been and have experienced life in, that silence still exists.

There’s a haunting line in your poem “Highlander’s Sonnet” about how Kurds are always portrayed as tragic: “The mountain is known only for the avalanche, us only for death.” What does Kurdistan represent to you?

A few of my dad’s siblings died in Kurdistan. If you have a Kurdish friend, more often than not, they have a family member who was killed or has died in a violent way. There’s also the history and research that I’ve done of random Kurds. The thing is, I don’t take notes, I don’t write down the date and this and that. I just consume this information and I leave with a sense of knowing that there’s something wrong, there’s something in this history that is the reason why other people mark us for tragedy and isolation. I can’t get away from this idea that this is what people want us to be known for.

That pattern unfortunately seems to apply to Afghanistan, your mother’s homeland, too. What goes through your mind when you see what’s happening there now?

Listen to Afghans. That attention and that care to listen extends beyond acknowledging us when something tragic happens to us. We exist beyond that tragedy, and we exist beyond when America finds it fit to acknowledge that we exist.

Where do you think of as home?

For me, home is wherever you can go and are not explaining yourself. Even now I feel home whenever I can sit through the silence with someone.

What gives you a sense of wonder?

I’m not going to say poems because that’s very assumed of me. So I’m not going to say poems … Ok, I will say poems, actually, but not necessarily poems that I’m stumbling upon for the first time, but poems I can read and read and read and never stop returning to them. One of my favorite Gwendolyn Brooks poems, and everyone should read it, is “The Preacher Ruminates: Behind the Sermon.” And every single time I read it, it doesn’t change, but it gives me a sense of wonder.

Join us for a daily celebration of the world’s most wondrous, unexpected, even strange places.
sense of placepoetpoetryart

The Unsolved Murder That Haunted a Beloved Italian Poet

A stirring mosaic marks the spot where Ruggero Pascoli was killed in 1867, shaping his son Giovanni's prolific art.
art

Before Edward Lear Was a Limerick Genius, He Was a Teenage Parrot-Painting Prodigy

The beloved children's poet spent his own youth "at the West End / painting the best end / of some vast Parrots / as red as new carrots."
science

A study digs up the origin of the single species that gives us turnips, bok choy, broccoli rabe, and more.
food

Kangina is simple but effective.
Video