How the Discovery of a Unique Sign Language Reconnected a Linguist With Her Past - Atlas Obscura
Want to see fewer ads? Become a Member. 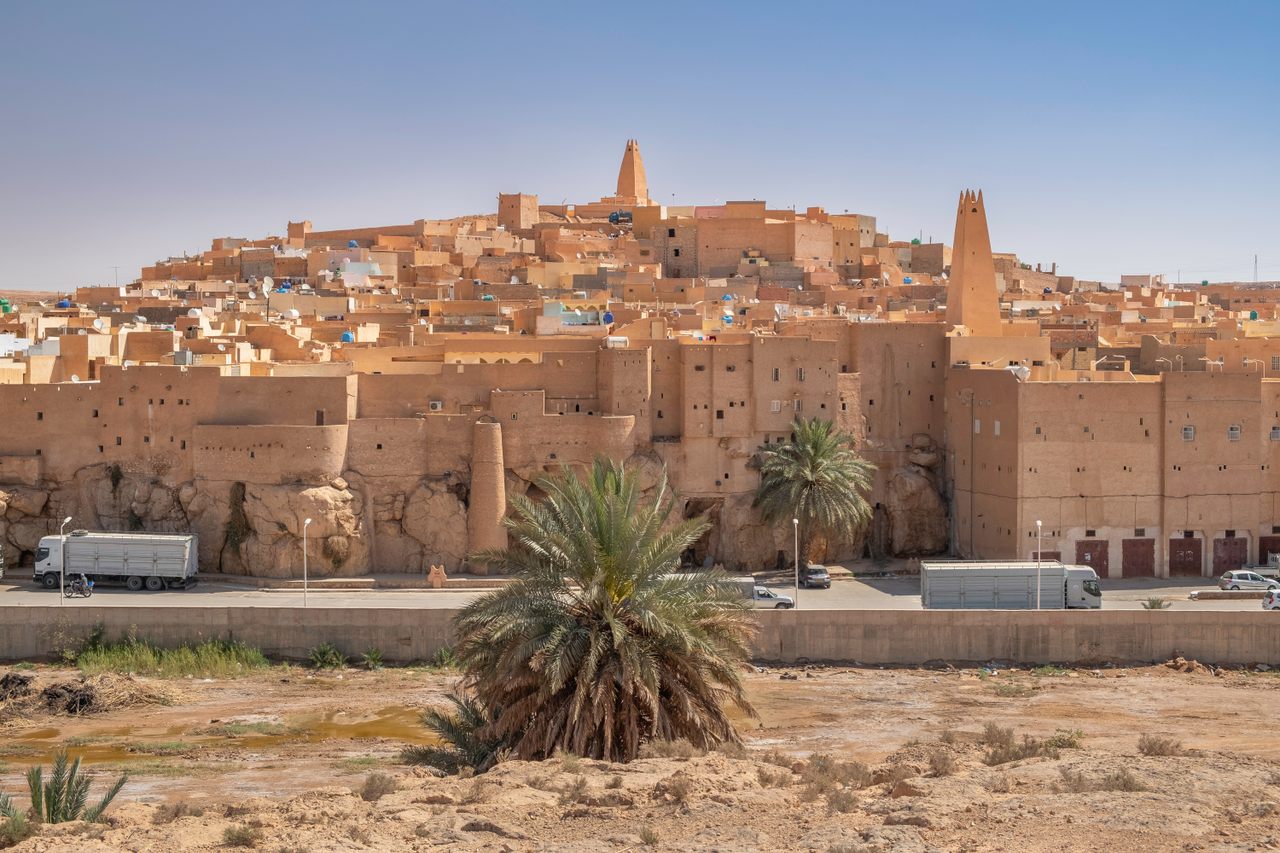 The Algerian city of Ghardaia once had a thriving mellah, a walled Jewish quarter. It was here that a unique sign language evolved. Cortyn/Shutterstock
In This Story
Destination Guide

Speaking through an interpreter on a three-way video call from a chilly Tel Aviv, Sara Lanesman, a linguist at Haifa University’s Sign Language Research Laboratory, signs with energetic motions that convey the intensity of what she felt during two formative moments of her life. The first: having to flee Algeria as a child with her family. The second: finding the country again through a sign language she didn’t know existed.

Several years ago, Lanesman and her mentor, the late linguist Irit Meir, were documenting the history of Israeli Sign Language (ISL). “We were interviewing subjects, asking them to do a simple picture-naming task,” Lanesman says. They asked a participant to sign “boy.” The 65-year-old volunteer, known to the research team by his initials, Y.Z., had immigrated to Israel from Algeria. His response caught their attention, Lanesman recalls. “He asked us: ‘Do you want me to use the sign I use with my friends, or the sign I use with my mother?’”

This unexpected question from the study participant would lead to the discovery of a unique, nearly-lost language that was hanging on right under their noses. For Lanesman, finding the unknown language was particularly poignant: It was born in an isolated and now lost Jewish community in the same country she had fled as a child.

From the start, Lanesman noticed the mysterious language had a few similarities with ISL. For example, the sign for “couscous,” one of the main staples of both Algerian and Israeli cuisine, emulates rubbing durum between the hands—just as it does in ISL. However, of the 300 signs Lanesman initially documented, there was very little overlap with any of the six sign languages she knows.

“There was nothing in the literature. It was completely undocumented,” she says. “It was definitely a new language”—one now known as Algerian Jewish Sign Language (AJSL). Despite being new to Lanesman and other linguists, AJSL has centuries-deep roots: It evolved perhaps as early as the 15th century in the walled Jewish quarter of the Algerian town of Ghardaia.

“AJSL is unique among known sign languages, and mutually intelligible with none of them, except for a few words that are common in all of that region’s sign languages, such as the pan-Arabic sign for water, which emulates drinking from a well,” says Kearsy Cormier, a linguist at University College London. “The isolation of its development shows in its unique signs, most of which are in no other language.”

“The iconic origins of the signs are more preserved in AJSL than in ISL,” Lanesman says. “They’re less abstract.” For example, the sign for “deaf” is depicted as the action of cutting off one’s tongue with scissors. The signs for “boy” and “girl” reference sex organs, and are considered impolite or even obscene to ISL signers, yet they are completely acceptable in AJSL, reflecting different cultural norms.

“In addition to embedded culture,” Lanesman says, “there are also elements of AJSL that hold community traditions like fossils.” The AJSL sign for the Jewish harvest holiday of Shavuot, for instance, depicts the act of spilling water. “The sign came from the ritual act of worshippers throwing water on one another, a custom that was prevalent in North African Jewish communities that has since died out. It’s now preserved only in the sign,” says Lanesman.

Lanesman adds that AJSL also lacks certain concepts that ISL has. For one, there are very few signs for colors. Some reference common objects, such as using the sign for “carrot” to describe something as orange-colored. But for pink, green, and many other colors, signers simply point to something nearby with a similar color.

Although AJSL is extraordinarily self-contained, there are some similarities between it and Algerian Sign Language (ASL), the dominant sign language of the region where AJSL originated. In both AJSL and ASL, the sign for “blue” depicts the crushing of blue powder used for eyeshadow. “I loved this sign when I was a girl in Algeria, when I used ASL to communicate,” Lanesman recalls. Now, it’s one of the signs found in both languages that have special meaning for her. “I still like those shared signs, historical connections to a place I only vaguely remember,” she says.

In 1962, when Algeria won its independence from France, the parliament passed a law that denied citizenship to all non-Muslims, forcing out the country’s Jewish communities, many of which went back centuries. “I was six when my parents and my three deaf sisters had to flee from our home in Algiers,” Lanesman says. After a brief stay in Marseilles, the family immigrated to Israel, where she and her sisters quickly learned ISL.

Lanesman says she forgot ASL, and never encountered another sign language from her homeland until that fateful day with Y.Z. in the language lab. Intrigued by the mysterious new language, she set out to document as much of it as she could, locating additional signers in Haifa and Tel Aviv to interview.

During her research, Lanesman discovered something else that makes AJSL different from all other sign languages. “Probably the most unique aspect of AJSL now is that, ironically, it’s passed down from one generation to the next almost exclusively by hearing people,” says Lanesman.

While deaf members of the displaced Ghardaia community quickly learned the dominant sign language of their new home, such as ISL, their hearing relatives never learned another sign language. As a result, many hearing members use AJSL to communicate with deaf people within the community, including their children and grandchildren, helping to preserve the language.

Passing down AJSL in this way echoes how the language survived over centuries in Ghardaia’s walled Jewish quarter, where the isolated population was culturally cut off from the Muslim majority surrounding them. The men sometimes left the mellah to do business, but most women lived their lives entirely inside the walls, according to historical reports by archaeologists Lloyd Briggs and Norma Guède, who visited in the 1950s.

“Traditionally, these small village sign languages are spoken by a majority of the hearing population because they occur in very specific places: in insular communities where there’s a genetic predisposition for deafness, and in places where there’s little opportunity for the community’s deaf people to come in contact with signers of the dominant sign language of their area,” says Cormier.

While Ghardaia’s community was forced to disperse, the language lives on, which is unusual for any language that evolved in an isolated community. “Perhaps the most remarkable thing about AJSL is that it has survived centuries, resisting outside influences and a mass migration of its speakers,” Cormier says.

The language of the lost Ghardaia mellah is hanging on, but it’s also fading. “Each year, fewer and fewer AJSL signers that I interviewed are around,” says Lanesman. “It’s dying, but slowly.” To preserve the language, Lanesman plans to conduct interviews in France—because of the country’s colonial history with Algeria, she suspects there may be many more AJSL signers there.

“This community’s linguistic legacy lives on, proof that we existed and thrived in Algeria for hundreds of years,” Lanesman says. “It’s worth documenting, even if it won’t be saved.”

Now surging in popularity, the iconic pronoun was first used on the other side of the Atlantic in the 17th century.
islands

Just 10 men are permitted to hunt and pickle 2,000 young seabirds on a desolate island each year.
deserts

How a Bedouin Tracker Sees the Desert

Millennia of rock art offer a library of human history in the Levant.
Video • AO Docs