Antarctica Is Stark, Beautiful, and Will Shrink Your Brain - Atlas Obscura
Want to see fewer ads? Become a Member. 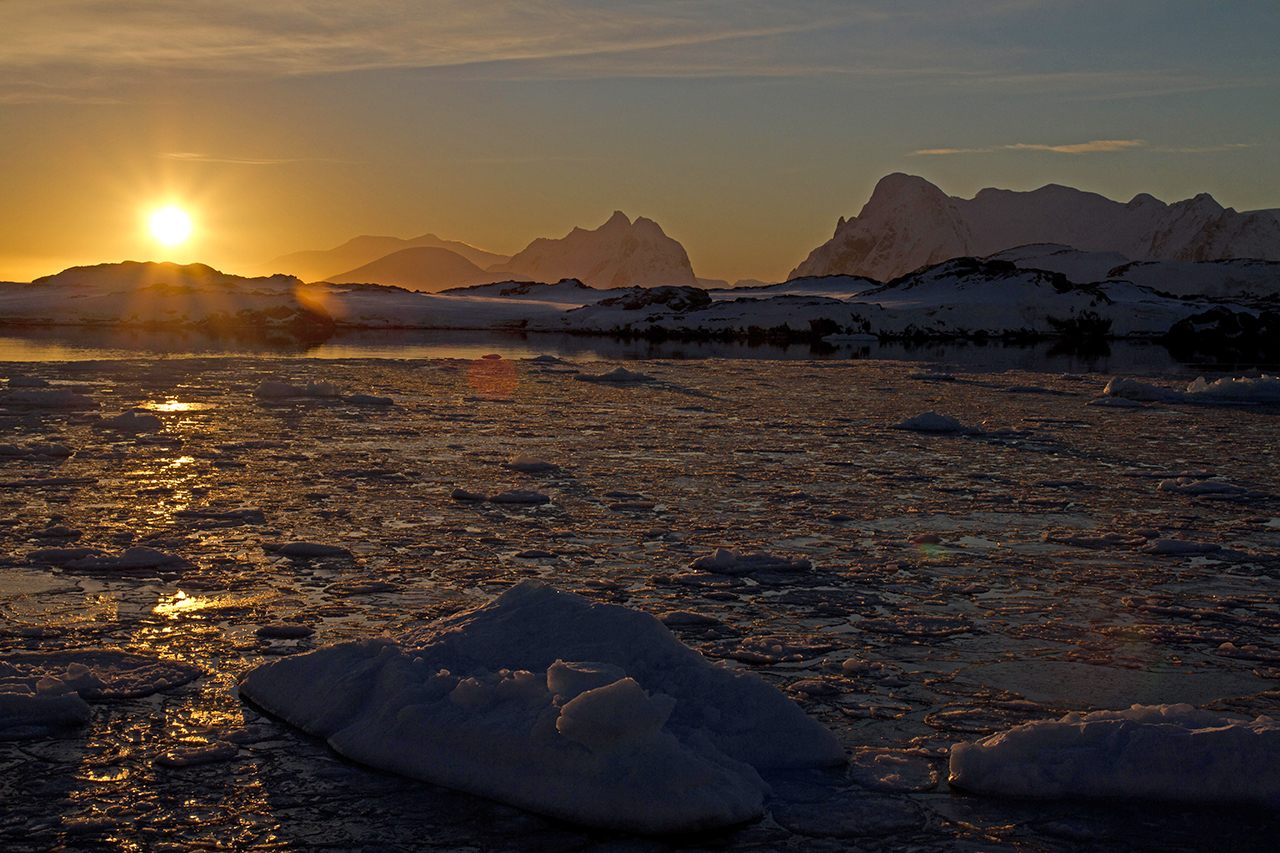 Antarctica is always cold, and for much of the year, it's really dark, too. Dmytro Pylypenko/Alamy Stock Photo
In This Story
Place

The Swedish geographer Otto Nordenskjöld did not love Antarctic winters. They were cold and dark, of course, but more than that, they were monotonous. They were lonely.

Sure, the landscape was beautiful. Nordenskjöld encountered snow and ice “of uncommon interest,” sometimes even “magnificently grand,” he and his fellow expeditioners wrote in the 1905 book, Antarctica, or Two Years Amongst the Ice of the South Pole. But the sights were a little same-y. There was little to see beyond open, empty swaths of white punctuated with odd bits of blue and muddy brown. It “had in the long run a fatiguing and depressing influence upon us,” he wrote. The crew tried to stave off the doldrums with rousing games of cards, or by celebrating birthdays “as heartily and thoroughly as possible.” Still, “in spite of all this, one always felt lonely,” he continued, and he “longed for news from the outer world, and to meet with other people.” Writing in New England Journal of Medicine nearly 115 years later, researchers have quantified some of the effects of the “hermit’s life” that Nordenskjöld experienced during Antarctica’s coldest, darkest months. The authors found that Antarctica’s infamously inhospitable conditions appear to shrink the human brain.

Lead author Alexander Stahn, an assistant professor of medical science at the University of Pennsylvania, along with collaborators from Charité-Universitätsmedizin Berlin, the Alfred Wegener Institute, the Max Planck Institute for Human Development in Berlin, and more studied the brains of nine people who spent 14 months hunkered down at the Neumayer III Station on the isolated Ekström Ice Shelf, an area the size of Puerto Rico, about 5,000 miles due south of West Africa. The futuristic-looking station, which is operated by the Alfred Wegener Institute in Germany, is propped up on 16 legs, and looks like a Star Wars ship. The view out its windows offers only endless snow and ice—a flat, white blanket, spreading out in all directions.

Stahn primarily studies the effects of extreme environments, such as space, on human bodies, and thought of Antarctica as an interesting analog to study how a monotonous environment and limited social interactions might affect the brain.

In the paper, both crew and mission go unnamed, but Stahn says the team consisted of two engineers, a radio operator, two geophysicists, an air chemist, a meteorologist, a cook, and a doctor. Unless they hit some snag—and no one wants to hit a snag down there—their daily tasks were pretty consistent. “It’s basically the same thing, day by day,” Stahn says. Days, weeks, months blur together.

Before the crew headed off for their expedition, Stahn’s team popped them into an MRI machine and looked at gray-matter volume and the region of the hippocampus known as the dentate gyrus, which is known to be central to forming memories and generating new neurons. One crew member wasn’t able to receive an MRI, but Stahn’s team also measured the protein called brain-derived neurotrophic factor, or BDNF, which is key to forming new neurons. For comparison sake, they also scanned the brains of nine control subjects who wouldn’t be going to the end of the Earth.

Like many people who work in extreme environments, researchers at Neumayer III live in a small world. The entire facility—including mechanical areas, living quarters, labs, recreation spaces, storage, and more—covers about 20,000 square feet, a little larger than the size of your local chain drugstore. And there’s nowhere else to go; outside is gusting snow, miserable temperatures (as low as -58 degrees Fahrenheit near this station), and, for much of the year, inky darkness. It’s not quite like being in space, exactly, but it’s definitely extreme.

Like spacefarers, the Antarctica crew had to navigate the limited space and persistent sameness with roommates they had no hand in choosing. “The big issue is that it’s really a small group,” Stahn says. “At some point, they’ve said everything to each other.”

Some of the coping tactics are the same as in space, too. Similar to the crewmembers of the International Space Station, who take breaks to tend to plants or watch a lot of television, the researchers stationed in Antarctica had their own ways to relax or blow off steam. The Australian Antarctic Division recommends lots of books, the internet, drinks, or playing snooker or darts. Some at the Amundsen-Scott South Pole Station strip down to their skivvies (or to nothing at all) and sprint from the geographic South Pole to a sauna—a tradition that has been dubbed the “200 Club” or “300 Club,” based on the temperature difference they undergo. Some hubs, like the National Science Foundation’s McMurdo Station on Ross Island, are so big and stuffed with amenities that “it’s more like a small town,” Stahn says. Davis Station has a library, plus areas for volleyball, badminton, cricket, soccer, and golf, and the nearby snow is sometimes striped with tracks from snowboards or skis. At Casey Station, options include an indoor climbing wall and a photo darkroom. Neumayer III is on the smaller side, but it contains a billiards table and television, plus a small gym. “But it’s not like a nice gym,” Stahn says. “It’s more in the basement, and there are no windows. It’s not quite sensory stimulation, compared to going to a regular gym.”

Stahn’s team collected BDNF measurements during and after the mission, and also rolled the crew back into the MRI machine after their 14-month Antarctic stint was up. The dentate gyrus portion of the expeditioners’ hippocampi had shrunk, by anywhere from about four to 10 percent. Concentrations of BDNF were down even just a quarter of the way into the expedition, and the dip remained even a month and a half after the crew went home. These reductions were correlated with poorer performance on tests of attention and spatial processing. Stahn’s team suggests that what they’re seeing is the neurological impact of isolation and limited stimulation.

“The brain is a bit like a muscle—it will not adapt if you expose it to the same stimuli all the time,” Stahn says. Stahn suggests that people stationed in Antarctica would benefit from switching up whatever they can, because practicing a novel skill revs up the hippocampus and related areas. Learning a new language or trying out rock climbing—which requires both mental and physical dexterity—could all be helpful, Stahn says. Picking up an instrument could help, too (though the rest of the crew might resent it). Stahn’s team admits that their sample size is small, and more research is needed—but if they’re onto something, maybe future Antarctic visitors will remember to do anything they can to stay stimulated in that seemingly unchanging, ferocious, lonely landscape.

Scientists learned just how much sleep a baby needs to tell a “Zuser” from a “Bofel.”
science

Unique adaptations allow the ambush predator to thrive in an environment that would kill most other organisms.
libraries