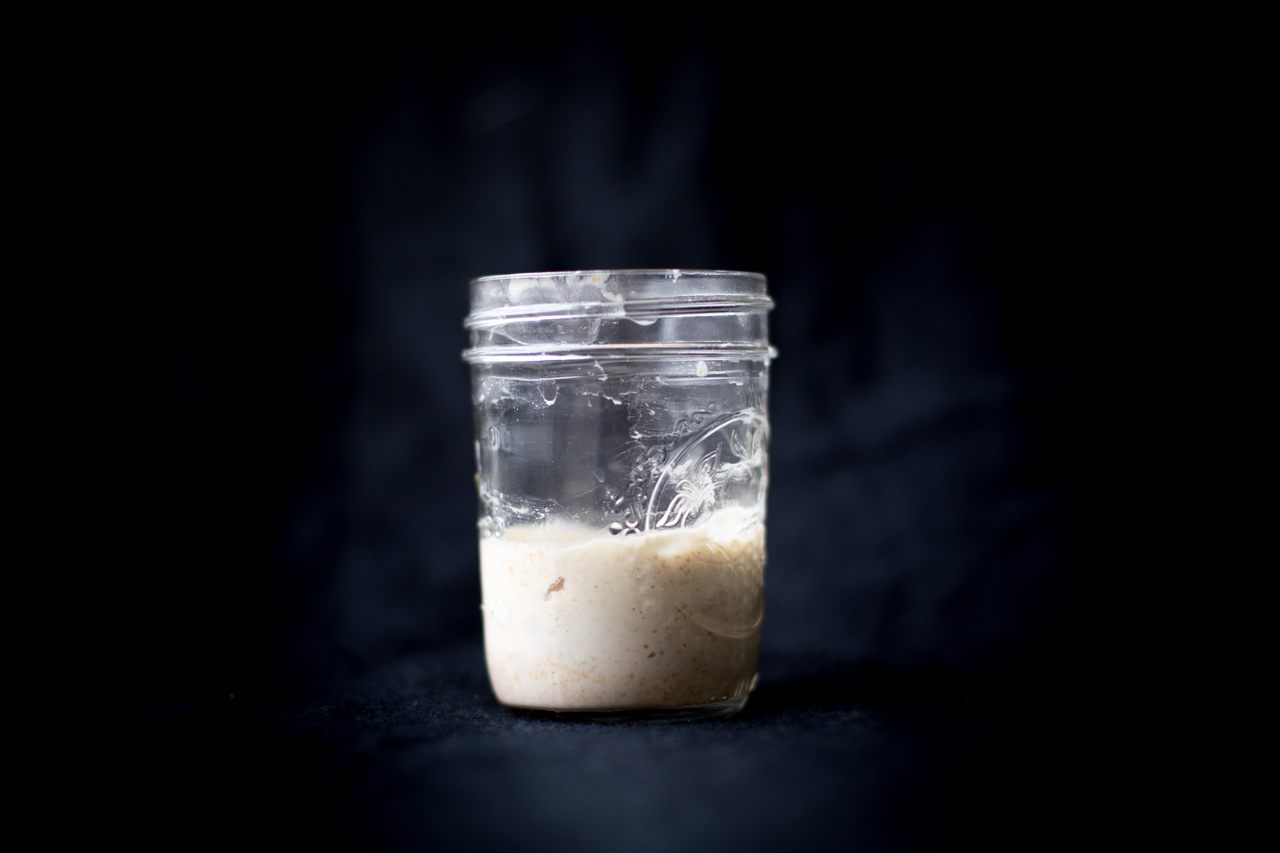 The researchers like baked bread, too, but it's your starter that they're hoping to hear about. All photos courtesy of Lauren Nichols and the Public Science Lab

There’s something a little magical about sourdough. You mix flour and water, and in just a week or two, you have a starter that’s bubbling with invisible life.

Humans have taken advantage of naturally occurring yeasts and bacteria to bake bread for thousands of years, yet we still know relatively little about these organisms. Do they come from the flour we use, or do they come from the water or the air or the bakers’ hands? How do different microbes affect the bread’s texture and taste? And why do some starters thrive while others turn into moldy sludge?

To help answer these questions, researchers at North Carolina State University’s Public Science Lab asked home bakers to send them their sourdough starters, or observations about them. Many other groups have researched sourdough microbes, says microbial ecologist Erin McKenney, but the crowdsourced aspect of their Science of Sourdough project contrasts with other initiatives’ lab-grown specimens.

“It’s not clear if their findings are directly relevant to what bakers are doing in their homes or in their bakeries,” says McKenney.

In an earlier phase of the project, which launched in 2017, more than 500 citizen scientists from Alaska to New Zealand sent in sourdough-starter samples. “You don’t go to the zoo to find out the true nature of wildlife,” says McKenney. “We wanted to study these microbes in their natural habitat.” Enlisting the help of citizen scientists also allows the team, which is led by Rob Dunn, to access larger data sets. “I’ve taken care of 24 sourdough starters at a time,” McKenney says. “I can’t imagine how long it would take to grow 500.”

Even though their research questions seem straightforward, the answers are often complicated or elusive. For example, the team has identified many species of bacteria and fungi present in sourdough starters. But the function of most of these microbes—whether they help the starter grow or improve the flavor, or are they just along for the ride—is still unknown.

While making new discoveries is an important part of the project, McKenney says that engaging members of the public is also a key component. She is especially interested in making microbiology more accessible to students.

Last year, hundreds of middle-school students in North Carolina participated in the Science of Sourdough project. “It got the students thinking about science and microbes without having to have access to fancy lab equipment,” says McKenney. “One of the great beauties of this particular system is that you can learn about microbial ecology in a way that’s personally engaging and relevant.” Even when people can’t see the microbes, they can observe the gas bubbles they produce and appreciate how they influence the flavor and texture of bread.

The Science of Sourdough’s Facebook group has more than 1,800 members, who share their experiments and seek advice, offer encouragement, brag about successes, and commiserate over failures. “They’re also so keenly interested in what we’re finding, and they offer us new ways to think about sourdough,” says McKenney. In an earlier phase of the project, participants’ questions about why their starters failed led the scientists to realize there had been little scientific research on the topic.

With yeast hard to find in stores—due to the quarantine-fueled interest in baking bread—there’s no time like the present to get started with sourdough and contribute to the Science of Sourdough project.

Getting started is easy: All you need to do is mix some flour and water together in a jar, then feed your starter with more flour once a day for 14 days. (Or more often if the microbes are extra hungry!) By reporting to the Public Science Lab how much and how fast your starter rises, as well as what it smells like (yeasty? fruity? earthy?), you’ll contribute to their research and be ready to bake your own bread. (And even if your starter fails, your data will still be valuable.) Naming your starter Betsy, JarJar, or Joan of Starch, like members of the Sourdough for Science Facebook group, is optional. You can review the Public Science Lab’s full instructions here.

The project has been incredibly popular so far, McKenney says, garnering submissions from about 1,200 people since the project’s launch on April 16. Perhaps this is unsurprising given the surging interest in sourdough. But the Science of Sourdough project is also a reminder that you don’t have to go to the moon or the deep ocean to make scientific discoveries: Your own kitchen is the site of a millennia-old mystery of how microbes help humans turn water and flour into bread.

Making salt-rising bread is a culinary science experiment dating back to the 1800s.
science

How Scientists Are Using Cake to Share Their Research

12 places to marvel at the history of human language.
Video • Gastro Obscura

Step past the gas pumps and into a fine French bistro.
Asheville, North Carolina

A 17th-century bezoar, dirt from an infamous site, and other curios decorate this unusual bar.
Asheville, North Carolina

Classy up your Big Mac with bow-tied servers and chandeliers at the world's fanciest McDonald's.
Mount Airy, North Carolina

Follow the path behind this treat-slinging camper van to a sculpture garden in the forest.
Rose Hill, North Carolina

This sweet Southern elixir comes from what may be the oldest grape vine in North America.
Want to see fewer ads? Become a Member.
From Around the Web
THE GASTRO OBSCURA BOOK
Taste the World!
An eye-opening journey through the history, culture, and places of the culinary world. Order Now