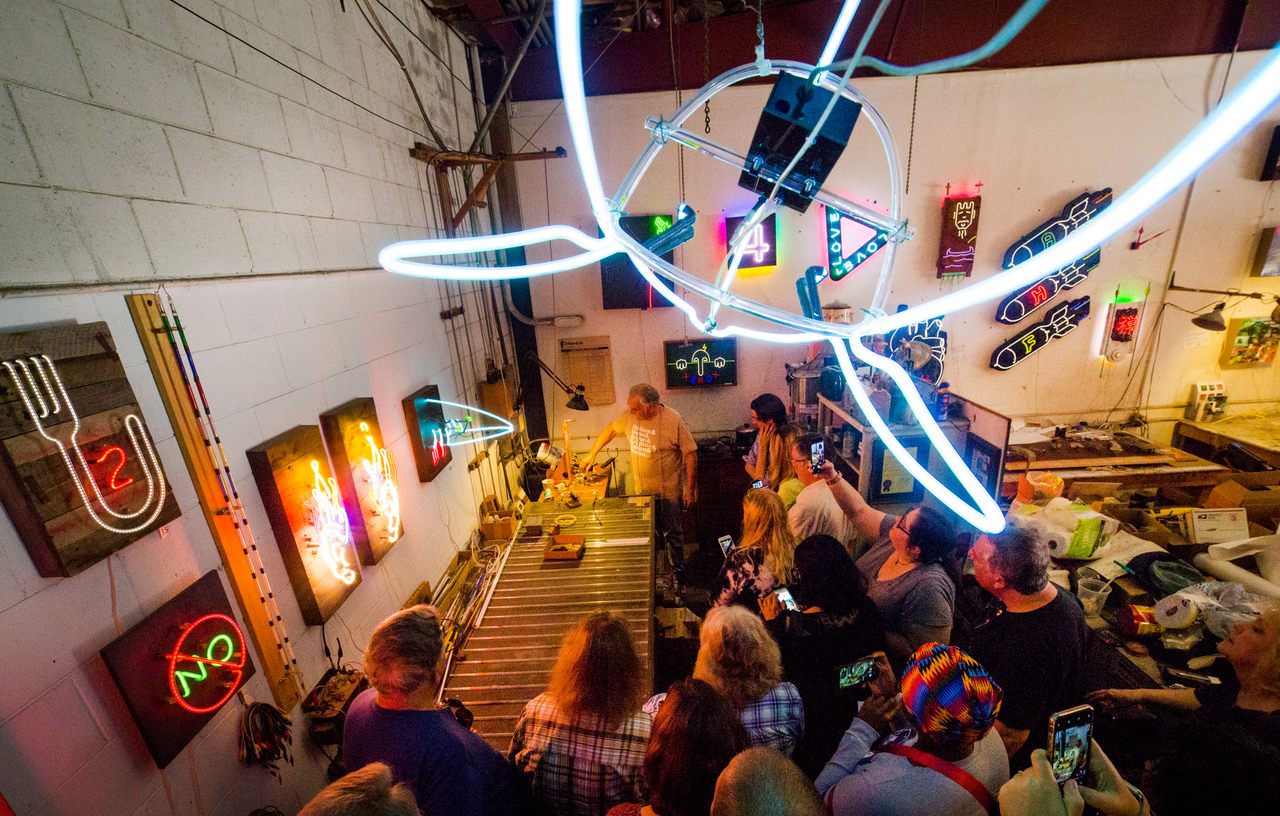 For years, Los Angeles has claimed itself to be the birthplace of neon in America— specifically, neon signage. A bright blue materialization of the word “Packard” (the name of a bygone car company) first lit up the city’s night sky in 1925 and reportedly caused traffic to stop—literally. Rapt drivers were said to have braked to gawk at the luminous sight.

Such reports have since been debunked (it’s believed that commercial neon-signage actually made its debut in New York or San Francisco before 1925), but that hasn’t stopped the city from becoming synonymous with the electric art form.

Neon culture persists thanks to people like Michael Flechtner: an acclaimed neon artist who sits on the board of trustees at the Museum of Neon Art. Recently, Atlas Obscura and Chase Sapphire® teamed up to send a select group of cardmembers to Flektro studios: his workplace and de-facto gallery.

When Flechtner began working with neon in 1985, it was an endangered art form. Plastic and LED lighting presented cheaper, more efficient solutions. But in recent years, it has experienced a resurgence as its aesthetic has come to be appreciated as more than kitsch. Flechtner himself has been instrumental in this revival. His two-and-three dimensional creations demonstrate the medium’s potential as an art form beyond advertising.

Chase Sapphire cardmembers got an insiders’ look at Flechtner’s practice with exclusive access to his studio: a hidden gem in Van Nuys near LAX airport. Flechtner walked guests through his workshop and treated them to a live demonstration of his artistic process, from design to creation to electrification.

Check out photos from the dynamic experience below.