No, the Banana Apocalypse Is Not Around the Corner - Gastro Obscura
Want to see fewer ads? Become a Member. 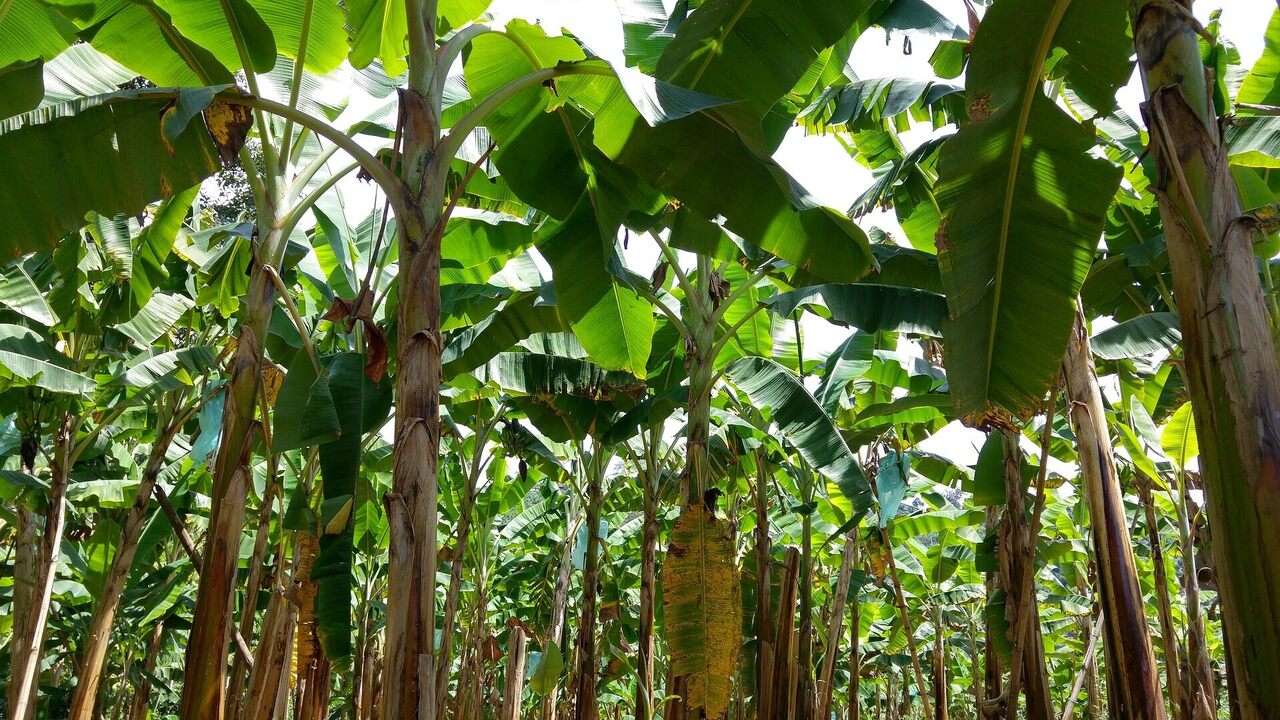 Few times we've been around that track, so it's not just gonna happen like that. Public Domain
In This Story
Destination Guide

Let’s cut to the chase: it is highly unlikely that the banana will go extinct, despite what you might have read elsewhere. The feared fungus Fusarium wilt tropical race 4 (TR4) has officially breached Colombia’s banana plantations, according to an August 12 report in Science. There is no known way to cure the fungus, which kills banana plants by choking their vascular systems. This is definitely very bad—Colombia is the fourth-largest exporter of bananas in the world, according to Reuters—but it’s not the banana apocalypse, bananapocalypse, or even Bananageddon that has been predicted by a new crop of yellow journalism.

On August 8, the Colombian Agricultural Institute (ICA) in Bogotá confirmed that the fungus had been spotted in the La Guajira region of the country and declared a national emergency. But to those in the know, the banana rumor mill was buzzing even before the ICA made an official announcement, according to Charles Staver, a banana production research coordinator at Bioversity International. “Until it’s announced everyone can know it,” he says. “But it’s not official until it’s announced.”

The deadly fungus was found in the northern La Guajira region in an area of around 432 acres, 416 of which have been stripped of all banana plants. For an area this large to have been infected, Staver says, the fungus must have been in the country for quite some time before detection. Science first reported that the fungus might have reached Colombia in mid-July, as four plantations were quarantined with a suspected infection. “The normal procedure for a first outbreak would ideally be spotting one suspicious plant and going ‘Holy hell, this looks like Fusarium,’ and calling the authorities,” Staver says. “But in this business of these early warnings, individual farmers lose for acting quickly and efficiently. That’s the dilemma.”

Meanwhile, the ICA has cracked down on quarantine procedures and plans to increase their biosecurity efforts at ports, airports, and border points. Fusarium spreads fast and lives long. Once it’s taken root in a plantation, it’s extremely hard to eradicate. No fungicides work to save infected plants, and the spores sit around in the soil for decades, Staver says. Though he says there’s no way to tell, Staver speculates the spores could have entered the country via farm machinery or workers travelling from abroad, or even tourists. “With these measures, it certainly will not move freely out of the area,” Staver says. “I guess the question is whether it’s already moved and we just don’t know it yet.”

This isn’t the first time we’ve been here. In the 20th century, the United States and Europe lived in the era of the Gros Michel cultivar banana. In the 1950s, the Gros Michel met its swift downfall when the first race of Fusarium wiped out plantations in Central America. Manufacturers like Dole and Chiquita soon switched production to the Cavendish, which was resistant to that Fusarium strain. (Many of those who have tried the Gros Michel, which is still grown in Central America and Africa, still wax poetic about its vivaciously sweet flavor, a shade more complex than the Cavendish.)

This time around, there is no suitable breed immediately available to replace the Cavendish. However, scientists are experimenting with a genetically modified, disease-resistant Canvendish that is tolerant of Fusarium, according to National Geographic.

Though the first strain of Fusarium nearly exterminated the Gros Michel, Staver says farmers are now much more equipped to contain an outbreak. “I don’t think you’ll ever lack for bananas in your lifetime,” he says. What’s more, Staver says the banana market has always been on the verge of oversupply, resulting in a tropical fruit that costs less in the U.S. than fruits that are grown locally, like apples.

So when asked if this news marked a bananapocalypse, Staver laughed. “It’s not an apocalypse, but it is not something to be taken lightly.”

17 Landmark Clocks Worth Making Time For

Tom Brown's retirement hobby is a godsend for chefs, conservationists, and cider.
Video • Wonder From Home

In the middle of one of South America's most historic walled cities lies a bar with an enormous collection of Soviet memorabilia.
Bogotá, Colombia

This tiny shop has been serving traditional tamales for more than 200 years.
New Braunfels, Texas

For this chef, an active volcano is his oven.
Want to see fewer ads? Become a Member.
From Around the Web
Travel With Atlas Obscura
Are you a curious traveler?
Join local experts in 50+ destinations for a once-in-a-lifetime journey.
View Our Trips
Thanks for sharing!