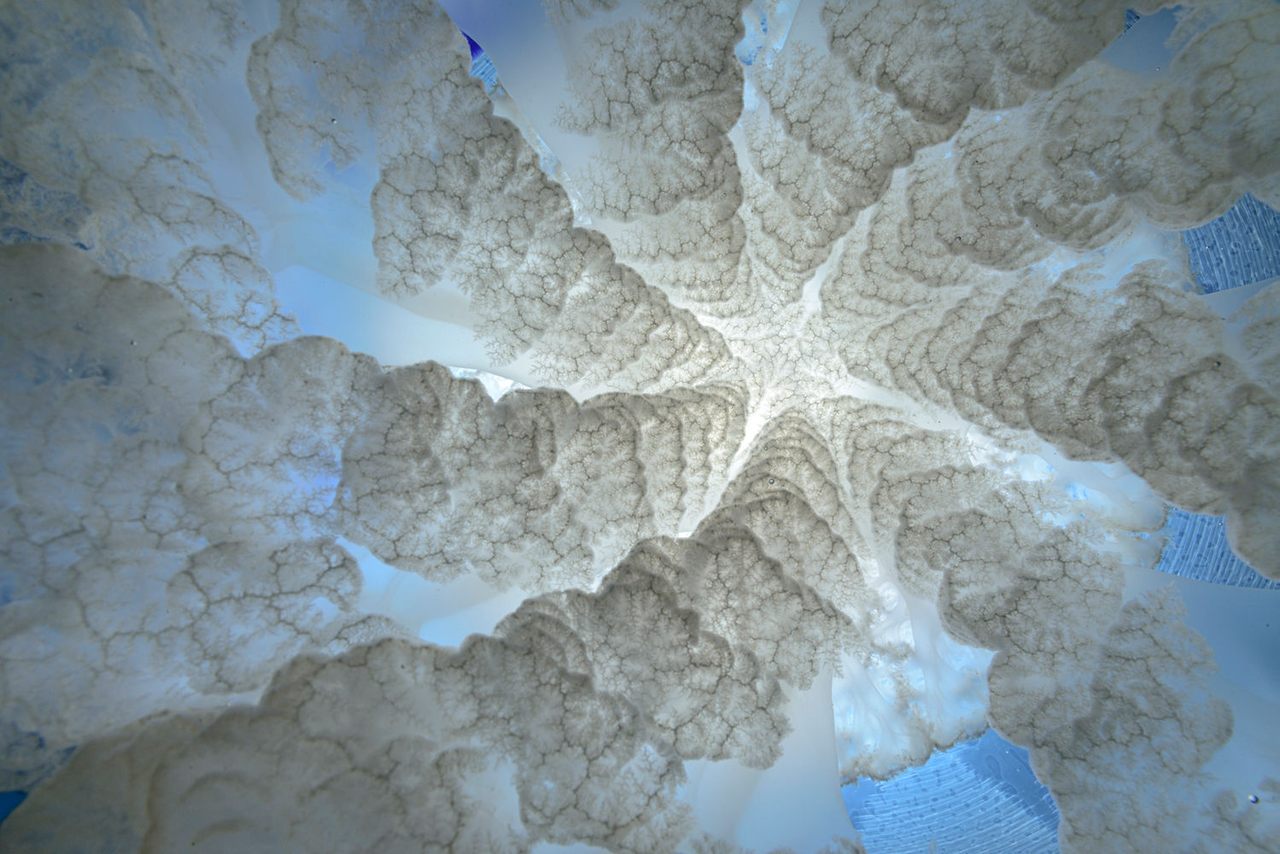 This could be the last thing a plankter saw before being forced up to be consumed. Angel Fitor/Courtesy BigPicture: Natural World Photography Competition
In This Story
Destination Guide

At first glance, there is nothing special about the barrel jellyfish, also known by the rather undignified name of the dustbin-lid jellyfish. Sure, Rhizostoma pulmo is one of the larger jelly species—it can grow to about three feet across and weigh upwards of 70 pounds—but it’s not the biggest, or the most dazzling. (The lion’s mane jellyfish is a candidate for those titles, though a 2019 video of an exceptionally large barrel jellyfish swimming past divers made quite a splash.)

Barrel jellyfish do sting, but they evolved to stun teensy plankton and pose little threat to much larger, relatively thick-skinned humans—online reference SeaLifeBase describes these unexceptional jellies as “rather not very irritant.” They’re not particularly smart either, as brainless jellyfish go, and often wash up on beaches because they’ve ventured into waters too shallow for their size.

R. pulmo isn’t rare or endangered: It’s common throughout its range, which stretches across much of the eastern Atlantic to the Black Sea, with high concentrations in the Mediterranean. And the species is probably going to get even more common, thanks to climate change: Jellyfish in general do well in warmer oceans with less available oxygen. In the last year, barrel jellyfish blooms in Italy, Turkey, and elsewhere have gunked up the coastal waters and beaches.

And yet what a glorious sight these dustbin jellies provide when seen as a plankter might, in its last moments, if a plankter could see as we do. R. pulmo’s puffy arms swirl like jet fighter contrails, forcing its prey toward its mouth in a gorgeous image by Spanish photographer Angel Fitor. “Natura artis magistra”—“Nature is the teacher of the arts”—Fitor declared when he shared the image on Instagram. The award-winning underwater photographer captured this shot in southern Spain’s Mar Menor, the largest saltwater lagoon in Europe. The photograph was a finalist in the Art of Nature category in the 2021 BigPicture Natural World Photography competition.

A massive human-assisted migration lands the imperiled animals back in warmer seas.
science

Studying the animal’s nerve network may help scientists understand our own.
animals

Critically endangered, and a much-sought delicacy, the animals are imperiled at every turn.
animals

No migration is too far for healthy skin.
List

Luck be a... llama fetus?
Video • Object of Intrigue

3:38
Want to see fewer ads? Become a Member.
From Around the Web
Atlas Obscura Trips
Barcelona Behind the Scenes: Music, Mystery and Modernist Treasures
View This Trip
Thanks for sharing!