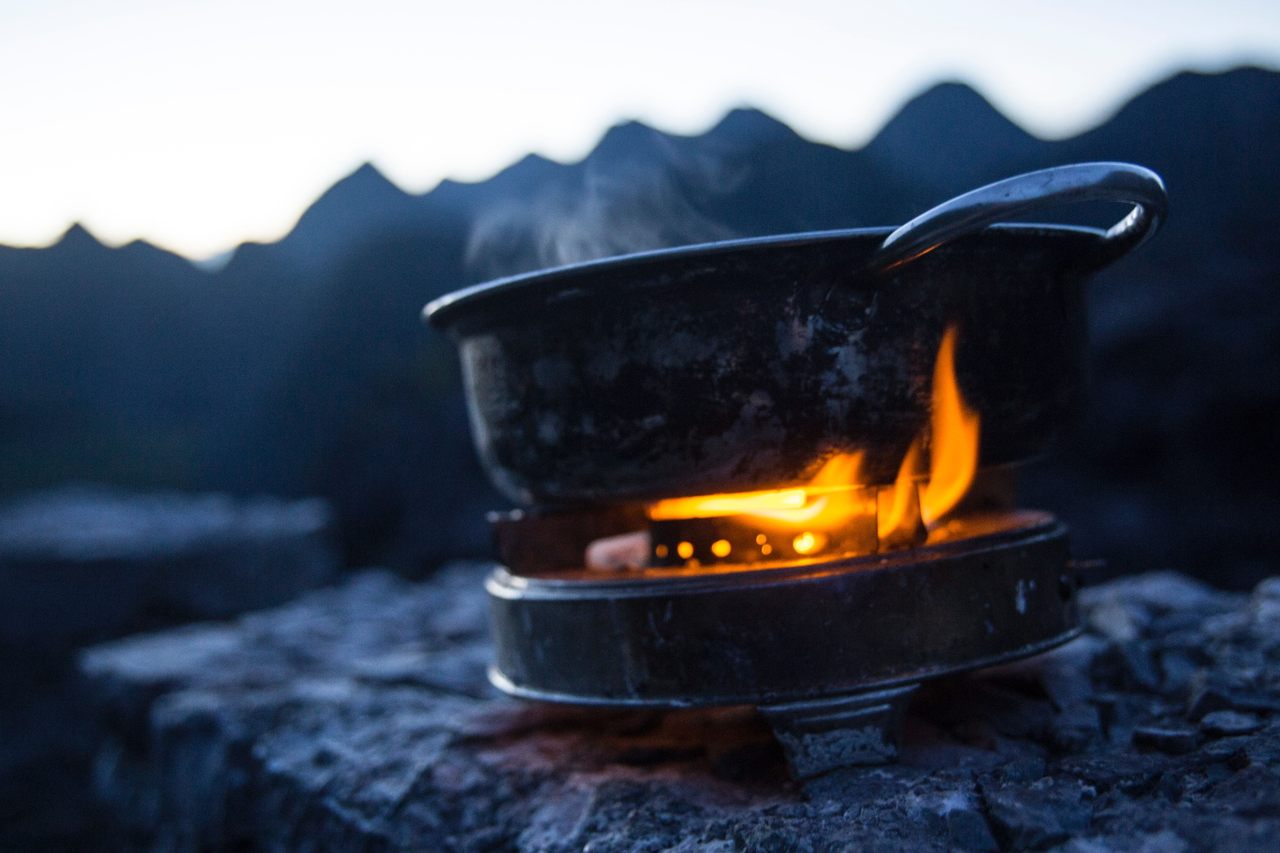 From Vikings to grandmothers, people around the world keep cooking. Pikrepo/Public Domain

Food is both a comfort and a necessity. Thanks to grocery-store workers, delivery people, and many others, those fortunate enough to be sheltering in place at home are sustaining themselves with bread-baking projects, foods from childhood, and new recipes.

But along with its comfort value, food can be transportive. In the last few years, a certain kind of food channel on YouTube has become an island of charming calm in an ocean of frenetic cooking competitions and sped-up, hands-and-pans vertical videos. Filmed in the countryside, or in a quiet kitchen, they feature people around the world making use of ever-more inexpensive technology to film themselves cooking and crafting. They rarely offer instruction—instead, the viewer watches in awe as a cook deftly makes something wonderful.

The queen of food and handcrafts on the internet may very well be Li Ziqi, a young woman from Sichuan, China, with millions of fans and dozens of videos. With intense focus and Herculean effort, she forages, crafts, and cooks in rural surroundings that have the beauty of a fairy tale. Clarissa Wei, a senior reporter for Goldthread, notes that for many people in China, these videos are nostalgic, as they offer “a glorified version of domestic viewers’ childhoods” in the countryside. Li Ziqi and her Yunnan-based counterpart Dianxi Xiaoge both have plenty of fans outside of China as well, she adds. “But the difference is that foreign viewers are amazed by everything they do and see their lives as a type of escapism.”

From a village in Hunan comes a more technical but equally soothing video series. On the channel Xiao Xi’s Culinary Idyll, the host makes dishes ranging from soup dumplings to stewed radish, a process complicated by the fact that he often weaves the bamboo steamer or forges his skillet himself. (He noted in an interview earlier this year that viewers are often much more interested in the food he cooks than the tools he makes.) In this video, Xiao Xi makes Tibetan-style braised chicken in a stone pot, but only after he chips himself a pot out of a rock picked up by the riverside. Xiao Xi has also addressed the current global pandemic by filming himself making Wuhan’s hot dry noodles, a dish that has become a symbol of resilience.

Out of all the culinary feats performed on the internet, those of Grandpa Kitchen are the worthiest. Narayana Reddy, from the Indian state of Telangana, started the channel in 2017, documenting himself and his assistants cooking massive amounts of food for orphaned children and filming it for awed fans around the world. The food itself ranges from Indian classics to massive red velvet cakes and milkshakes, all made outdoors in a lush green setting and enjoyed by hungry children.

In this video, he cooks an immense amount of falooda, a sweet, creamy dessert made with vermicelli noodles. Reddy himself passed away late last year, but his work continues, with recent videos showing his nephew Srikanth cooking orange chicken and American-style fried rice.

All of the videos on this list are far from frenetic, but Peaceful Kitchen from Japan takes it a step further, offering each video with and without music (the latter for those who like the ASMR effect). Plus, host Ryoya Takashima cooks with vegan ingredients (in a 2014 interview, he expressed a desire to be a vegan Jamie Oliver). His videos range from Japanese takoyaki to Turkish simit bread to everything in between, including a how-to on vegan California rolls. The videos, though quiet, are beautiful and thought-provoking, in line with Takashima’s mission to show “how adopting a vegan lifestyle, even at a small scale, can make a significant difference.”

Junichi Yoshizuki is perhaps best known for his video of himself turning a rusty old knife into a sleek kitchen tool once more. On his channel, JunsKitchen, he often ventures out on a bike, with his large fluffy cat, to source ingredients. Once home, he whips up homemade tofu, sushi for his cats, and, as in the above video, a glorious model of a cherry tree made out of tempura and somen noodles.

For those who like more than just pretty visuals, Doña Angela delivers the practicality. On her channel, De mi Rancho a Tu Cocina, she walks viewers through each step of making pozole (a pork and corn-based stew), mole, enchiladas, and gorditas over the course of dozens of videos. Her channel’s title translates to From My Ranch to Your Kitchen, and Doña Angela’s ranch in Michoacán provides many of her ingredients, such as the slightly wilted pumpkin flowers she harvests for the quesadillas she cooks on her wood-fired stove.

While many videos in this genre feature traditional cooking, the series Cooking With Marobud looks even further back to recreate Viking cuisine. Using ingredients that would have been available to ancient Vikings, Marobud, a Czech reenactment group, cooks flatbreads, meat, and soup with elegant tools and neat efficiency. Though a good number of Marobud’s videos are devoted to cooking, the remainder demonstrate other essential skills for Vikings, such as how to start a fire with flint and steel, how to make a Viking backpack, and how to undertake an 800-mile journey to Rome with only Viking-age equipment.

Do you know of any other YouTube channels we missed? You can join the conversation about this and other stories in the Atlas Obscura Community Forums.

A gift guide from the Atlas Obscura team.
restaurants

This old technology is more important than ever.
Video • Gastro Obscura