Why Birds Changed Their Tune During the Pandemic - Atlas Obscura
Want to see fewer ads? Become a Member. 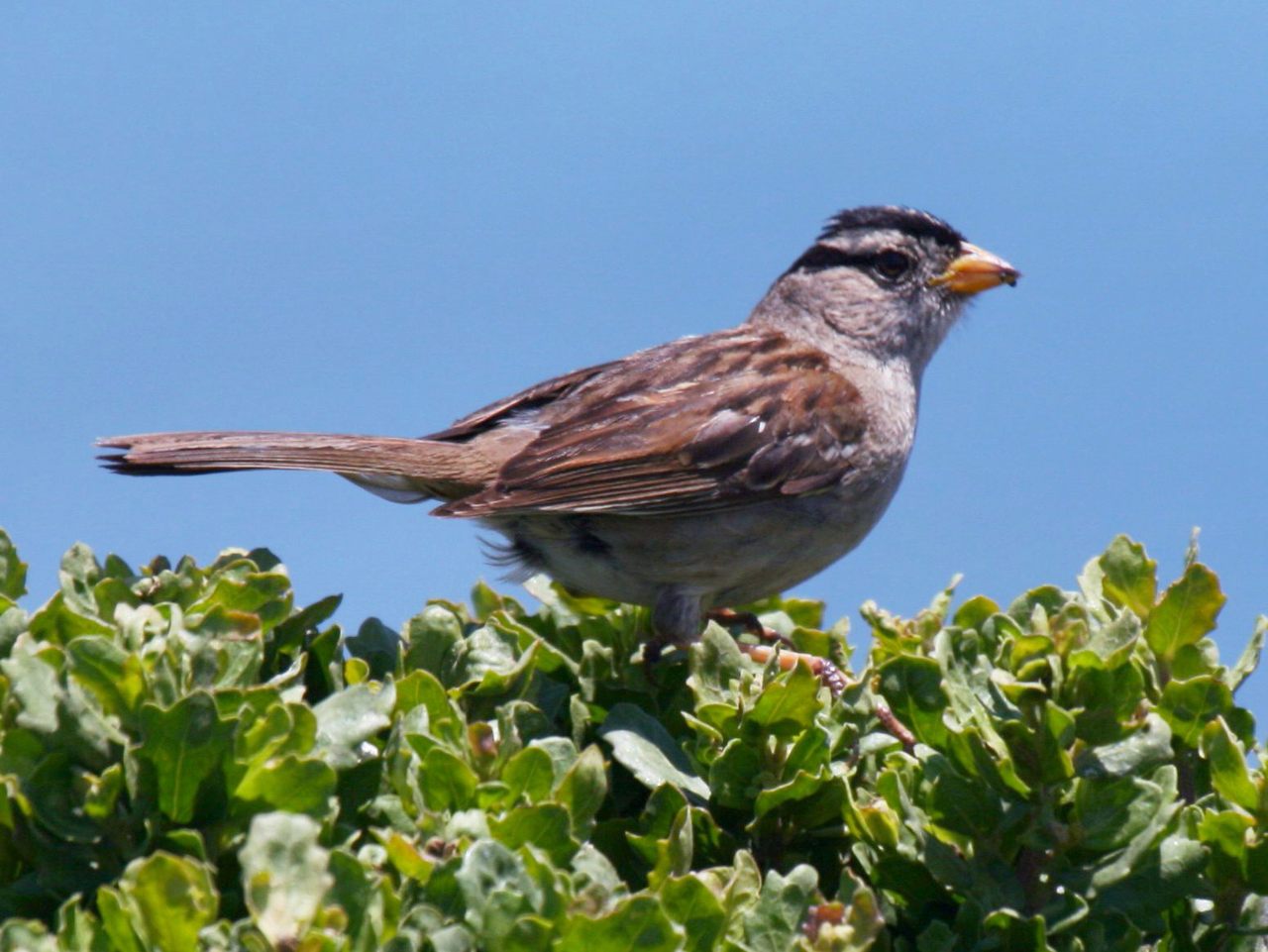 Male white-crowned sparrows (Zonotrichia leucophrys) sing to defend breeding territory. Scientists are not yet sure how pandemic-induced changes to their songs will affect the birds. Dick Daniels / Wikimedia Commons (CC BY-SA 3.0)
In This Story
Destination Guide

In the spring of 2020, as eight million residents of the Bay Area hunkered down at home hoarding toilet paper and dried beans, the natural world sprang to life. By night, San Francisco’s darkened, deserted streets echoed with the howl of coyotes. By day, they filled with the song of birds.

It wasn’t just that the pandemic-induced pause in activity made it easier to hear urban wildlife. Some animals adapted almost instantaneously to exploit soundscapes vacated by traffic and construction. In the unnatural quiet of the Bay Area, amid noise levels that hadn’t been heard since 1954, white-crowned sparrows (Zonotrichia leucophrys) changed their tune.

Elizabeth Derryberry, associate professor of ecology and evolutionary biology at the University of Tennessee at Knoxville, had been studying how noise affects the white-crowned sparrow’s song for close to two decades when the pandemic began its 2020 surge. In San Francisco’s high-noise urban environment, the birds historically sang higher amplitude, higher frequency songs. But in April and May of 2020, suddenly they no longer had to shout over the traffic.

“They stopped singing loudly, yet you could hear them at greater distances because it was so much quieter,” Derryberry explains. You can hear the differences in recordings Derryberry captured in the same spot near the Golden Gate Bridge before the pandemic and during the widespread shutdowns.

The characteristics of their vocal performance changed, too. No longer needing to sing at high frequencies that could be heard over the highway’s rumble, the sparrows’ songs became more expansive, occupying more of the soundscape’s “acoustic bandwidth.” Even those with quiet voices became audible; in those first months, “you could hear four times as many birds as you could before,” says Derryberry.

Song has an essential function in avian social life. In temperate zones, it is used almost exclusively by males as a means of defending breeding territories and attracting mates. In quiet, rural environments, birds tend to sing at lower frequencies at which they can maximize their vocal performances with trills and twitters. But in urban environments, the low frequency noise of traffic gets in the way. In order to be heard, birds subconsciously raise the pitch and volume of their songs, a phenomenon called the Lombard effect.

While birds are easier to hear due to the Lombard effect, when they raise their voices the quality of their vocal performance goes down. They can no longer fill their songs with warbles, trills, and flourishes. Without them, the birds are less effective at defending breeding territory from encroaching bachelor birds. There is one thing they do better, though: they are easier to hear over long distances not just by other adult males or randy females, but by juvenile birds learning to sing.

Songbirds have a narrow window in early life where they listen and then they start to babble just like infants. They compare that to their auditory memory, and they practice over and over, just like a baby,” says Derryberry.

The songs they are most likely to listen to and imitate are those that are “most transmissible in a noisy environment,” says Bruce Byers, associate professor of biology at the University of Massachusetts at Amherst. “If they carry better or farther, the chance of young birds hearing those songs is higher than songs that don’t carry as well.”

In rural communities then, young males are more likely to pick up more complex low-amplitude, low-frequency songs while birds in urban communities will mimic simpler high-frequency, high-amplitude songs. Continued repetition over time results in a cultural trajectory of vocal performance that is specific to that community of birds.

Although it is once again noisy enough to drown out the quieter, lower-frequency in San Francisco, the white-crowned sparrows still seem to be singing the songs of the “silent spring. While it is possible that the pandemic catalyzed long-term changes in the cultural trajectory of sparrow songs, it’s also possible that the change is simply a reflection of the vocal elasticity of the sparrows, says Byers. “The birds have the same old types of songs they always had but individual birds altered them in response to noise,” he explains. “That really suggests there was no kind of permanent change that couldn’t quickly be undone.”

Derryberry isn’t so sure. The interruption in the soundscape caused by the pandemic was, after all, a once in a lifetime event with no scientific precedent. “I don’t have a clear answer here, but the preliminary data suggests they haven’t switched back [to their pre-pandemic songs], and we don’t know why,” she says. “We don’t know if that’s a good thing or a bad thing. We’re waiting to see what their songs do.”

A sudden shift in vocal performance has the potential to divert the cultural trajectory onto a new path. When the pandemic quiet caused San Francisco’s white-crowned sparrows to trade “shouting” for low-frequency twittering, the types of songs being picked up and repeated by juvenile birds changed, too. They acquired the lower frequency songs their fathers had adapted for the new soundscape, not the pre-pandemic songs tailored to high noise levels.

What a toxic Andean lake has to say about the dawn of life.
vampires

As birds go, these Australian animals are unusual in many ways, including how they divvy up parenting duties.
Video • Wonder From Home