How Traditional Teas Are Taking Root in the Blackfeet Nation - Gastro Obscura
Want to see fewer ads? Become a Member. 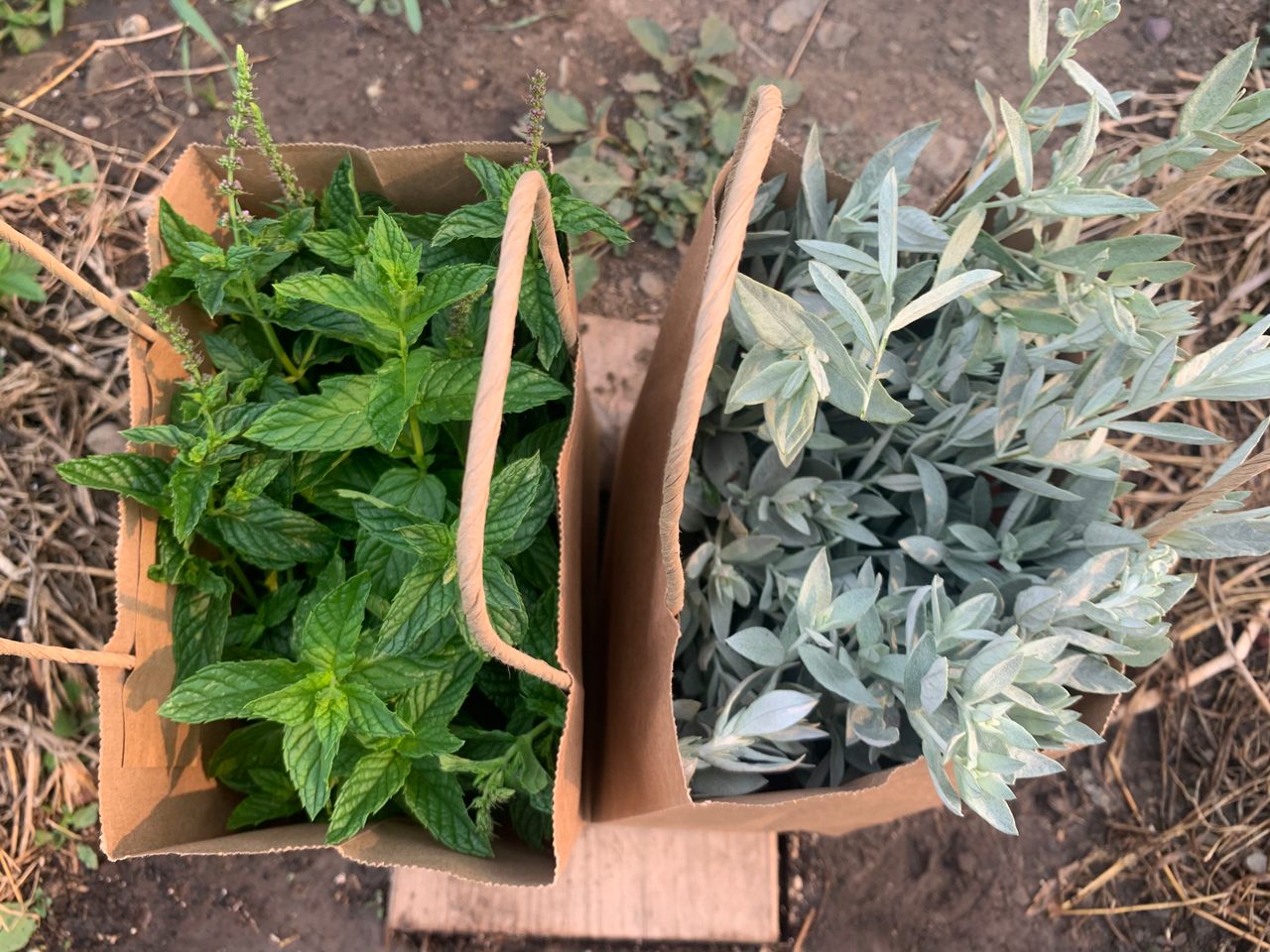 Harvested herbs, ready to be made into tea. All images courtesy of Danielle Antelope
In This Story
Destination Guide

In the winter of 2020, Danielle Antelope was working at The Pantry, a food bank on the Blackfeet Reservation in Browning, Montana. It was the height of the first Covid-19 lockdown, and because of social distancing requirements, the Pantry had become a drive-through, with minimum interaction between visitors and staff. But a driver did stop one day to ask Antelope a question. “Do you guys have tea that you could put in the boxes?” asked the woman, whom Antelope respectfully refers to as a “grandmother.”

Herbal teas, in fact, are an important part of Blackfeet traditional medicine. They’re used for both physical and mental health, to help with anything from stomach aches to tiredness. They also provide a spiritual connection to the land, since their ingredients are traditionally foraged. “Wild rose hips are our original source of vitamin C,” says Antelope. “I like to blend them with peppermint after a long day. Peppermint relieves that stress and the rose hips give me a boost of energy.”

Antelope is the executive director of FAST Blackfeet. FAST, which stands for “Food Access and Sustainability Team,” founded the Pantry in 2009 to promote access to healthy, and ideally native, food. Antelope herself grew up in a foraging family in Browning. “My grandmother would say: ‘It’s perfect timing! The plants are ready, let’s go harvesting!’” Antelope remembers. “And we’d all get into our cars and follow each other, sometimes to Glacier [National Park], sometimes to different parts of the reservation.” After her grandmother died, Antelope realized how rare those foraging skills had become in her community; few people knew where to find plants or when to harvest them.

During her studies in Sustainable Food and Bioenergy Systems at Montana State University, Antelope came across the work of Indigenous food activist and celebrated chef Sean Sherman. As the founder of the Owamni restaurant and the Indigenous Food Lab in St. Paul, Minnesota, Sherman’s advocacy profoundly inspired her. “He explained how the loss of land access was also the loss of food access,” she says. “That is exactly what being on a reservation is like.”

Historically, the U.S. government displaced and then restricted many Native American tribes to reservations. Whole communities could no longer rely on their deep knowledge of local food systems and became dependent on commodity programs instead.

When that driver asked for tea that day at the Pantry, Antelope was keen to help. “Our community is very, very grandmother-based,” says Antelope. “They’re holding families together, they’re supporting children and grandchildren. And I knew that that grandmother would not choose to buy a $11 box of tea instead of a pack of hamburger at the grocery store, even though she knew tea would help her health.”

Sourcing herbal teas felt like a great fit for FAST’s mandate but proved hard to find and prohibitively expensive. Antelope and her colleagues therefore came up with an alternative plan: What if they grew the tea themselves?

Soon afterwards, Antelope ran a survey to find out if locals would be interested in cultivating tea gardens. Several dozen people replied, from which she selected 10 to start the Growing Health Tea Project. The survey gave Antelope an insight into why people didn’t garden in the first place. “The number one reason was lack of knowledge. There’s nowhere in town to go and learn how to garden, how to grow your own food,” she says. There were other logistical issues too, such as potential volunteers not having a tap or access to enough water.

In spring 2021, the raised beds went up, and the plants went in: yarrow, wild rose, peppermint, bergamot, elderberry, raspberry, and sage. Antelope set up her own garden too, so that she could learn along with the participants. There were some growing pains: a dog dug up Antelope’s garden the day after she’d planted it. A couple of other gardens had suffered the same fate, so they installed fencing. “That was lesson number one,” she says, laughing.

As the growing season progressed, participants began recognizing the same plants out in the wild that they were growing at home. “We realized that these gardens were acting as classrooms,” Antelope says.

At the end of the summer, the gardeners harvested the herbs, dried them, and sold them to The Pantry. FAST Blackfeet then ran a tea blending workshop as part of its nutrition program. Participants learned the medicinal properties of the plants, how to blend them to combine sweet and bitter flavors and how to brew each blend. The teas were finally distributed in The Pantry’s boxes in March this year.

“This whole year has been a learning process,” Antelope says. But it’s also been a resounding success. Most of the gardeners want to continue making tea, and some even want to expand to vegetable-growing. More people in the community have asked to join in too. “We realized that each participant had impacted at least five people: a friend who’d come and visited more often because they wanted to see the garden, neighborhood kids that came over to learn about the garden,” says Antelope.

This year, the Growing Health Tea Project will have a new crop of participants, while last year’s veterans will learn how to harvest plants from the wild. The Pantry then plans to set up a cooperative that will buy the vegetables and the herbs produced by the gardens and its newly experienced foragers. Some of the tea will find its way into the Pantry’s boxes, but FAST Blackfeet also wants to open a tea shop to support this growing project. Hopefully, it will be a place for people to enjoy healing brews and reconnect with the products of their land.

Podcast: The Places We Return To

The humble nuts were once a staple food.
Video • Wonder From Home

The oldest continuously-operating Chinese restaurant in the United States has been in business since 1911.
Great Falls, Montana

"Polynesia on the Plains."
Genoa, Nevada