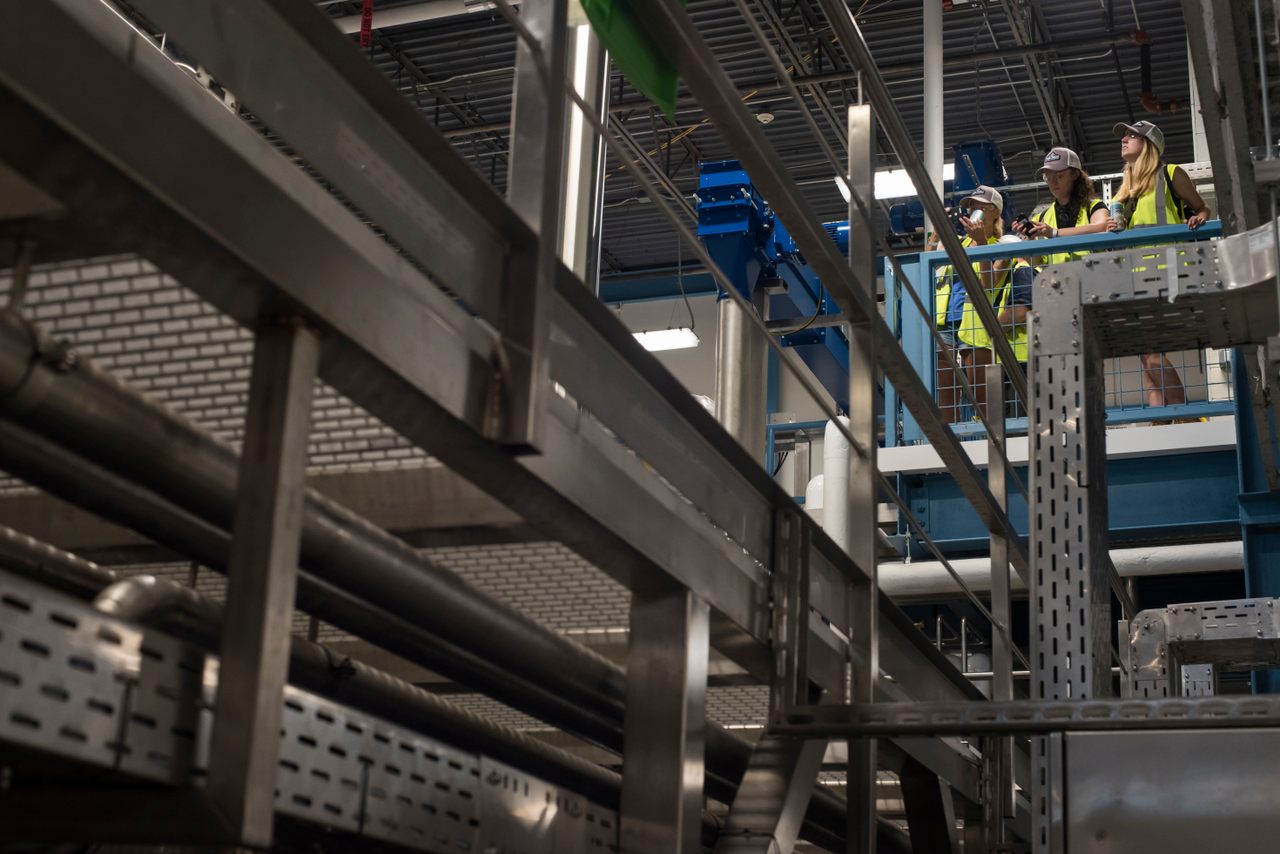 All photos by James Sprankle. jamessprankle.com

Ernest Hemingway once described a moment immediately after eating an oyster thusly: “I lost the empty feeling and began to be happy and to make plans.” Though he was writing from a time and a place far away from Patchogue, Long Island, one could see a similar reaction across the faces of guests who joined Atlas Obscura and Blue Point Brewing Company for a decadent evening of oysters, beer, and exploration on a recent Friday night. One might even describe the experience as a moveable feast....

Together, Atlas Obscura and Blue Point encouraged would-be weekenders to exercise their right to celebrate Summer Fridays by hopping on the LIRR, brown-paper-bagged beers in hand. After arriving at the Patchogue station, guests were whisked away by tour bus to the site of Blue Point’s soon-to-be opened brewing facilities, where they were treated to a private, hard hat tour by the president of Blue Point, Jenna Lally. Those who went on the tour got to taste Blue Point’s new Summer Friday IPA, which had been canned the day previously in anticipation of the event.

From there, the mobile party continued, as guests took a bus ride along Long Island’s South Shore to the Blue Island Oyster Farm. On the ride, they were treated to a “colorful” lecture about the history of talking like a sailor from historian Mark Roberts. At Blue Island, guests got to see a real working oyster hatchery that provides mollusks for some of New York City’s best restaurants. There they sipped beers, slurped oysters, and learned the inner workings of sea farming. They viewed impossibly tiny baby oysters under a microscope, and witnessed the bubbles and burbles of an algae laboratory.

Finally, guests headed to Blue Point’s original brewing location for a indulgent lobster dinner. Guests feasted, banquet style, and then made their way to the tap room where they continued imbibing. Aerial acts, burlesque performers, and a live band playing sea shanties transformed the parking lot into a oceanic carnival. After a relaxing Summer Friday with Blue Point and Atlas Obscura, guests returned to the LIRR, full, happy, and ready to make plans for their next adventure.

This post is promoted in partnership with Blue Point Brewing Company. Learn where to Sip Back and Relax here.

For a few brief generations, at least.
Sponsored by Blue Point Brewing Company
Want to see fewer ads? Become a Member.
From Around the Web
Thanks for sharing!