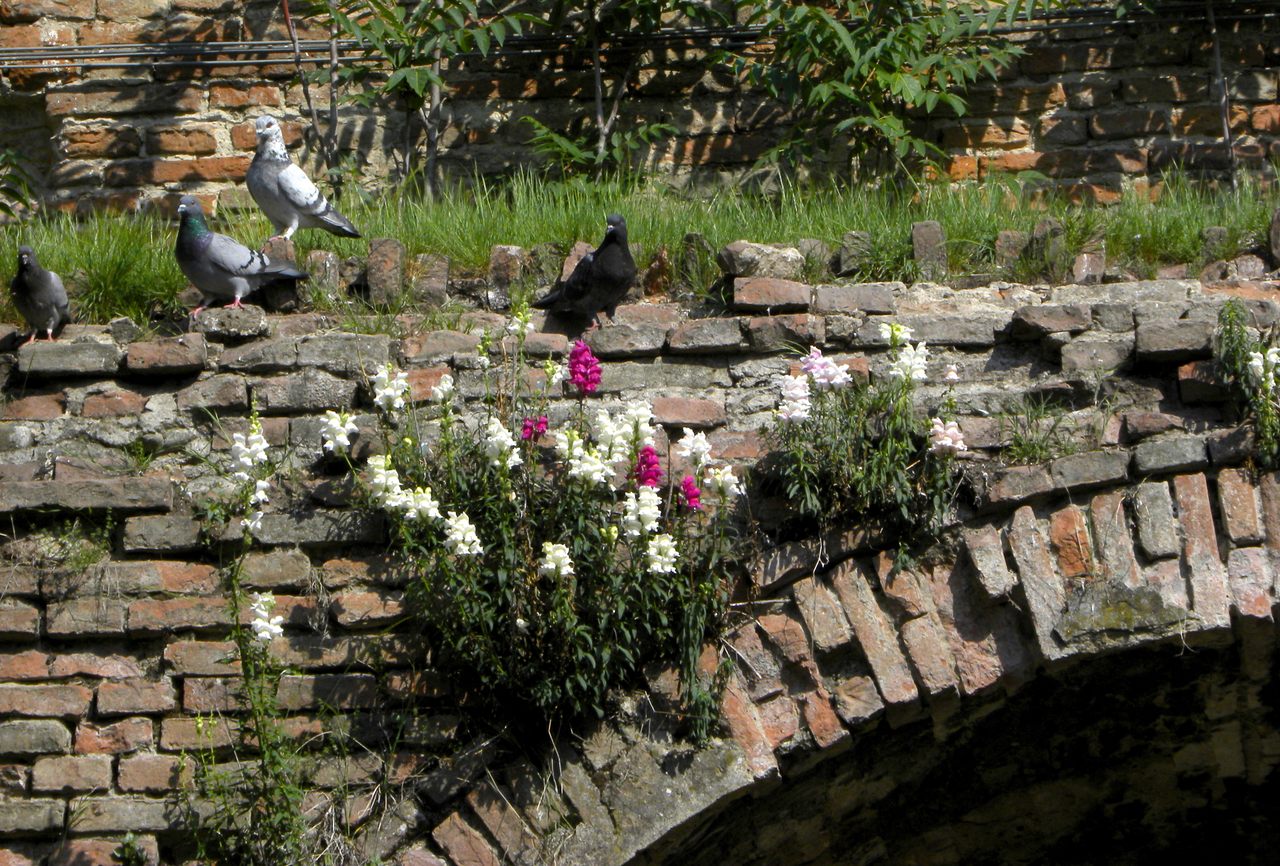 The year was 1894, and Lucio Gabelli was scouring the avenues and alleyways of Bologna, Italy. He was on the hunt for greenery, all that he could find, counting and documenting as he went.

The botanist likely saw fleaworts and pearlworts, nightshades and violets—all species native to the foothills of the Apennine Mountains of northern Italy—in his effort to catalog the city’s urban flora. But some of these plants were so commonplace that he didn’t bother to include them. He was in search of rarer finds, such as Heliotropium amplexicaule—the creeping heliotrope—native to South America, which he only found one of. Such plants were worthy of special note.

Gabelli’s catalog of species is a rare snapshot of what Bologna’s plant life looked like over a century ago, before either World War. While not comprehensive, his work has provided a baseline for the region’s natural environment before innovations in trade and transit greatly increased the flow of products, people, and plants across oceans and borders. Today, if we want to know how things have changed, it helps a lot to know what they looked like before.

Last year, another botanist, Mirko Salinitro of the University of Bologna, also walked every street of Bologna’s city center, counting plants. He walked by the same Roman ruins and in-use medieval buildings that Gabelli did. He also traversed the newer parts of the city, built after much of the area was destroyed in World War II. There, Salinitro says, plant life is fewer and farther between than in the other, older sections, where the flora has had centuries to gain a foothold and reach up to the light. At one point in his survey, Salinitro was stopped dead in his tracks. There, in a small yard, was the creeping heliotrope.

“The species is still present, and only in the one place Gabelli reported it,” says Salinitro. “It’s not naturally present. We think it’s still the same population that’s still surviving.”

The heliotrope is one of nearly 500 plant species now present in Bologna, nearly triple the number of species counted by Gabelli in 1894. Salinitro’s new study, published in Nature, shows that Bologna’s floral diversity has jumped. He also found that non-native and sometimes invasive species leapt up as well—up to 30 percent of the total plant population in the city, from less than 13 percent. Whether this is good or bad isn’t so clear, but it’s obvious that Gabelli would have been stunned by what’s sprouted in his city.

“What’s happening in cities all around the world is homogenization, or ‘McDonaldization,’” says Margaret Stanley, who specializes in the impacts of invasive species and urban development at the University of Auckland, via email. “The vegetation in cities all around the world becomes full of the same species (not the ones unique to that area), and cities start looking the same.”

In some ways, this is caused by the distinctive growing environments of urban spaces. In Bologna, as in many other cities, plant life exists on the fringes. Euphorbia prostrata, a type of spurge, peeks out between stones. The ivy Cymbalaria muralis finds purchase in the mortar between bricks. A large Dryopteris filix-mas—a common male fern—grows from a crack on a column. Salintro’s study shows that many urban plants, regardless of where they originally come from, are hardier, opportunistic species that can endure warmer temperatures and make do with less water. Many of these can be non-native species, but Salinitro says that this might not necessarily be a bad thing.

“When you talk about a city where basically the natural environment is destroyed, the alien species are sometimes the species that can colonize habitats that otherwise would be empty,” Salinitro says. “If they can colonize the cracks in the concrete, they create a habitat for insects, pollinators, so they are useful for that reason.”

Salinitro’s study also reveals the patterns in urban landscapes—with moisture-hungry plants in urban gardens, and tougher sorts that require less human minding and maintenance able to make it out in the streets.

“Drought-resilient species will be the winners in cities,” says Stanley, citing the urban heat island effect, the idea that cities tend to be warmer than their surrounding areas because of human development and activity. According to a 2008 study in the International Journal of Biometeorology, Bologna can expect a “general increase of 2.7 °C of winter temperatures in the city centre compared to the countryside.”

“A warming climate will likely influence which species will survive in cities and push towards the drought-resistant end of the spectrum,” Stanley adds. This impact is likely to make urban flora more foreign overall. The plants of Gabelli’s Bologna will continue to give way to migrants that are better adapted to the conditions we made for them. By the same token, these newer arrivals will also face the other challenges of life in the big city.

“These plants are trying to find their place in the city, typically in corners where nobody’s growing anything,” Salinitro says. “Orchids, too. Endangered orchids. If someone decides to put up a parking lot, it’s over for them.”

For one thing, they tell us that plants aren't blooming when they used to at Walden Pond—or most anywhere else.
trees

Environmentalists see small reforestation pilot sites around the capital of Amman as a first step to a greener future.
bats

How Preserving Agave Could Help Save an Endangered Bat

Conservationists hope to protect the Mexican long-nosed bat by working with ranchers and other locals to preserve the plant it needs.
Video • PinDrop